The Second Amendment Is About Gun Control 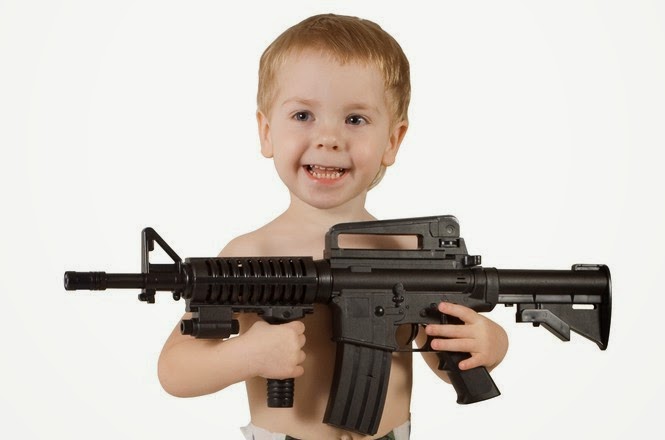 II. A well regulated militia being necessary to the security of a free state, the right of the people to keep and bear arms shall not be infringed. --U.S. Constitution, Bill of Rights

As controversial documents go, this one is short. It's also convoluted. Like much of the foundational legislation of the United States of America, the second amendment to the Constitution suffers from dependent clauses and the passive voice. With that said, it's telling what the first half of the amendment states, quite plainly: "a well regulated militia..." The entire reason for a "right to bear arms" is maintaining a well regulated militia.

Set aside for a moment the reality that the role of maintaining security has become the province of an immense military-industrial complex with highly regulated armed forces and police forces at every level of American society, that said military and police forces are under constant scrutiny from elected civilians from city hall all the way up to Congress, and that only a small fringe believe there is any place in America for volunteer citizen militias of the sort that have fought in wars throughout modern history, with or without the sanction of government officials. Most Americans are quite comfortable with having the ATF shut down cells of wingnut militias with huge caches of weapons.

Set that all aside and focus on these two words: "well regulated."

Libertarian gun advocates like to skip over this close and go directly to "the right of the people to keep and bear arms," as if the amendment began there. It does not. It begins with regulation--and not just light regulation. The words are "well regulated."

You know what's well-regulated in our culture? Tobacco. Alcohol. Automobile ownership and operation. Water quality. Pharmaceuticals. All of these are areas the government regulates with enormous rule books over which teams of lawyers haggle and politicians campaign, but the existence of which cannot be questioned. Nobody wants to drive through downtown Portland without stoplights, purchase pain relievers from an unregulated marketplace, or drink tap water treated to Third World standards. Similarly, while the most libertarians of conservatives may argue differently, most of us are happy keeping cigarettes and whiskey out of the hands of children.

And most of us would be happy doing the same with firearms, mandating that all who own these deadly devices have at least as much safety knowledge of them as is required to possess a driver's license. The National Rifle Association is even in agreement with this principle--that a responsible gun owner is a knowledgeable gun owner--and yet will not stand behind any sort of government regulation to require this.

Instead, there is a patchwork of state laws, some more strict than others, but none rising to the level of the most relaxed of European laws concerning firearms. Every school shooting generates hand wringing and calls for reform, but all such efforts die in the face of virulent opposition from the NRA. Even laws that simply mandate safe storage of firearms, to keep children from accidentally killing each other, are opposed by the gun lobby, as hundreds of children every year die needlessly because their parents can't be bothered to keep guns out of the hands of toddlers.

And always the argument is "second amendment rights." The Constitution guarantees these rights to anything-goes gun culture, the lobbyists argue, conveniently ignoring the first half of the amendment.

How long until we stop cherry-picking the Constitution? How long until we start enforcing the mandate of the first clause, that this right to bear arms be well regulated? The security of not just our borders, but of our children is at stake. Yesterday a 14-year-old died at Reynolds High School when a man brought a rifle into the building and opened fire. Last week a "good guy" who sought to stop two shooters in Las Vegas was killed by one of them. Point a gun at a human being and pull the trigger and chances are very good that someone will die. I'd feel a lot more secure if the people owning these weapons were required to be licensed, just like all the drivers around me during rush hour. And since the Constitution doesn't just suggest it, it practically requires it, when are we going to start operating like a democracy that takes its own founding documents seriously, and impose some regulations on these tools of death?
gun control gun safety NRA second amendment well regulated militia
Location: Portland, OR 97229, USA