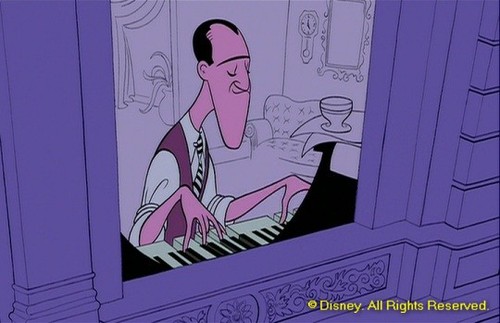 It's the music teacher's dirtiest secret.

All year long, we labor to create engaging, interactive, hands-on lessons that should, given the right conditions, immerse children in a musical education experience that amuses, inspires, and utterly involves them in becoming lifelong musicians. Some days, we even manage to do just that. Most days, it's hit and miss, as other factors interfere with total engagement: fire drills, interpersonal drama, fidgety kids acting up. Add to those the huge factor of the environment in which I have to teach--a gymnasium--and you can understand why I often come home exhausted. And yet, for all these struggles, I manage to hold firm on one principle: my lesson plans will never consist of these two steps:

Never, that is, except on sick days, when I know there's not a sub in the district who can pull off one of my lessons, though I always give them the option to play Musical Chairs or, if they've got their own bags of tricks, open it up and see what happens.

There is, of course, one more exception, or I wouldn't have called this my dirtiest secret: The End of the School Year Blues.

I had high hopes of wrapping up the year with a bang. After finally discarding the recorder unit after almost a year of trying to make it work (gymnasium acoustics never cooperated), I decided to teach a unit on the blues to fourth and fifth graders. Some of them were genuinely interested. But there was a group of mostly boys in every class that just wouldn't have it. After five attempts at presenting the introductory lesson, I ditched the unit and went into my video library, coming out with "Stomp Out Loud," a fifty-minute almost wordless video of performances, both on stage and in the street, by the dance/percussion troupe. I've tested this video on a variety of students, and it's never let me down. So far, it's held the attention of even the most testosterone-drenched fifth grade boys. Once we're through it--it takes two classes--I'm holding onto the option of playing another Stomp video for them, or of having them try their own hands at making percussion music with buckets, chairs, and other objects.

Then there are the younger students.

They always find the space a challenge. Kindergartners, in particular, can't handle the size of the gym. I have to find ways to cordon part of the room off. I have them move as much as possible. But as the year draws to a close, they just can't take it. So I'm showing them "Fantasia 2000." They love the images, and the accessible classical music appeals to them. Some even get up and wave their arms like conductors. I've shown the same video to some first graders, but I'm holding off with second and third graders, trying to squeeze just a little more musical education past their shrinking attention spans. Even with them, I may find myself, in the last few days, giving in to the desire to just insert a DVD and push play.

I don't like doing it, even when it so clearly holds some students better than anything else I've tried. Video learning is passive. Even using it as an inspiration for interactive lessons, as I'll attempt later this week with my own Stomp unit, gives me qualms. I'd rather wow them with my own skills, as I did with some fourth graders this morning at the end of the video, playing complex rhythms on my body and seeing how well they could match them.

At the end of the day, though, this is about sanity. It's like taking a rest day from a strenuous workout regimen: the body can only handle so much. My teaching body is spent. A year split between two high-needs schools, struggling to hold the children's attention in rooms designed for running and playing rather than listening and creating, has drained me. I'll squeeze out a few more lessons, but if it becomes clear it's a lost cause, I'm glad I've got a solid collection of videos to back me up.

And who knows? Watching those performers beat out cadences with broomsticks, or seeing "Rhapsody in Blue" come to life, might just be the ticket to get one of these kids to take up the drums, the piano, or a pair of dance shoes.