Showing posts from July, 2017
Show all

The most stunning thing about the Icefields Parkway is how far off the road one has to walk to see any ice. It's a spectacular drive up Canada's spine. Heading north from Lake Louise, the highway climbs steadily up to a World Heritage Site, the Athabasca Glacier, an icefield that empties into three oceans (Pacific, Atlantic, and Arctic). As recently as the 1980s, summer drivers would've needed sunglasses for much of the route, as the glacier would've come right up to the road, and much of it is still closed in the winter. That's not the case anymore: as we saw on our way north two days ago, the glacier has retreated drastically. In fact, since 1892, when the first measurements were taken, the Athabasca has receded almost a mile. Reaching the ice now involves driving a half mile off the road, then climbing a steep trail. Along the way, one passes markers that show the former extent of the ice. Interpretive signs on the trail make no bones about why visitors are
Post a Comment
Location: Vancouver, BC, Canada
Read more

Too Bad, So Sad

Shattered dreams. I'm so sorry, guys. I know how it feels. I know because I've been there. I've built my life around a single goal, allowed it to influence every decision, worked so hard for it that all other priorities fell away. For me, that goal was to be ordained an elder in the United Methodist Church. It took me ten years to achieve it, then just five for it to fall away. It was my second divorce that really drove the message home: it was unhealthy for both me and everyone I loved for me to continue clinging to that goal, and so I left ministry, initially on a leave of absence, but finally, two years later, as teaching began to open up for me, for good. Giving up on that dream was as painful as either divorce, and for similar reasons: it wasn't just what I wanted; it was, to a very large degree, who I was.\ So I understand what Paul Ryan, Mitch McConnell, and Donald Trump must be feeling right now. All three of them staked their political legacies on
Post a Comment
Location: Portland, OR 97229, USA
Read more 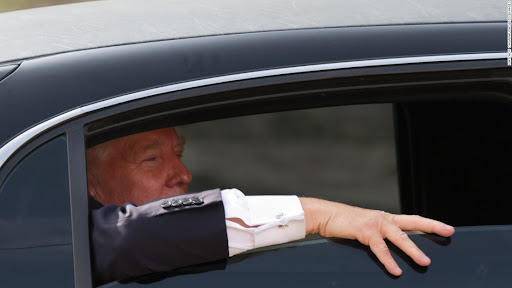 Why doesn't he care? From the moment he began campaigning for President, Donald Trump's polls have been abysmal. As a people, Americans really don't care for his lying, bragging, pandering, insulting, bald-faced demagoguery. A significant majority of us see through find the man offensive, and believe he's dragging the nation down to ruin. Since taking office, his approval numbers have declined to a point where no President in the last 70 years has been so disliked so soon after winning election. American politicians live by the poll or die by the poll. Senators, Congresspersons, Governors, state legislators, mayors, city councillors, school board members--whatever power any of them has is utterly dependent on being popular enough to win the next election. In many cases, they can count on their base--the rabidly partisan contingent who would vote for a yellow dog rather than a candidate from the other party--to put them over the top. This is especially true of the
Post a Comment
Location: Portland, OR 97229, USA
Read more 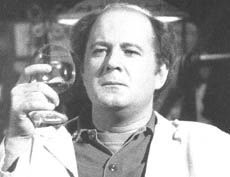 "I do one thing. I do it very well. Then I move on." --Charles Emerson Winchester III, M*A*S*H It was Winchester at his most infuriatingly correct and absolutely wrong. There he was, a crack surgeon drafted into a front line mobile surgery, taking the time to be certain the work he was doing to save the life of a wounded soldier was done right and, in the process, ensuring the young man's survival, but in the process endangering the lives of several others stuck in the waiting area. Around him, his colleagues were taking all the shortcuts required of meatball surgeons whose goal was quantity over quality. They had learned through experience that there was no time to spare, that meticulousness cost lives, and that the sooner they could get the next patient on the table, the less likely they were to lose him. They weren't working in Boston's finest hospital, after all: their surgery was a tent.  Winchester came late to MASH, joining the cast at a time whe
Post a Comment
Location: Portland, OR 97229, USA
Read more

Consequences, Schmonsequences. They'll think about it tomorrow. Fiddle-dee-dee! War, war, war; this war talk's spoiling all the fun at every party this spring. I get so bored I could scream. Besides... there isn't going to be any war.--Scarlett O'Hara It's almost as if they think tomorrow will never come. On climate change, health care, tax reform, civil rights, renewable energy, immigration, issue upon issue that directly affects their constituents, Republican legislators in both the House and Senate have acted, since taking office, as if they care nothing for the continued existence of the nation, the planet, or even their jobs. Of course, with the exception of getting far-right justice Neil Gorsuch on the Supreme Court (and only by virtue of first unprecedentedly freezing out President Obama's perfectly moderate nominee for a year, then altering Senate rules to avoid a Democratic filibuster), the first (and, hopefully, only) Congress of the Trump E
Post a Comment
Location: Portland, OR 97229, USA
Read more 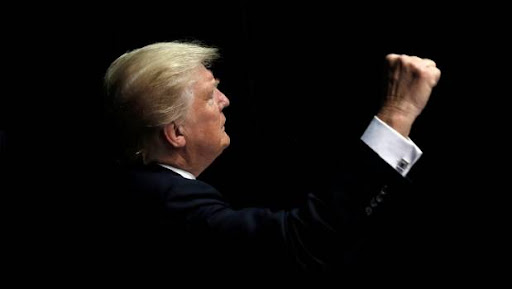 Then-candidate Trump gestures to a crowd during a rally last September. What did you do during the war? My generation grew up asking that question of our parents and grandparents, and all of them had answers. Many of our fathers served in the armed forces. Some of our mothers were also part of the military. But you didn't have to be a soldier, a sailor, a pilot, or one of the many behind-the-lines support personnel to have stories about the war. Everyone was impacted in some way: much of the American economy pivoted to support the American role in the war, with major industries retooling to produce tanks instead of cars, guns instead of appliances. Those who stayed behind learned to get by with what they had, nursing older cars along at lower speeds to conserve rationed gasoline; or simply to do without. I can't begin to imagine what it was like to try and live a normal life during this time. It's not that I haven't had to live with things hanging over my
Post a Comment
Location: Portland, OR 97229, USA
Read more 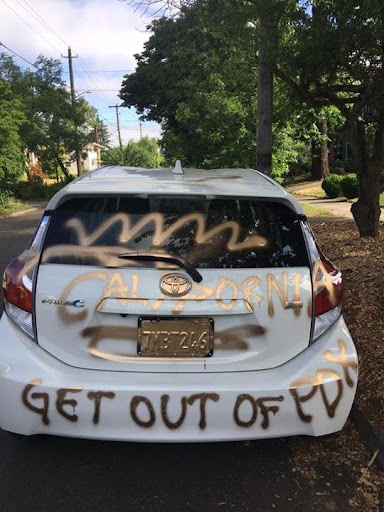 Vandalism on the car and home of recent emigrees to Portland. I was grooving to a blues band when Amy showed me her phone. She had clicked on a Facebook link that took her to an Oregonian  stor y about a young couple whose home and car had been vandalized, possibly by an impatient motorist who, after having to briefly wait behind their car as one dropped the other off at their home, shouted at them to "go home to fucking California." It was a beautiful day on the waterfront, and the music was all good--ten great bands, no two of them alike, all at the top of their game--matched with an enthusiastic, joyous crowd; and yet, seeing the picture, and putting it in the context of this time of great political turmoil, I couldn't help but be brought down. In fact, if this were a vlog instead of a blog, I'd sing you some blues, something like this: I just looked at the paper, and what I saw brought me down. That's right I just looked at the paper, and it really br
Post a Comment
Location: Portland, OR 97229, USA
Read more
More posts