Showing posts from March, 2020
Show all

They do this without thinking. Hey, teachers: raise your hand if you've never been frustrated with how little actual content you teach in any given school day. I know I'm not alone in this. There are days when I'm lucky to teach even a fraction of the musical concepts I've planned for. Some of my 30-minute classes wind up being all about the drama going on between two classmates, or the never ending struggle to calm a severely disregulated child long enough to be able to give any attention to the rest of the group. The learning goals I share with children at the beginning of every class always include a promise not to talk without permission, and to listen at all times. In fact, there are times when it feels like all I'm doing is teaching children how to behave so a few of them can finally learn something about music. A full week of such classes--as often happens after children have been away from school for a vacation, break, or even a long weekend--leav
Post a Comment
Location: Portland, OR 97229, USA
Read more

Warming Up to Uncle Joe

This is how I greeted kids arriving at the music room last week. It's come down to which uncle I'd rather have in charge of the country. I'm fond of Uncle Bernie. When there's a family argument, I can always count on Bernie to be on the right side of issues, and to argue his points vigorously and with unshakeable certainty. Bernie knows he's right, and when you're right, why even consider compromise? And Uncle Joe can be a bit foggy at times. He's not always sure what his position on issues is. He's spent so much of his life hashing out compromises that it can be hard to know where he stands on anything. Sometimes his faulty memory leads him to rattle off a story that just isn't true. One would think, then, that given Bernie's rectitude on so many moral and social issues, the choice should be easy. But stop a moment to consider what we're talking about here: the softest of sciences, politics. Even dealing with hard scientif
Post a Comment
Location: Portland, OR 97229, USA
Read more

A Pundit I Would Be!

April, 1999: fulfilling a parenting bucket list item, I take my almost-10-year-old daughter to meet our Congressman, David Wu, at his tiny office across the street from the Capitol. I know the exact moment I became interested in politics. It was January, 1968. I was in the first grade. As the New Hampshire primary drew near, presidential candidates were roaming up and down the state, holding rallies in any building that would host them. One of those buildings was the Pleasant Street United Methodist Church in the border town of Salem, of which my father, in his first full-time Methodist appointment, was the pastor. The candidate was Richard Nixon. I got the morning off from school so I could attend the rally, which featured young women dancing in straw hats. After the rally, Pat Nixon called my brother Jon a "beautiful baby." Thanks to that event, I was in Nixon's pocket for the next six years. Watergate did not move my devotion to him: instead, I felt sorry for
Post a Comment
Location: Portland, OR 97229, USA
Read more 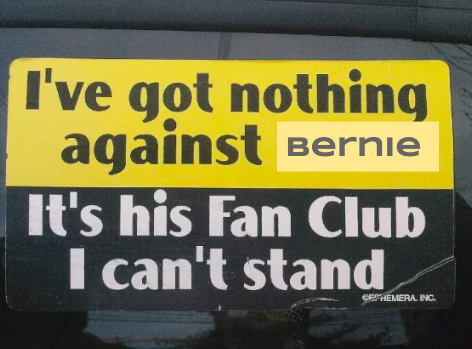 I made a meme! (The original word was "God.") I've been seeing versions of this for years. Sometimes it's worded as a prayer: "Dear Lord/Jesus, please protect me from your followers." At other times, it's along the lines of Bill Maher's frequent observation that he's actually pretty fond of Jesus, he just wishes his followers would read his book (i.e. the Bible). It's a meme I tend to shake my head at: half a century of Methodism introduced me to thousands of sincere, generous, tolerant, sometimes progressive and even radical Christians. Unfortunately, there are prominent religious bigots out there giving the faith I was born into a bad name, and far too many of them are fully on board with a president who fits the Biblical description of the antiChrist better than any political figure in modern times (and yes, that's including Hitler). As you can see from the picture at the top of the page, I took the meme and made an adjustm
Post a Comment
Location: Portland, OR 97229, USA
Read more

She was running for President because "that's what girls do." Ah, Elizabeth. We treated you so poorly. By "we," I mean America, a country that uses a complex algorithm that skews rural, white, and male to choose who will run for, and become, president. It's not always skewed in that direction, though, as Elizabeth Warren has learned the hard way. The 2020 Democratic primary has come down to a seesaw between pragmatic and idealistic voters, and neither camp chose the most articulate, nimble, talented person to lead the country away from the Trump nightmare. Black voters who are the southern backbone of the Democratic party read the signs of the times and went with Joe Biden, a tongue-tied old man with a big heart who they believed most capable of defeating Trump. Progressives, the other spine of the party, were already fixated on the steadfastness of Bernie Sanders. I'm growing tired of the sheer volume of defensive Bernie posts I'm seeing
Post a Comment
Location: Portland, OR 97229, USA
Read more

Doctor Who for President!

The ninth, tenth, thirteenth, twelfth, and eleventh Doctors. In my hour of sickness, the doctor I turned to was a 2000-year-old alien with thirteen faces. It took me almost fifty years to warm up to Doctor Who. Star Trek , Lost in Space , Battlestar Galactica --I was on board for all of those shows. I even enjoyed The Six Million Dollar Man  and Space:1999  for the first few years of their runs. Finally, I decided to check out Doctor Who  sometime last year, and while I wasn't immediately hooked, I warmed up over time to the show's strange mixture of whimsy and over-the-top space/time fantasy stories. This week, as I've been stuck on the couch with a respiratory virus, I've been powering through the complete three seasons of the twelfth doctor, and today just met the thirteenth actor (and first woman) to inhabit the role. Doctor Who  is unapologetically British. The show's universe--and it actually spans many galaxies--is populated entirely by aliens wi
Post a Comment
Location: Portland, OR 97229, USA
Read more
More posts