Showing posts from January, 2017
Show all

One very small slice of the Portland Women's March. I still haven't warmed up. It took me an hour and a half of mostly standing in one place, then finally working around the multiple bottlenecks on Naito Parkway, to meet up with Amy at today's demonstration. I've heard statistics being thrown around about the event drawing as many as 100,000 people, and based on my previous experience with such events, I can believe it. It's the first march I've been in that was so slow to start, and also the first that happened during an atypically drenching rain (most Oregon rain, contrary to what non-Oregonians think, is showery and/or misty) that didn't let up until we were making our exit from the march by crossing the Hawthorne Bridge. That also gave us our first glimpse of the sweep of this event, and it was stunning. So, too, was the atmosphere within the crowd: despite the chill, the rain, the press of bodies, and the long wait to start moving--and, much more
Post a Comment
Location: Portland, OR 97229, USA
Read more

The Worst Form of Government 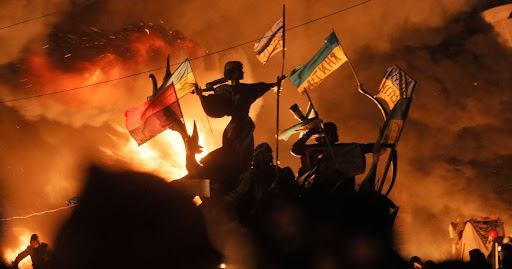 Many forms of Government have been tried, and will be tried in this world of sin and woe. No one pretends that democracy is perfect or all-wise. Indeed, it has been said that democracy is the worst form of Government except all those other forms that have been tried from time to time . --Winston Churchill We are four days away from the official beginning of the worst presidency in the history of the United States. Do I know this for a fact? Can I be absolutely certain that Donald Trump's administration will be a disaster from start to finish? That his minions will be able to sell off public education, Medicare, Social Security, the National Parks, the interstate highway system? That he will expel immigrants, close the borders, alienate China will cozying up to Russia, abandon Europe, invade Mexico, launch a nuclear attack on Iran? That he will force the American power industry to abandon alternative energy initiatives and revert to burning coal, the auto industry to m
Post a Comment
Location: Portland, OR 97229, USA
Read more 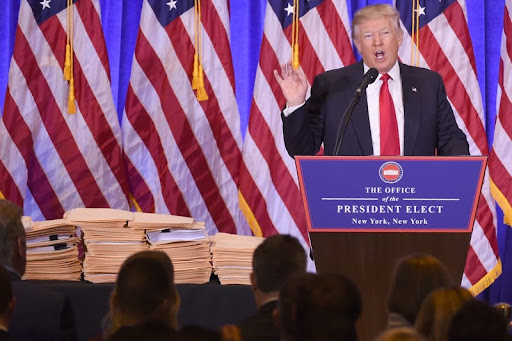 The overabundance of flags, the pretentious sign on the podium, the table filled with (most likely) bogus documents, and most of all, the man himself--Lord help us. I never see it coming. It happens like this: I'm teaching a music class to kindergartners. They're deeply engaged, enjoying the story I'm telling, learning the rhyme we'll be turning into a percussion piece, playing the game I've just taught them. And then something happens: I child gets bumped by a classmate, doesn't want to partner with a neighbor, is told "I'm not your friend anymore." Those are the minor causes. Sometimes it's a child suddenly remembering she misses her dead daddy, or that his parents are breaking up. Whatever the cause, it's not something I can preempt, and now I've got a crying kinder on my hands. There may or not be sobs; sometimes (and these are the hardest ones for me to take) it's just tears streaming down a silent face. Then com
Post a Comment
Location: Portland, OR 97229, USA
Read more 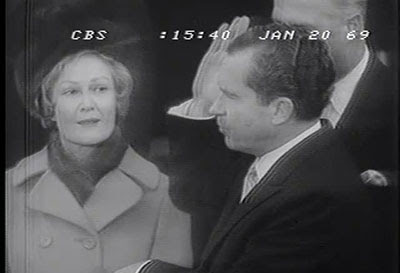 The 2016 election results by county. A house divided against itself cannot stand. I believe this government cannot endure, permanently, half slave and half free. I do not expect the  Union  to be dissolved — I do not expect the house to fall — but I do expect it will cease to be divided. It will become all one thing or all the other. Either the opponents of slavery will arrest the further spread of it, and place it where the public mind shall rest in the belief that it is in the course of ultimate extinction; or its advocates will push it forward, till it shall become lawful in all the States, old as well as new — North as well as South. -- Abraham Lincoln, 1858 It's a terrible feeling. I first experienced it in 1994. That was the year of coming apart, as my first marriage unraveled completely. My gut knew it long before my head was ready to accept it, and the more certain my intuition was of the great cataclysm ahead, the harder my mind labored to turn back. Those d
Post a Comment
Location: Portland, OR 97229, USA
Read more
More posts