Showing posts from May, 2018
Show all

So Many Ways Forward, None of Them Pretty

Dr. Strange combing through possible futures. Avengers: Infinity War  is a movie that is long on action, overstuffed with characters, and is very short on plot. It also has a surprisingly shocking conclusion (less surprising when one remembers this is just the first half of the story it's telling) that has genuinely moving moments. At the heart of this colorful, constantly moving slugfest is a single profound moment, upon which the inevitable redemption of the Marvel Cinematic Universe (coming in 2019) rests: mystical magician Dr. Strange's clairvoyant trance. For less than a minute, his image blurs, he appears to have multiple arms, his head buzzes back and forth like that of Fox Mulder caught in a flying saucer's tractor beam. He comes out of it announcing to his super-teammates that he has just analyzed more than a million possible outcomes to their confrontation with cosmic villain Thanos, and there's only one that saves the countless trillions of souls that
Post a Comment
Location: Portland, OR 97229, USA
Read more 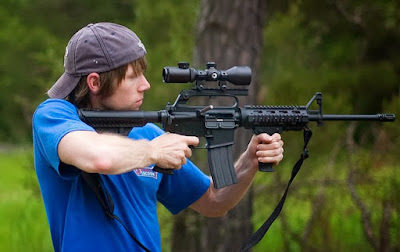 More children are dead, and again, it's a boy who killed them. The place was a high school in Santa Fe, Texas. The killer's primary weapon was not, this time, an assault rifle--most likely, I think, because his parents didn't own one. Instead, he took their sawed-off shotgun into the school, and by the time his killing spree was over, ten people were dead, more wounded. That was two Fridays ago. Monday morning, as I was trying to get a rowdy fourth grade class to quiet down long enough for me to introduce the group improvisation activity that would be their lesson, one boy shouted across the room to another, "I'm going to kill you." I sent him straight to the office. He insisted he was joking, but as I explained to the class after he'd left, murder is never a joking matter, particularly in a school where, as happens in schools across the country, we hold lockdown drills to practice what to do if an active shooter ever enters the building. We d
1 comment
Location: Portland, OR 97229, USA
Read more 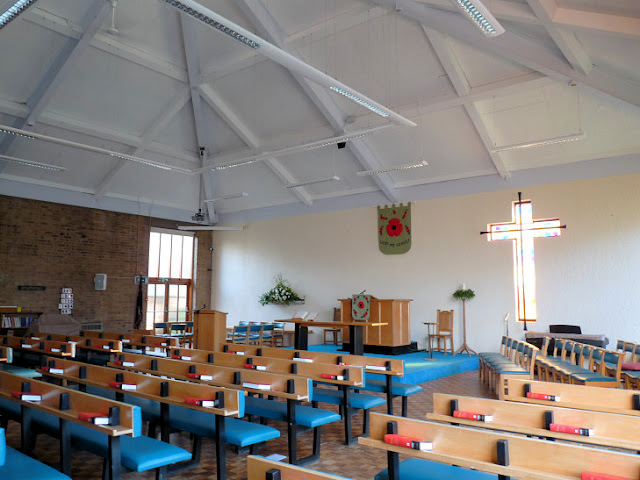 The sanctuary and pulpit at Trinity Church, Cheadle. When Teddy Roosevelt referred to the Presidency as a "bully pulpit," he meant it was a wonderful place from which to preach. He was speaking with a minister at the time, comparing the preacher's pulpit to his own position, and he could not help thinking that being President granted him more moral authority than any member of the clergy. In late-Victorian parlance, "bully" meant "wonderful," rather than small-mindedly abusive. It was a different world then, a world of manners and righteousness, of keeping one's harsher opinions to oneself. This was a different nation then, a nation eager to welcome immigrants to fuel the vast industrial engines driving its economy as it took its first hesitant yet forceful steps onto the world stage. The Presidency had yet to claim anything approaching the power it has today, though Roosevelt was laying the groundwork for it. I put a photo at the top of
Post a Comment
Location: Portland, OR 97229, USA
Read more
More posts