I can do without a lot.

No private room? Share a bed with a stranger? Same food for every lunch, every dinner, for two weeks? No TV except the World Cup? No good beer? Nothing but instant coffee? I’m good. In fact, I’m great. I can handle being without all sorts of creature comforts, and often choose vacations that take me away from all these things.

But take away the internet, and oh boy, am I going to get cranky.

It’s amazing how dependent I’ve become on this invention which didn’t even exist for me before 1995, and which I didn’t begin using in earnest until 2003. So that’s really just over a decade of living on the web. But live on it I do.

My first night, at the Hotel Obama, I had a good strong connection, and was able to Skype with Amy. I expected the same for our week in Dzodze, at the White Dove Hotel—and I was mistaken. There was nothing, no way of connecting at all. Even mobile roaming was dicey. I did manage some time at an internet café in town one afternoon, but apart from that, I was unable to upload blog posts, put pictures on Facebook or, most significantly, to communicate in real time with Amy. Given the high cost of international roaming, I limited myself to one or two text messages a night.

And I was desperate. I lived with the situation—all of us did—but I wasn’t happy with it. None of us were. Even our guru, Doug Goodkin, who frequently preaches on the evils of technology, was feeling a hankering to post to his own blog. It’ll be better in Ho, we told ourselves; there’s internet at the Bob Coffie Hotel.

And so there was. Barely.

We’ve been here three days, and I’ve had about three hours in that time when I had a reliable enough connection to upload anything, or to have some messaging with Amy. The first night, I tried Skyping, and gave up after about a minute. Some nights, the internet hasn’t worked at all, and it’s just like the White Dove: send a disappointing message to Amy and call it a night.

Tonight has been hit-or-miss. Depending on where in the hotel compound I am, I may have internet, but it cuts in and out. It’s infuriating.

Of course, this is the third world.

Tonight the Nunya Academy brass band came to perform for us. I have seen the conditions in which these children live and go to school. They make the poverty of my Reynolds students look like opulence. The computer and iPad I take for granted at school, even the phone in my office I rarely touch, are all unattainable luxuries in these schools. And my modest suburban tract home? A mansion by Ghanaian standards. The Rockwood neighborhood where I teach is neat, clean, and fully part of Portland’s infrastructure: gas, water, electricity, cable, trash collection, recycling, street sweepers. Infrastructure in Dzodze is water travelers are advised to avoid or filter before drinking, open sewers, two paved roads, and some overhead power lines. Phone service is all mobile. Those who have TV must also have satellite dishes, and I suspect there are not many who do. At tonight’s performance, I saw a child dancing with unmatched shoes, many of them barefoot (though that is a cultural choice for many in this country). All the instruments were battered, second-hand, purchased by Kofi out of his own pocket off of Craig’s List, from garage and estate sales, and shipped by him in a container. The clarinets are using saxophone reeds. The brass instruments have little or no finish remaining. 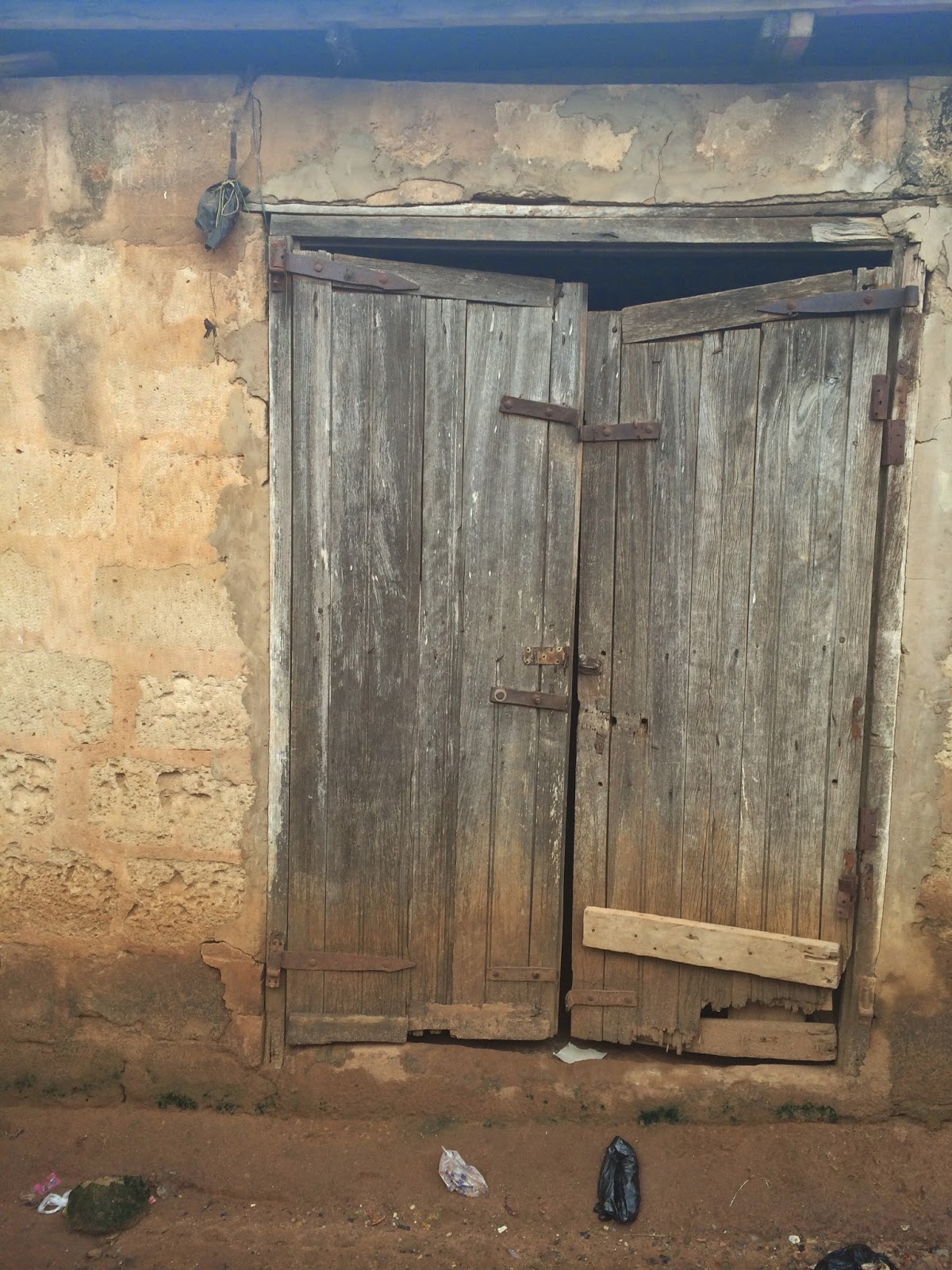 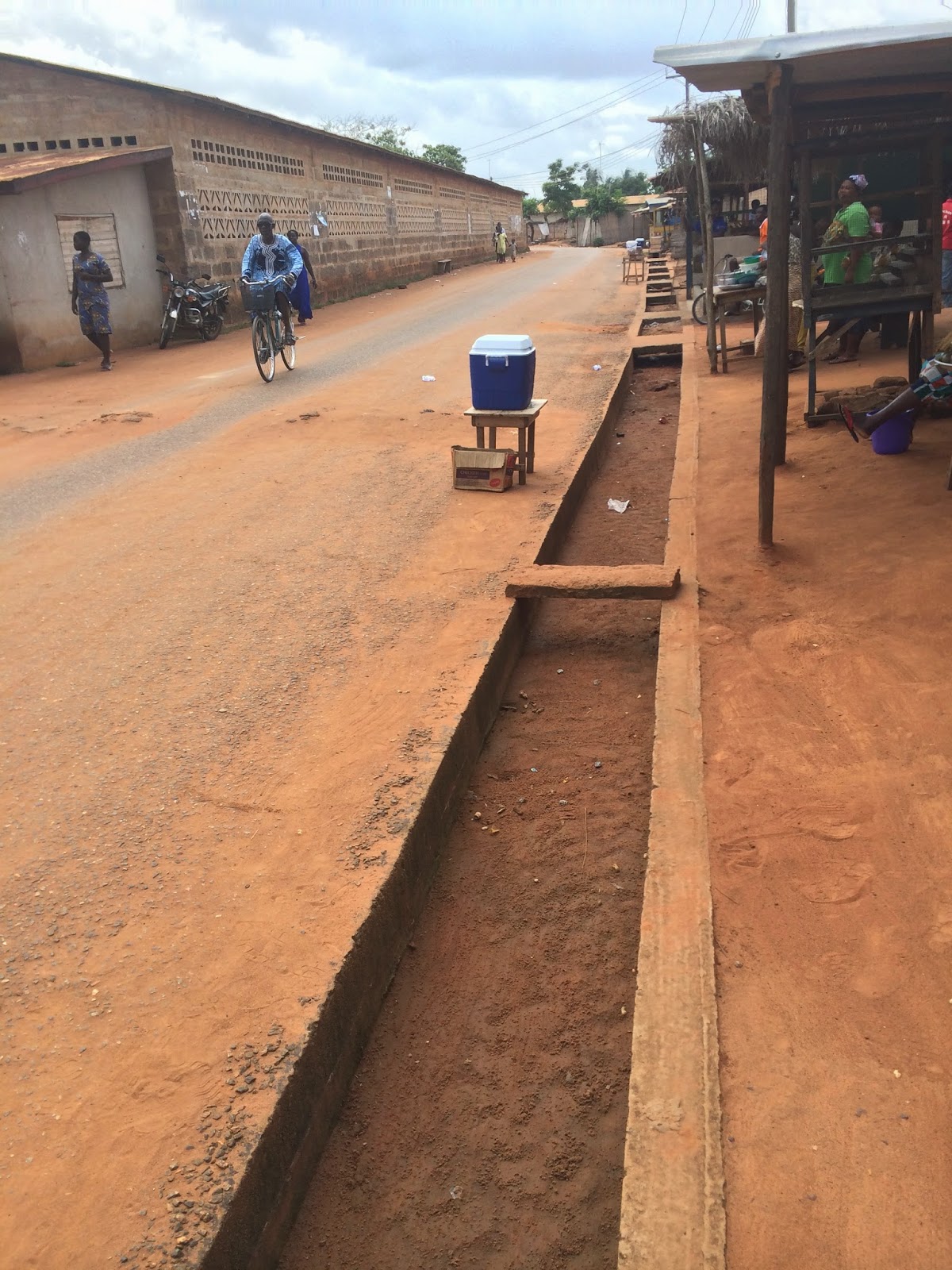 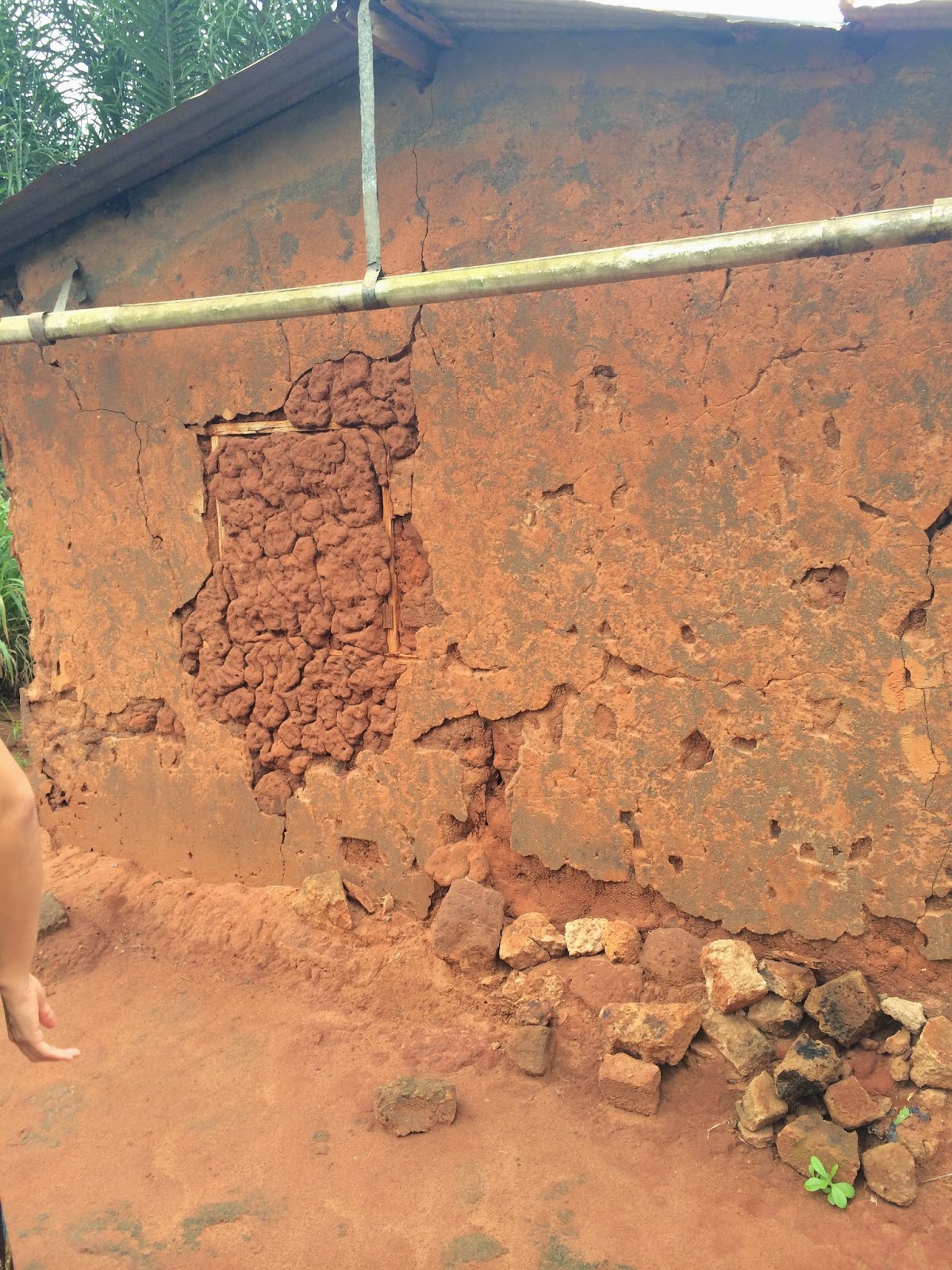 This is a third world country, and the people here bear all the privations that brings with good cheer, finding cause for joy in the face of challenges that would seem insurmountable to most Americans. They don’t just tolerate these things, either; they transcend them. They take what they have and innovate. Used water and soda bottles are repurposed in the market place as containers for cooking oil. The xylophones we play use scraps of paper from UPS envelopes to create the buzz that is such an essential part of their sound. This is true throughout Africa; this afternoon we had a lecture from Sofia Lopez-Ibor, one of the San Francisco School teachers who are part of the instruction team, about the incredible colorful baskets woven in South America from telephone cables. It’s this African spirit of innovation that led slaves to take the scraps their masters fed them with and create soul food. Denied their drums and traditional religious practices, they created the work songs, blues, and gospel music that ultimately became jazz.

The Bob Coffie Hotel gives us much to grumble about. The restaurant staff is inefficient and clueless about keeping enough change in hand to accommodate our menu choices. Loud gospel music plays in the restaurant and in the lovely plaza nonstop during the day. The internet is unreliable. The bar sold us beers the first night at twice the price they should have. The light fixtures in my room don’t all work—in fact, one of them shorted out with a “pop” when I turned it on the first night. And yet, this hotel is a beautiful facility, and I know we’re far more comfortable than the vast majority of musicians performing for us.

There’s some irony to complaining about first world problems while staying in the third world. It’s a very ugly American thing to do. So while I’m inconvenienced by these “welcome to Ghana” quirks, I’m taking them in stride, doing my best to emulate the hundreds of men, women, and children I’ve met here who live with so much less, and do it with a smile, a laugh, a shake of the butt, a tap on a drum, and a sincere, heartfelt “Welcome!”

After tonight’s concert, one of the boys who’d just performed said to me, “May I ask you a question?” I nodded. He asked, “When will you come back to Ghana?” I swallowed, smiled, and said, “I don’t know when, but I will be back.”

Because for all that it lacks, this place knows, better than anywhere I’ve been, how to live.
First World Problem Ghana Internet Orff-Afrique poverty Third World
Location: Ho, Ghana