Donald Trump mocking a disabled reporter. You don't have to be big, strong, and imposing to be a bully. I've been bullied most of my life. As a child, I had to deal with the stereotypical mean kid bullies, kids who'd follow me home spitting on me, raise welts during class (with the teacher in the room!) by snapping me with some kind of improvised and easily concealable weapon, call me demeaning names, pass caricatures around the classroom of me engaged in some kind of humiliating bodily activity. It was junior high: kids that age often have gross habits that play directly into the natural developmental cruelty of others their age. I was an easy target, but I was also physically larger than most of my tormentors. Had I chosen to fight back, it might well have ended quickly, but I'd been raised to be a pacifist. I was also far too insecure to act assertively. High school was far better for me. There were really only a few incidents in those years, and one of those bullies
Post a Comment
Read more

Sins of the (Founding) Fathers

The Unfairness of It All 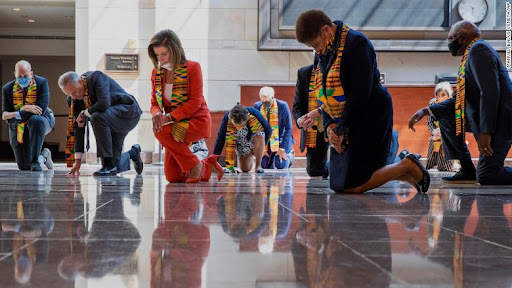 Of Kente and Two Corinthians