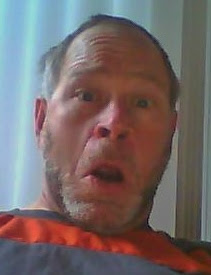 One could be excused for thinking I had panned Shakespeare for being too dramatic.

Yesterday I wrote in this blog that I don't care for the works of a certain popular humorist (I use the term with air quotes). My complaint about said humorist (air quotes implied again, and will be for the remainder of this entry) is that his single purpose appears to be tromping upon every toe he can find, and if this fails to elicit a sufficient reaction, swapping out his shoes for heavy boots and tromping again and again, working his way through a progression of massive dense metaphorical footwear until the toes in question have been jellied and their possessor cannot help but scream in agony at the single-minded sadism of the perpetrator.

Or he can just turn off the damn TV.

For those who insist I'm missing something, and if only I give the guy another try, maybe one of his other shows, I shall endeavor to be as succinct and clear as it is possible for me to be:

I don't think Seth McFarlane is funny. Nothing he has ever done has ever made me laugh. And life's too short for me to keep checking out his crap.

You, on the other hand, are absolutely free to guffaw with abandon as his characters nastily abuse each other, make jokes at the expense of every segment of American culture in this never-ending quest to find something that will finally offend every member of his audience, appealing to the absolute lowest common denominator of seventh grade funny bones. It's a free country. Your time is your own. Just please stop asking me to give it another try. I've seen enough.

Why am I continuing to beat this denigrating, misogynizing, fornicating, putrifying equestrian corpse? Why devote anymore of my precious time on earth to ranting about how my tender cultural phalanges have been bruised by exposure to this colossal carbuncle on the nation's posterior? Why exhaust one more page of my internal thesaurus concocting multisyllabic cavalcades of invective for a bratty pimple I shouldn't be giving the time of day? And yes, all these rhetorical versions of a one word question are about to be answered:

First, because it's fun. Rants are always more fun to write than raves. They're more fun to read, too.

Second, because I can. This is my blog. It's my personal thoughts and feelings. I write about things I feel deeply about, and yesterday, I felt profoundly offended by Seth McFarlane. Apparently some people take offense at my offense, but that's the nature of the beast. You scandalize my back, I'll scandalize yours. And Seth McFarlane can take it. The couple of dozen people who read my stuff are no risk to the millions glued to every profane word that issues from his perpetually pubescent psyche.

Third, because what I'm doing here is writing essays about trends and experiences that impact me as I enter the slumping half of my existence, slipping away into dotage. Part of being older is having enough collective experience of some things to have strong opinions about them. For those who are insisting I just don't "get" McFarlane's satire, you may have a point: I prefer my satire served up wittily, subtly, in ways that make me think for a moment before I laugh because the joke is so intricate it requires having a mature mind to comprehend. Mind you, I do appreciate an occasional belly laugh, and I'm not beyond a frisson of scatological gimmicks--Mel Brooks's earlier movies have been known to have me in tears--but when they're relentless, I lose interest.

Fourth, this is about taste, which is a profoundly personal criterion that evolves over time. In the near future, I'll be writing a series on the evolution of my musical taste, expanding on things I've previously written. There's a moment I love in the Steve Martin movie All of Me in which he tries to play a guitar solo while one of his hands is being controlled by the ghost of Lily Tomlin. The leader of the jazz band he's using as a cover stops the band and stares at him in horror, to which his buddy the blind saxophonist says, "What? You didn't like that?"

And that, finally, is where this essay is headed. No, I don't like jokes that offend me. And guess what? Neither do you. That's right, McFarlane-lover, somewhere in this world there is humor that will turn even your stomach. It might be the Vine trend of watching an endless progression of YouTube celebrities do slow-motion spit-takes of colored liquids to music (done without actually slowing the camera down, so it looks more like they're vomiting)--to which the seventh-grader screaming with delight at this display may turn to you and say, "What? You didn't like that?"

Taste is relative. Humor that shocked mid-twentieth-century audiences doesn't even register on modern laugh-o-meters, and the schlockiest elements of John Waters's pioneering Pink Flamingos are now part of the comedy mainstream. Nothing is sacred anymore, and perhaps that's a good thing. It's high time that Victorian prudishness was excised from our collective soul.

The problem, though, is that we're at the awkward adolescent crossroads of our national sexual maturation. As long as some part of our national identity insists that sex is dirty and offensive, the culture mills will continue to churn out sitcoms, movies, fashions, and music that exploit this reaction. My shock at The Family Guy is, I am sure, one reason it is so popular with early adolescents: making adults squirm is half the fun. "What? You don't like that? Wow, you're old!"

We are, in fact, evolving as a nation. Marriage equality and marijuana decriminalization are coming soon to a state near you. The airwaves and cable links are saturated with potty and sex jokes. A generation from now, it'll just be senior citizens (i.e., me) gasping at how base humor has become--though I think it's more likely we will as a nation have finally moved on from such things. There comes a point at which something that only offends gramps just isn't dangerous enough to be funny anymore.

It's my hope that younger generations will take offense at other jokes, jokes told at the expense of the developmentally disabled, for instance. And this brings me to the final story I will tell before wrapping up this reactionary essay.

This happened in the late 1970s, when I was in high school. We had an all-school assembly one day at which the performer was a magician. He was adept, as all skilled magicians are, at working the crowd, identifying volunteers and treating them in a way that will get the rest of the audience on his side, laughing riotously. For one trick, he picked Alan, a special education student who had cerebral palsy--what we used to call "spastic." He then made jokes about this kid's developmental and physical issues that had nearly everyone in the bleachers roar with laughter. Alan loved it: the whole school that he was funny, and he was getting more attention than he'd ever had, or ever would have again, from the rest of the student body. He couldn't tell that all these kids were laughing at him.

I didn't laugh, and the rest of the performance felt flat to me. I was offended by what had been done to a disabled child, and troubled that it was so well received by my peers. I wasn't a saint on this issue; in fact, my brother Stephen and I were, at the same time this happened, making "spastic" jokes in the radio parodies we recorded at home. I think the laughter gave voice to a profound discomfort my generation felt for people who were in special education programs. We pitied them, but were relieved they weren't mainstreamed, happy to have them hidden in special classrooms for most of the day. They were marginalized in ways that, thankfully, they no longer are.

The world is, I am glad to say, changing. It's been a long time since a school performer could get away with singling out a student for public humiliation. It's not just that they've been forced to this by political correctness. Audiences just won't have it. Kids these days have a very low tolerance for bullying, no matter who's doing it. I find that very encouraging, to the extent that I'm willing to excuse the crassness of their humor preferences.

Which is why I will reiterate here, in conclusion: you have a right to rot your brain with as much McFarlane as it can handle. Just not when I'm in the room.
Labels: bad taste humor John Waters prurience satire Seth McFarlane Victorianism
Location: Portland, OR 97229, USA