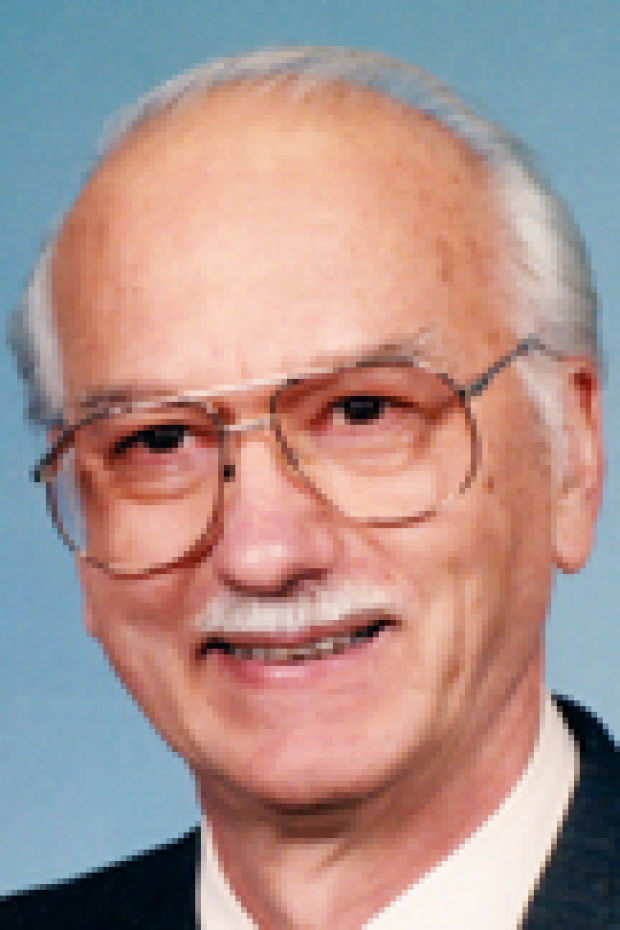 I did not grow up singing.

That may surprise you, knowing I am a music teacher, and that I come from a musical family, but it's true: ours was not a singing household. My mother, though she did at times add choir directing to her organist duties, did not encourage her sons to become singers. We all studied piano with her, the prerequisite for taking up a band instrument, which we all did upon entering sixth grade (though in the case of Ocean, it was the cello); and most of us also learned the guitar. Some did come to sing, but it was on our own.

Understanding this, perhaps you can see why I didn't start singing until the summer before my junior year of high school; and when I did, it was because of Glenn Jaquith.

That was the summer I first attended a church camp. The camp my parents sent me too was called MADD, for Music, Art, Drama, and Dance. It was a camp for arts nerds like myself. It had been founded a few years earlier by several arts-oriented Methodists, chief among them Glenn Jaquith. Glenn was a public school choir director in Corvallis, as well as directing choirs at the Corvallis United Methodist Church, and he believed that singing was a fundamental act for any performing artist.

So it didn't matter whether you came to MADD camp to act, to play in the band, to paint pictures, or to dance: everyone, campers, counselors, program staff, sang in the choir.

I was nervous about this. I began reading music at the age of five, and had always played instruments, but except for elementary school singalongs (in Idaho, there was no general music), I'd never sung. Glenn changed that. He coaxed music out of every throat at Camp Magruder. What's more, he planted a seed in me that would, in the next two years, be nurtured by a band director I had not yet met: the desire to conduct. There are conductors who are little more than fleshly metronomes, beating time, dishing out an occasional cue, trusting that whatever feelings need to be injected into the music will come from the players and singers they are directing. Glenn was not one of these. He embodied the music, dancing it before our eyes, so that it was impossible not to feel what he did as it channeled through him to us, then back from us through him and ultimately to the audience who attended our performance on the last night of camp. It was magical, beautiful, real, and I wanted to do it.

Glenn's rehearsal technique was flawless and sophisticated. Of all the conductors I've sung for, he was the only one who really understand and used vowel modification to shape the tone of our singing with precision. He also conveyed to us how much he cared not just about the music, but about its effect upon us, how deeply he believed this music could change our own lives for the better.

On top of everything else, or perhaps breathing through it, Glenn was a devout United Methodist. I've said a lot of harsh things about Methodism in this blog. The church has not treated me, my family, or my children well, and I've known many whose faith was damaged by the corruption of church leaders, the mindless insistence on homophobic legislation, the constant moving of pastors from one appointment to another, the cowardly episcopal practice of hiding behind church law rather than standing on principle--I could go on, but I already have. For all that I've said, I've also known many United Methodists who really did walk the talk, who lived out the warmhearted, socially conscious, intellectually consistent faith modeled by John Wesley. Some of these Methodists were pastors, but most were laypeople like Glenn--though in Glenn's case, that changed.

Glenn was a Methodist through and through, a man who believed in making a difference with the youth and adults he worked with every day. Toward the end of his teaching career, he became an elementary music teacher. I'm not sure what philosophy he worked from, but he with his whole-body approach to music-making, he would've been at home in the Orff world. As long as he did it, teaching--and I believe his church and youth choir directing was an extension of that teaching--was his ministry. He changed so many lives, led so many young people to musical careers, whether in the schools or the church, and did it all by simply being such a wonderful musician and human being.

In the 1990s, Glenn retired from teaching and pursued church music full time, becoming a Deacon: an ordained Methodist practicing a specialized ministry. In Glenn's case, that ministry was music, and he continued to practice it with passion.

I only sang for Glenn on a handful of occasions: three times at MADD camp, two or three times in Annual Conference choirs. At my last MADD camp, the summer of 1985 (right before I went to seminary), I was on the MADD staff as a music specialist, arranging music I had composed for the choir and band and also directing the band. Eleven years later, out of seminary for five years and now an elder, I had a phone call from Glenn. There was a piece he remembered from that MADD camp production, and he wondered if I'd done anything with it. I said I had, in fact, revised and improved it while at seminary. How would I feel about the Corvallis folk choir singing it, he wanted to know? I'd be thrilled, of course; so I dusted it off, created an even better version of it on my computer, printed it out, and drove it down to Corvallis.

Glenn was delighted to see me. He showed off his recumbant bicycle, one of the first I'd ever seen. He talked of the birth of his granddaughter, a Downs syndrome baby, and teared up briefly as he considered the challenges his daughter faced. I shared with him my own difficulties with my divorce and the birth trauma my son had suffered four years earlier, though I was not yet aware of his epilepsy. But Glenn knew about Sean; it had been news all over the conference, and he'd been one of many praying for that baby boy. He talked, too, of his teaching career, which was winding down, and of his thoughts about becoming a deacon. And then I laid the music in front of him, and played it on the piano.

He loved it, though the piano part made him nervous. "Could you make a recording of that?" he asked. He wasn't sure his accompanist could pull off all the flourishes that tended to be part of my playing. I played for his tape recorder, got a good clean track laid down, thanked him effusively for getting my music in front of a choir, and after a warm embrace, was on my way home.

That was the last time I saw him.

Last week, I saw on Laura Jaquith Bartlett's Facebook feed that her father was suffering from pneumonia, and that things did not look good for him. The next day, there was word of his passing, and also of the memorial service to be held Saturday afternoon. I knew I had to attend. After eighteen years, I needed to say a real goodbye to this wonderful man who, in just a few contacts, had so shaped my life.

The service was marvelous, full of music, love, laughter, and misty eyes. No one broke down--we are all, after all, Methodists, not one of the more demonstrative varieties of Protestants--but there were still a good number of tears. It was a fitting send-off for a man who had brought music into so many lives. I saw many people I haven't seen in decades, and while they've all changed--as have I, of course--they're all who I remember them to be. In some ways, it was like one of the crazy MADD camp reunions we used to have each winter to keep us going until June, when the next edition of the camp would meet at Magruder; except instead of teenagers, all the attendees of this reunion were middle aged. Our hair was gray, thinning, gone; our physiques for the most part far less toned.

We were gathered for the sort of event that people our age have to attend all too often: the death of a mentor. This is my fourth funeral in less than a year. The generation that shaped me, inspired me, and sent me out into the world is passing away. My generation is taking its place. It is left to us now to shape the young lives around us, to inspire children and teenagers to become musicians, teachers, writers, dancers, actors, counselors, social workers and, yes, pastors. And in a few decades, those of us who are left will be coming together once more, this time to attend each other's funerals.

What unites us all? In the words of one of Glenn's favorite hymns (it's one of mine, too):
My life flows on in endless song; Above earth’s lamentation
I hear the sweet though far off hymn That hails a new creation:
Through all the tumult and the strife I hear the music ringing;
It finds an echo in my soul—How can I keep from singing?