I Believe I'll Have Another Beer 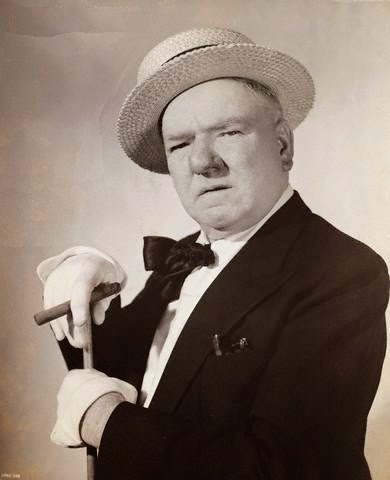 Everybody's got to believe in something. I believe I'll have another beer.
W.C. Fields

It's that time of year again: the time when the thoughts of pious folk turn to the objects of their piety, and they engage in cultic rituals to observe that it is, indeed, that time of year.

No, seriously, this is about Easter, and a little about Passover: religious festivals that happen to coincide with the beginning of spring (and baseball season, but that's really not relevant to this topic).

A year ago, I started this blog with some of my long-festering objections to Easter. At the time, I muted my criticism in acknowledgment of my part-time employment as a church musician. Since then, I have left that position to concentrate my attention on full-time music teaching. I love my work, find it challenging and rewarding, and feel no desire to return to a church setting, despite having spent, prior to last November, almost every Sunday of my life in church.

Of all the holidays celebrated by the church, I have come to find Easter the most odious, steeped as it is in sentimentality, bad theology, and blatant anti-Judaism. At Easter, churches are crammed with grotesque lilies, crosses are turned into planters, children hunt for fertility symbols, and preachers crow about Jesus' victory in a struggle to which most of the once-a-year congregants are utterly oblivious. It's as if one only tuned into the marathon medal ceremony.

In African-American preaching, at least, there is the aphorism "no cross, no crown" to correct this error. But that does nothing to address the common practice of treating religious texts as historical records in their polemic against Jesus' own people. For those Christians who take Easter seriously enough to attend Holy Week observances leading up to the celebration, there is no escaping the fiction that Jews killed Jesus. It's a rare preacher who even acknowledges that it had to be Romans committing the act, and even they are as likely as anyone to fall into the trap of assuming the thousand-year-old faith that gave birth to Christianity was a simplistic system of buying off God with sacrifices and obsessive-compulsive Torah observance. On Palm Sunday, in particular, the only sermons I've ever heard that didn't talk about how Jesus, the Prince of Peace, was the true Messiah, as opposed to the military leader the Jews were allegedly hoping for, were those I delivered myself.

Lest I go back down the bunny hole, I'm going to wrench myself away from a topic I've dealt with in much more detail here, and turn back to Easter: I can't help feeling a bit nostalgic about it. As long as I worked in churches--which is to say, for most of my life--Easter was a day to impress the visitors, a day for trumpets, anthems, a sermon that had to knock it out of the park, a day I was always simultaneously glad and sad to see over. I preached and played my best on Easter. I loved being up for the sunrise service, even though it usually meant my trumpet and/or guitar was horribly out of tune. I enjoyed seeing how much nicer my congregations dressed, from babies through great-grandparents.

More than anything else, though, I loved that spring had finally sprung. That's what Easter really meant to me, and why, in my mind, Christianity had modified a pagan celebration and grafted it onto Passover. Christmas/Chanukah may be about the return of light to the world, but there's still plenty of winter to come. Easter/Pesach is about being delivered from death. It's about not just light, but life returning, just as it does every spring.

For many Christians, especially the once-a-year variety, Easter is a time of grabbing onto the one belief that is most important to their faith: the resurrection of the body. Like most humans, Christians are afraid of death having the final word, so the story of Jesus triumphing over death is their faith's most attractive doctrine. And yet, as I preached every Easter, we don't have to put all our faith in a story to know that death never has the final word. Look out the window right now, and if you live in Portland, you'll see a flowering tree. The crocuses came up weeks ago, the daffodils are up now, rhododendrons will be with us soon, and then it'll be time for roses. The birds gathering around the feeders in our patio are as brightly colored as they will be. The air is fresh and laden with pollen (achoo!), the non-flowering trees are beginning to leaf, lawns are being mowed once more: life is everywhere triumphant.

Of course, it is new life we're seeing all around us, because as much as we may want it to be, life is not eternal. Everything dies to make way for everything else. The birds mating on the patio were babies last summer. The flowers will die. The leaves will fall. Eventually, the trees, too, will die.

As for me: spring was, for two decades, a time when I thought especially about running. I loved being out in the fresh air, dashing along trails and streets, delighting in the sights and smells of new life. I loved it enough that, eventually, I became a marathoner, and completed seven of those races, the last and fastest of them at the age of 40. I wish I could be training for one right now. But I am 53 now, and my feet and legs will no longer sustain anything approaching the miles I once ran. My body is a living testimony to the passage every human takes from birth to death. I'm somewhere just past the middle, but very much aware I no longer have the physical potential I once had.

And here's where I come, finally, to belief. I don't believe in literal resurrection of the body or the life everlasting. I do believe in new life, in starting fresh after defeat, failure, bereavement, and in this sense, I've experienced many resurrections; but resurrection as the Gospels describe it, and as most Christians cling to it, is no longer a part of my own personal Credo.

We have one life and, as Ecclesiastes tells us, we ought spend that life well, living it and appreciating it as fully as we can. For me, living fully means being with and caring for others. It means drinking in the beauty of the world around us. It means being outside, exerting ourselves to attain summits as long as we're able; and eventually, relaxing in parks and on porches to enjoy what we can behold once our bodies can no longer handle trails. It means making and appreciating art. It means holding the ones we love in our arms and in our hearts. And it means, in the end, releasing them to go on living without us as we pass from their lives. That's the good life I believe in.

And yes, I also believe I'll have another beer.
credo Easter faith
Location: Portland, OR 97229, USA