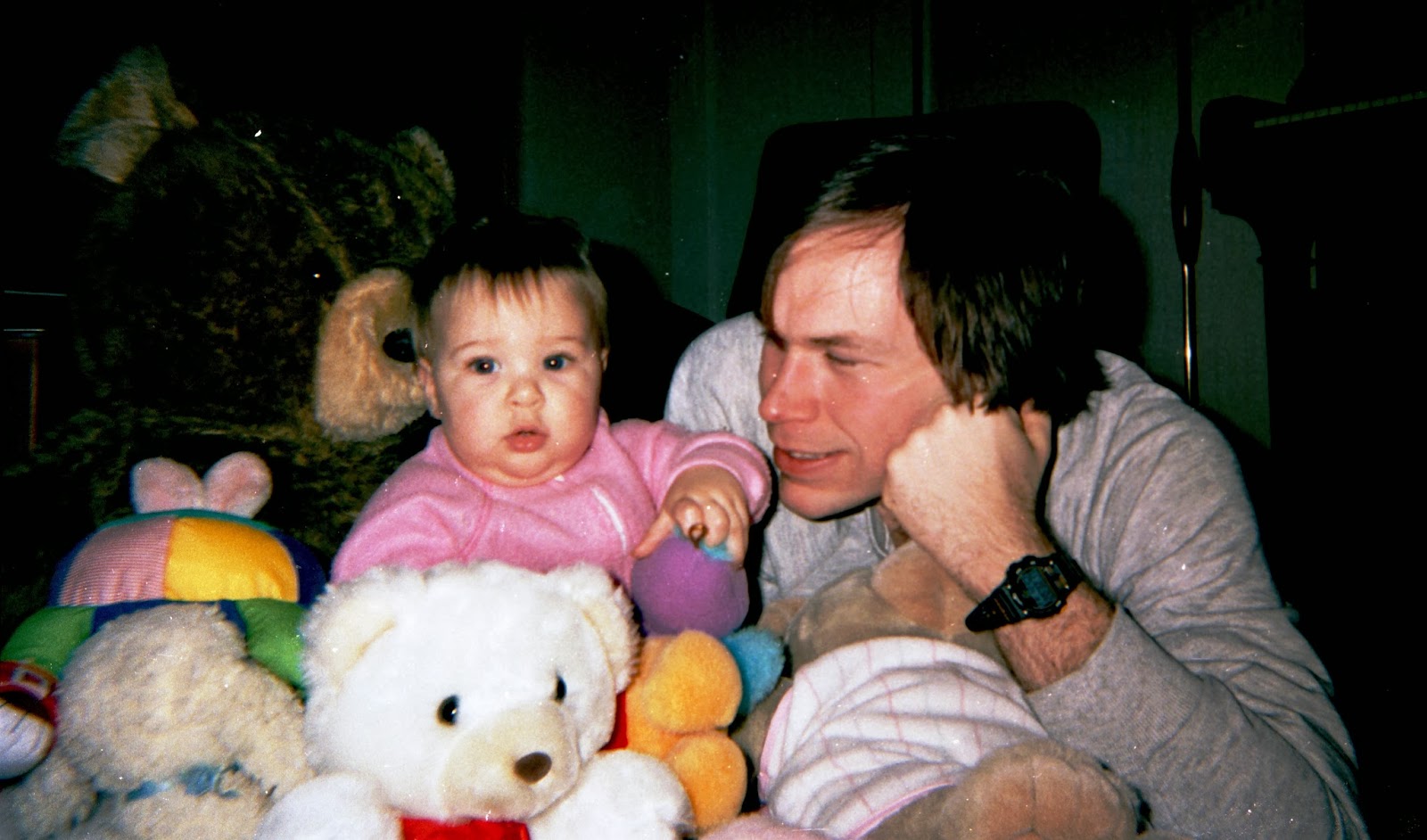 One of my students just became a grandfather to two toddlers.

This tells you two things: first, I have a private student who is a mature adult; and second, his first grandchildren have arrived by way of adoption. I'm proud of the progress this student has made, starting piano lessons two years ago at retirement, forcing his brain to rewire itself in ways that are far easier when it is young and pliable, pushing himself as the concepts and skills come slowly; and I celebrate every milestone he achieves. I can only hope that, ten or so years from now when I reach his age, I am even partially as gung ho about teaching myself new skills.

One "skill" this student just acquired, that has come quite naturally for him, in fact, is the ability to play with these little boys who are suddenly part of his life. As he shared with me yesterday what joy he is experiencing being down on the floor with them, letting them climb all over him, playing the repetitive games small children so enjoy, he remarked wistfully that he had missed doing that with his own children. He just wasn't around them enough when they were small, and even when he was, he had other things on his mind. This resonated with me in ways that are both wonderful and painful: I've been there, too.

Don't get me wrong; I did play with my children when they were small, and I was blessed with much more time to do this than most parents of my generation. When my daughter was born, I shared one full-time position with her mother, and we rarely had to call on sitters. This continued through her second year, as we returned to seminary and, again, were able to tag-team parenting time.

But something else happened during that second year: Sarah wanted more attention than either of us could provide.

She had every right to such attention. She was a baby, after all. There was no way should could understand why I had to spend so much time with that second-generation McIntosh, working for hour upon hour on the final papers that would get me my degree. She had toys and videos to entertain her, but these were cold comfort next to the distracted father at the desk. I know I was not on the floor enough with her for that final year in Dallas.

Nor was I available enough for her third year, or the year that followed, as she was joined by a little brother. The world of a full-time minister was not as accommodating to early childhood parenting as I had thought it would be; and honestly, how could it be? Children demand, and deserve, the attention of their parents. They can't just tag along to a hospital or nursing home. When they're with their parents, there is simply no ignoring them, no way to sideline them until the visit or meeting is complete, the sermon written, the ritual performed. They want what they want when they want it: now.

For the last two years of my marriage, I worked part-time, partially from home, and had more time around my children. Even so, I was frequently distracted by the difficulties of hanging onto my job--my unfitness for ministry had become apparent to my superintendent, who was going to great lengths to pressure me into resigning--and the growing awareness that the marriage was in trouble. In the years that followed, I was often in the position to have extended time with my children, and I could have spent that at play with them, whether it was staging an Old West adventure with Sean's Playmobile toys, reenacting a scene from The Little Mermaid with Sarah's dolls, or sitting through yet another game of Chutes and Ladders. Instead, I urged them to play in their rooms by themselves or, I am deeply ashamed to admit, sat them down in front of the TV and plugged them into the electronic babysitter. By the time I realized how much of their childhood I was missing, it was over.

The most embarrassing thing I have to confess here is this: for all those years, the biggest obstacle to me bonding with my children through play was that I found it boring. I took myself far too seriously, and would not allow myself to have fun playing the simple repetitive games toddlers use to learn about the world. I did enjoy reading to them, especially at bedtime, and never minded re-reading their favorite books, and I continued reading to them well into adolescence. But play? That's kid stuff.

I say this not just with embarrassment, but deep regret, and it extends much farther back than just my own children. As a teenager, I frequently was placed in charge of my younger brothers, including David, the youngest. Particularly on Sundays, I would volunteer to watch David during church--he was a preschooler at the time--in the hope that I could just take him home and watch TV or read a novel while he played in his room (the Philomath parsonage was just a few hundred feet from the church). To my chagrin, he often preferred riding his tricycle around the parking lot, and no amount of coaxing could get him to give up outdoor play in favor of going inside.

I call this a confessional because all these examples of being bored or impatient with the entirely appropriate play-focus of children under my care exemplifies my own spiritual sickness during those years. Whether it was in the playroom or the forest, I was incapable of being present in the moment, always living for higher cognition, for better understanding of the world of politics and culture, for fiction that helped me escape the disappointments of my present and put myself in an imagined future that was far more exciting. There was a focal disconnect between my self and the world in which I existed, the people with whom I lived; and my soul was at risk.

This was true for all the years I was in ministry. It was not until I returned to education, had been teaching for three years, and finally discovered the Orff Schulwerk approach to music education that I began to understand how much I had missed. For the first time, I was down on the floor with children, playing games, singing songs, getting a window into their worldview. Through their eyes, I saw what I had been missing, and it shattered me: play was not, as I had for so long thought, childish, simple-minded, unproductive, boring. Quite the contrary: play was, as Maria Montessori put it and Carl Orff confirmed it, the work of children. Being in their moment was and is an incredible privilege, a gift that has informed every other aspect of my life. On mountaintops and ski trails, on runs in the park, at meals both sophisticated and mundane, in concert halls and listening through headphones, simply sitting on a couch with my beloved, I am more present than I have ever been able to be; and embracing that moment, however still or active it may be, I am more fully myself than I ever was as I looked at my watch, wishing playtime could end so I could get on with reading the editorial page.

Teaching saved my soul. The children I teach make every work day a deeply spiritual experience. Improv, as well, is a spiritual exercise, a discipline of clearing my mind of everything but the flow of a scene, finding precisely the right music at my fingertips to guide it, ride with it, help all of us to get home together.

To my children, and to my youngest brother, I do need to say this: Sarah, Sean, David--I am so very sorry I was not down on the floor with you more than I was, that I did not drop everything to play with you whenever you wanted it, that I begrudged some of our time together. I regret every offer of playtime I ever turned down. I wish I could get them back. And even though I cannot, I do have this request for you, if it's not too late: the next time we are together, would you like to play?

With love and gratitude to all the children, past, present, and future, in my life,
Mark
floor time parenting playtime presence
Location: Portland, OR 97229, USA