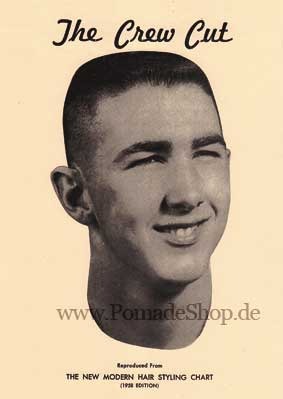 There are times when ideals have to be seasoned with pragmatism.

I mostly keep my hair short these days. Very short. I go in to Great Clips and ask for a clipper cut, 5 comb on the top, 4 on the sides. The reasons are twofold: with my hair this short, shampooing is a snap, and I can do it with any soapy liquid; and more importantly, I've concluded that my receding hairline has finally reached the point at which I just look better with a buzz cut. Any concessions to vanity in the form of longer hair soon takes on the aspect of a comb-over, and if allowed to get too long, can become Hitleresque. Better just to keep it short. Very short.

This is in stark contrast with my youthful preference for hair that came down to my collar, and occasionally beyond. I was a frustrated hippie wannabe. I had a cousin whose ponytail went all the way down to his waist, but I never quite summoned up the gumption to go that far. Mostly I went for shaggy. But it's been years since I could pull that off, so the bohemian ideal of the artist's do has been sacrificed on the twin altars of taste and convenience.

And with that, I turn back to discussing classroom management in general and, more specifically, extrinsic and intrinsic motivation.

In my previous discussions of this issue, I've come down hard on the side of intrinsic motivation as the only ethical choice for either an educator or a religious person. The moment at which one's choices are motivated by fear of punishment or the promise of reward, those choices cease to contribute to long-term retention of the behavior or learning at issue. If I only study to avoid penalties or to earn prizes, I'm never going to realize that the content I'm studying is worth my time. I won't learn to love it for itself.

That's my ideal, in a nutshell: unwrap the subject in such a way as to captivate my students, and they will love it for life. And I do believe that with all my heart.

The reality of my work, however, is that not every student can be motivated by the inherent coolness of music. Most of them can, and that's what keeps me motivated from one day to the next. But a significant minority need more. They've got to be coaxed into giving the music a chance, into letting it into their hearts past the attention-demanding, classroom-disrupting behavior they bring through the door of the gym. And so I have an additional incentive for good conduct: "Corral Cards," light referrals that result in notes going home to parents about how a student has been disruptive, disrespectful, unsafe.

I wrote one yesterday for a third grader who'd been excessively sassy, continuing to talk back to me as I was correcting him for talking back in the first place. This morning he presented me with a written apology, clearly written with a parent leaning over his shoulder. I expect the next time he starts to feel his oats, all I'll need to do is direct his attention to the clipboard with the corral card, and he'll  clean up his act. The rest of the class will benefit as a result, able to more completely concentrate on the lesson thanks to the reduced distraction.

This is the ethical compromise I'm having to make: in order to reach the majority of students who are intrinsically motivated by the music I'm sharing with them, I have to dabble in extrinsically coercing their less cooperative classmates into giving me, and the rest, a chance to have a learning experience together.

It's a compromise I see being made throughout the school. Today I witnessed the kindergarten teacher I help at bus time using a system of awarding points to tables that were quietly waiting to be dismissed. This is the most feral bunch of kindergartners I've ever had to work with, and they were, every single one of them, sitting patiently. And then came the reward: each child received a chocolate. It worked.

So is that what it comes to? Buying good behavior with candy? Certainly that bothers me, but I can't but acknowledge that these children have been in need of major domestication since day one. When they come out to the gym for music, class frequently devolves into chasing them down as they rampage through the room, often endangering each other with their thoughtless actions. If the cost of getting them to sit quietly and attentively for five minutes is a tiny piece of chocolate, perhaps it's worth it. I know for certain there's very little learning going on when I have to play kitten wrangler for the entire time they're with me.

This is true with the older children, as well: I can't teach effectively when even just a couple of students are acting out, raising their voices, banging away on instruments when they haven't yet received permission or instruction, teasing others, whittling away at the minimal instructional time I've got.

The dirty secret of it all is that extrinsic motivation works: it stops the misbehavior. Like a shot of caffeine to a drowsy truck driver, it ups the attention span, generates enough focus for me to get the lesson in front of my students. It's the same with competition, a motivator that many in the Orff world eschew, but which has salvaged many a music lesson from the complaint of boredom. I'd rather not use it--I really don't believe in it--but it works, by golly. It gets them to attend and cooperate, and if I can't get them to do that, I can't teach them anything.

You won't see elaborate star charts, or promises of video days or pizza parties or any of the other tricks other teachers use in my classroom; but you will see me (thank you, Tim Wiegand, for this idea) singling out well-behaved students to have first choice of the cool instruments; holding out the possibility of referral as a brake on behavior that is running far too hot; and the fun of competition to keep kids focused and on task. I won't push these tricks, but they'll be on my tool belt.

Because, bottom line, I'm here to teach, and if a little icing on the music cake makes it more appetizing to the finicky students in my classes, then so be it.
discipline extrinsic motivation
Location: Margaret Scott Elementary School, 14700 Northeast Sacramento Street, Portland, OR 97230, USA