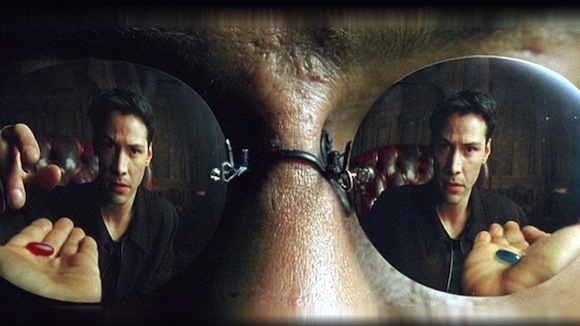 I've written thousands of words in this space about things I no longer believe, and why I have lost my faith in them. Ironically, my favorite part of the church service used to be the recitation of the creed. Methodism is not a creedal faith--the church has no official statement of beliefs (don't tell the conservative Good News lobby this unless you're up for a thumping of Biblical proportions)--but most Methodists spend a couple of minutes every Sunday speaking a creed in unison. Because none of them is official, there can be a different one each week. I liked the Apostles' Creed for its conciseness, and because I could say it from memory; and the Creed of the United Church of Canada for its contemporary social justice orientation. The Nicene Creed, on the other hand, felt like an exercise in dogmatics, which is exactly what it was intended to be from the beginning: a bureaucratic summary of those beliefs deemed essential to Roman Catholicism. For much of the history of the Roman Church, Catholics were required to believe everything in this creed, under pain of Inquisition.

The Canadian Creed I mentioned had considerable wiggle room in it for a young man of my skeptical inclinations. It still affirmed belief in Jesus, but it also stressed the importance of action in the world, and it began with the words "We are not alone, we live in God's world," and ended with "In life, in death, in life beyond death, God is with us.We are not alone. Thanks be to God." This was comforting to me, and I wholeheartedly embraced it, in large part because I lacked the certainty of faith I saw in so many around me.

I never really had that kind of faith. At times it was almost in my grasp, but to possess even a small portion of it, I had to surrender much of my identity. At times I experimented with the more emotional aspects of Evangelicalism, but it proved a poor fit. I simply could not suspend logic enough to claim the Truths of belief as my own. I tried, sometimes on my knees, to surrender myself to certainty about the virgin birth and the Resurrection. I could earnestly accept that there was symbolic truth in those doctrines, but my bottom line was that these were matters of faith, not news reports; and over time, I came to believe what truth was in them was symbolic.

That is where I am today, accepting that there is symbolic truth in religion. It's an aesthetic spirituality, a spirituality grounded in overhearing the gospel, in sensing something ineffable in art and nature, but of never being able to grasp it. It's why I cannot speak a creed that makes concrete statements of fact. I don't know for a fact that Jesus was born of the virgin Mary, or rose from the dead on the third day, so I can't say I believe it.

But am I an atheist, one who has no belief at all? Must my statement of faith be that of Penn Gillette, whose essay on "This I Believe" was about unbelief? Am I ready to climb aboard the atheist bandwagon with Bill Maher and Richard Dawkins?

No. Not by a long shot. Because I do believe some things. And here they are.

1. I believe in community. The creeds refer to this as "the holy catholic (small "c" for universal) church" and "the communion of saints." I believe in the power of people coming together, whether through affinity or in celebration of diversity. I believe people are more powerful when they are connected to others, that communities can carry individuals through times of crisis, that hanging together we need not fear hanging separately. I believe communities are strongest when they are intentional, when members can speak their truth to one another with compassion and integrity, and when no one need fear being cast out for being different. This sounds utopian and idealistic, but if the New Testament has any truth in it, it is how the early church functioned.

2. I believe in the Cosmos. There are far more things in heaven and earth than I can even begin to dream of. When God rebukes Job from the whirlwind for being so small-minded, I feel my own petty complaints shrivel. I do refer to the Universe as Creation, and I experience it to be constantly creating and recreating, evolving, transforming, birthing, dying, being reborn. My mind cannot begin to comprehend the vastness of the night sky, let alone Hubble Telescope's deep field. Nor can I grasp the quantum structure of all matter and energy. The awe I feel as I consider both the micro and the macro, and the emergence of life from their interplay, has a religious aspect to it. Whether God is a part of it is unknowable to me, but considering it both humbles and astounds me.

3. I believe in evolution. Whether or not God is involved in the constant recreation of the biosphere, our world is developing all around us.

4. I believe in chaos. Life is random, nature is random, much that happens to us is random. Humans do interfere with that randomness, but even so, we cannot avoid the chaos for long. A jar falls on my foot, breaks a toe, and sidelines me from teaching the movement activities I had planned for my next week. Neil Degrasse Tyson refers to this as "Stupid Design": there is so much in the Cosmos that is out to kill us. Richard Dawkins talks about the ongoing scream of natural selection, as every thing in nature eventually succumbs to something else. We are all born to die, and our deaths are both random and inevitable. Entropy is ultimately victorious over order, which cannot help but corrode, decay, collapse.

5. I believe in order. The fractal nature of chaos creates intricately beautiful patterns. Simple laws, many of them reducible to easily proven equations, govern the motion of the stars and planets, the birth, life, and death of all living things, the ways in which children mature into adults, and those adults pass through phases of exploration, coupling, childrearing, empty nesting, retirement, and ultimately death. As chaotic as the Cosmos can be, it is ultimately governed by laws discernible by intelligent beings.

6. I believe in art. The arts make human life meaningful, and it is criminal to remove them from school curricula in the service of balancing budgets. If we devoted to the arts half the energy and resources we poor into improving test scores in English and math, our nation would be a stronger, happier, less violent place.

7. I believe in life. Throughout our world, life proves itself more powerful, more resourceful, more insidious than any obstacle thrown in its way. Tour the blast zone around Mt. St. Helens, visit Badwater in Death Valley, dive to the deepest parts of the ocean, and you will find life, adapting, adjusting, overcoming.

8. I believe in love. There have been times in my life when I questioned this belief, as one relationship or another crashed and burned; but over time, I have seen that love, like life, will overcome. When abused, it can and will die, but if allowed, it will reenter the coldest of hearts and ultimately triumph.

9. I believe in beauty. I walk in it, bicycle in it, ski in it, drive in it, hold it in my arms, fill my senses with it, and it never lets me down. Experiencing the beauty in every moment has become my true faith.

This list is not exhaustive. I'm sure there are plenty of other things I believe in. What holds them all together is that they are things I have experienced, seen and tasted and touched and heard with my own senses, and this is how I know them to be true. These are things I cannot say about the power of prayer, the rightness of institutional authority, or any of the other dogmas I once clung to in my insecurity, knowing in my heart that none of them held water. And yes, I realize that some things do have to be believed to be seen, that there are times when a leap of faith is required to move from rejecting to accepting reality--which brings me to a tenth statement that subsumes all the others:

10. I believe that no mind can comprehend all truth. Reality is bigger, smaller, more complex, more intricate that any sentience can grasp. In the face of such grandeur, how can I help but fall to me knees in an attitude of worship--whether or not there is a God in the equation?

And that, dear friends, is the faith I have grown into at the age of 52. I can only hope that you, too, may experience some semblance of the tranquility I have come to know in this faith, whether yours is grounded in institutional religion or tailored to your own unique sensibility.