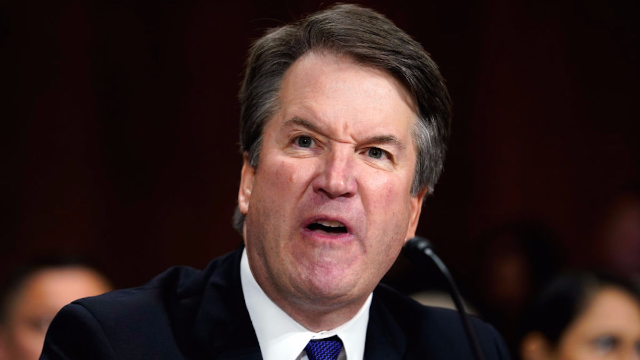 No, it doesn't make me believe him--but maybe I'm weird.

Once or twice a school day, one of the two hundred children I see makes a bad choice that results in another child being in tears. Classmates are quick to finger the perp, who initially will point at innocent bystanders as the true culprits. When that fails to impress me, the child will say something along the lines of "It was an accident" or "I didn't mean to." My response is consistent: whether or not you meant to hurt someone else, you did, and now you need to apologize. In some cases, the denials take on an angry edge, with raised voices and furious eyes accompanying the insistence of innocence. Sometimes this works, to an extent: I'll investigate further, wanting to be absolutely sure who was responsible for the incident. As often as not, though, the stridency of the protest correlates with the guilt of the protestor. The louder they deny, they guiltier they are.

For much of my life, I thought that was conventional wisdom: vehemence and veracity were, at best, unrelated. My experience has borne it out: angry liars are still liars. In fact, the fact that they can maintain a lie while appearing to be furious about my doubts tells me not that they're more sincere, but that they're better at pretending to be offended. I learned it as a pastor dealing with panhandlers who'd come calling, sometimes on the phone, sometimes at the parsonage door, sometimes to the church office just minutes before a worship service was supposed to start. Rather than simply ask for the handout they clearly wanted, they'd tell a story about how they got into their current crisis. Ask them about the details of the story, and it would get more elaborate. And if I at any point were to challenge inconsistencies in the story, or offer a non-cash alternative solution to the problem, the humility of the supplicant quickly transformed to despair or fury.

So no, Mr. Kavanaugh, the stridency of your denials does not lead me to believe you. If anything, it tells me you're guilty of something, and rather than own up to whatever it is, you're hoping your loud voice and angry face will cow me into retreating from an accusation that clearly touched a nerve. I'm far from alone in believing it was the comportment of your denials, rather than their substance, that disqualified you for service on the Supreme Court.

Unfortunately, I no longer live in a world that bases its judgment of statements on their content rather than the emotion with which they were delivered. That world has been rapidly receding since November 9, 2016, when a loudmouthed anti-intellectual entitled grifter was elected president.

The Republican wing of Congress had not expected this result. They'd been looking ahead to another 2-4 years of obstructing executive policies, stonewalling nominations, and clogging the news cycle with pointless investigations. Instead, they now had a reliable, if volatile, ally in the Oval Office who would happily rubber stamp the most extreme legislation they could imagine. Already ethically and intellectually compromised, the GOP plunged into an abyss of hypersonic codswallop.

It wasn't enough for Trump and his ilk to bellow their lies, either. The benefit was extended to tyrants around the world, execrable dictators that previous administrations would have kept at arm's length, if not outright rejecting them altogether. Vladimir putting, a former spy trained in sincere deception, denied any Russian involvement in turning the election in Trump's favor. Seeing a kindred spirit in the protest, Trump believed him. It was the same with Kim Jong-un, Mohammed bin Salman, Recep Erdogan, and, of course, Brett Kavanaugh: just say it loud enough, emotionally enough, and Trump will buy it.

Meanwhile, those of us disposed to a more reasoned approach have been finding ourselves disposed of. I stick to my guns with the juvenile offenders I see every day: yes, I see you're upset about being accused of a rules violation, but since I have no way to tell how much of your anguish is sincere, and how much is method acting, I'm just going to ignore it. The Republicans on the Judiciary Committee, and their colleagues in the full Senate, have taken the opposite, Trumpian approach, embracing the fury of Kavanaugh's denials as proof of their veracity. Clearly none of these guys (and yes, at least on the committee, they were all guys) has ever had to manage a pastor's emergency fund.

In the wake of the rush to get Kavanaugh sworn into office, I saw many an anguished rejoinder from commentators on the left stating that a woman behaving before the committee as he had would never have been confirmed. And yet, I'm not aware of any woman--or really, of any person of any gender--going on from an emotional display like Kavanaugh's to a full Senate confirmation. Come to think of it, I can't think of any nominees acting out in this way since I started paying attention to politics in the mid-1970s. It's just not how professional, diplomatic people behave--or, rather, it wasn't how they behaved. Oh, they could put plenty of venom in what they said, but they always did it in a civil way.

Two years into this new world of believe passion over facts, I wonder how long the planet can survive it. Angrily dissembling tyrants are just as guilty as those who hold their tongues. Furious denials of the science of climate change do nothing to reverse the catastrophic warming of the atmosphere. And a fear-mongering, name-calling ass of a president does not earn my trust with his vehemence.

He does, however, convince his base, the only part of the electorate whose approval he covets. They enjoy his rants and tirades, see their anger at a system that has let them down reflected in his fury, eagerly embrace his deflection of blame away from himself and his coterie of fat cats, and onto women and persons of color. Say it loud enough, with enough feigned sincerity in your loud voice and your angry face, and these voters will believe it.

The planet is out of balance. I don't know what it's going to take to restore its balance: Trump has done so much damage in less than two years in office, it could take decades to set it right. But I can be sure of one thing: taking control of at least one house of Congress away from the Republicans is a good start.

So as your ballots arrive in your mailboxes (or, for non-Oregonians, as Election Day draws near), keep this in mind: the world needs leaders who speak truth calmly, logically, and consistently, however many times it has to be said before the shouters start listening. We don't just need them in Washington, DC: we need them on the city council, the school board, in the mayor's office and the governor's mansion, and the state legislature. And yes, we need them in Congress, doing all they can to turn back the tide, to shore up democracy against the category 5 hurricane of bullshit blowing out of the White House and the parallel typhoons in the Senate and House majority leadership offices.

Bringing it back to the local again, we need it in our homes, our schools, our workplaces. We need to train our children and employees to deal with problems constructively and logically, to save passion for the celebration of a job well done, or for the anguish of an incident of injustice. As human beings, we have got to evolve past this tribal sense that the loud voice is also the truest voice. I wish I could say it starts with the rejection of Kavanaugh, but that ship has sailed. Let it begin, then, on November 6 with the rejection of Paul Ryan and the chastening of Mitch McConnell. There's too much at stake to let the grifters continue to get away with their deceptions, however much stridency and faux sincerity they channel into them.
Brett Kavanaugh Donald Trump Sincerity stridency
Location: Portland, OR 97229, USA