An Atmosphere of Bigotry 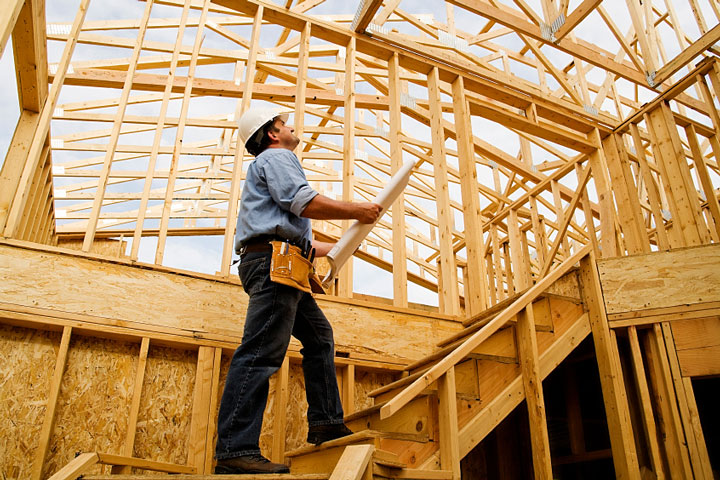 Not nearly as scary as Trump wants you to think.

It's been yet another time-dilated week, a week crammed with presidential verbal bullying, dehumanizing policy proposals, racist fear-mongering, and on top of all that, pipe bombs sent to prominent critics of the Trump regime, an arrest revealing the bomber to be a rabid Trump believer, and finally a synagogue massacre. That last atrocity was committed by a right-winger who believes Trump colludes with the Jews he mowed down with an assault rifle, but it's still of a piece with every other horror that has issued from the putrid mouth and thumbs of our monstrous accidental president.

In an effort to escape the horror of the news cycle, Amy and I took advantage of a break in the weather to walk through a new development near our home. The neighborhood was still going up, and we passed several houses under construction. The carpenters' work was lent an air of festivity by the music they had playing: mariachi-style Mexican folk music, complete with trumpets and accordions. The carpenters building these homes were, like the roofers, housepainters, landscapers, plumbers, bricklayers, and so many other skilled laborers here in the Pacific Northwest, immigrants--and the descendants of immigrants--from Latin America. They're here because the work is here, and they do it well. They're building lives for themselves and their families, just as are the many Chinese and Indian engineers who live in the homes they're building. They, too, are here because this is where the jobs are.

And these are the people Donald Trump has not ceased to campaign against since he came down his gilded escalator to announce to a hired audience that he would run for president and, in almost the same breath, that he would do it to close the borders of the United States to Mexicans, whom he labeled as criminals.

Trump's appeal to his most rabid supporters has been, from the beginning, that he taps into their fears about the transformation of America. These new Americans don't look like the European settlers who took the continent by slaughtering its native population, and many of them still speak languages other than English both at home and in public places. That makes them Others. It doesn't matter how hard they work, how honestly they deal with customers, how law-abiding they are, what great students their kids are, what wonderful cooking smells waft from their kitchens, how friendly they are when you meet them at the mailbox: they still look different, sometimes speak in languages other than English, wear clothing reminiscent of their country of origin, listen to cheerful folk music that is clearly not from around here, and can't help but remind their white neighbors that their days of majority are waning.

It's those racist homophobes who turned out in sufficient numbers in a few key states to tip the electoral vote to Trump, and since taking office, he has rewarded them with an unbroken chain of bigoted policy proposals. He's tried again and again to bar Muslims from entering the United States. His southern border policies have resulted in the separation of small children from their parents, and his latest reactionary proposal is to shut down the entire Mexican border to prevent a caravan of refugees still a thousand miles away from it from making their appeal for sanctuary once they finally reach a port of entry. He's tried repeatedly to reverse policies that opened military recruitment to transgendered Americans, and now a proposal has surfaced that would present a unified redefinition of protected sex categories limited solely to cisgendered, straight men and women. His demagogic rallies hurl racist invective at his political opponents, and encourage his followers to commit acts of violence against anyone who disagrees with him.

Fearful of a rout in next month's election, the Republican party has hitched itself to the Trump train, struggling desperately to keep the racist rabble happy. That's getting harder and harder to do, as these people reveal themselves to be far more deplorable than Hillary Clinton's problematic speech made them out to be. In the last week, a white gunman killed two black senior citizens at a grocery store, but only after he was unable to get into a black church. Many of the pipe bomber's Democratic targets were, not coincidentally, persons of color. And now a right-wing gunman has committed the worst massacre of Jewish people in American history. While only the pipe bomber can be said to have been a true believer of the Trump cult (his van was plastered with Trump stickers, he's been photographed attending Trump rallies, and his social media is filled with pro-Trump posts), the Other-targeted violence is of a piece with the general atmosphere of white nationalist flag waving Trump has encouraged from the first days of his campaign. He is, let's not forget, the first president in eighty years to shy away from condemning Naziism; and even as he dutifully reads boiler-plate condemnations of bombings and shootings written for him by a White House staffer, he punctuates those readings with parenthetical remarks revealing his own insincerity. Last night, he began a rally with one of those prepared statements, then quickly snapped back into violent demagogue mode, blaming the news media for their own victimization, excoriating the very Democrats who'd been receiving pipe bombs from one of his followers, and ginning up fears over the Honduran refugee caravan.

Trump did not invent this bigotry. It's been with us from the beginning, at times flaring to operatic levels of violent persecution (slavery, Jim Crow, genocidal wars on Native Americans, Operation Wetback's rounding up and deportation of Mexican-American citizens of the United States, Japanese-American internment camps, thousands of lynchings, the KKK terrorist campaign against civil rights, the systematic denial of rights throughout American history to any but property-owning European-descended men); but since the end of World War II, cooler, more pragmatic heads have dominated the policy arena, expanding definitions of protected classes to include more and more previously excluded groups. Prior to Trump's swearing in, in fact, it could be argued that the United States had achieved an unprecedented level of acceptance for diversity.

But change is hard. There's always someone who misses the old days. Eight years of a black president who was committed to expanding human rights was more than these bigoted nostalgists could take. Trump offered a voice to their most deplorable fears and hatreds: someone who looked like them, talked like them, and most importantly, would do something about it. He promised to shut the gates and lock these foreigners out. He promised a law and order regime that would resubjugate African-Americans. He vilified the intellectual progressives for their willingness to defend the Other against the salt-of-the-earth racists who cheered so enthusiastically at his rallies. He called the open-minded media enemies of the people (meaning enemies of his people). Piling outrageous remarks on each other, he stirred his crowds up to a fever of indignant fury. And from time to time, one of those followers takes him so seriously as to take up arms against the people Trump has labeled enemies of America, whether it's by sending bombs to Democratic leaders, picking off black grocery shoppers, or shooting up a synagogue.

The violence is just starting to escalate. Trump's most sincere reaction to it has been his concern that voters will be distracted from his more remote racist message, the fear-mongering over the Honduran caravan, which he's been hoping will bring out more Republican voters for the midterm election. Instead, this latest news cycle appears to be energizing Democrats, already turning out in record numbers, to get even more of their numbers to the polls.

I can't predict what will happen on November 6. I'm hopeful that the House will be flipped; far less hopeful (but crossing my fingers) about the Senate flipping; eager to see how many state governor's mansions and legislatures turn blue; and I think much of that will happen. As much as I want a Democratic wave to put the brakes on Trump's campaign to disassemble progressive America, I'm worried about what may happen if that is, indeed, what takes place. Trump has been heaping lie upon lie, casting doubts on the legitimacy of any election that does not affirm his repellant priorities. If Republicans get shellacked, I expect their leaders will concede to the Democrats who step up to take their places; but I worry that Trump's followers will not be as accepting of such a result. And now we know at least one of them was motivated to try blowing up some of those leaders. Who's to say there aren't more deplorables out there (many of them armed to the teeth) who won't take it upon themselves to aid their fearless leader in clinging to power by picking off a Senator, a Congresswoman, a reporter, a mayor, a congregation of Muslims, a busload of black students on a field trip? Losing big on November 6 could be the catalyst to a whole slew of violent hate crimes.

I hope it's not. I hope Republicans will be as civil about losing power as their Democratic colleagues were two years ago, and that their constituents will support that concession. And if that can happen, if we can get started on the road to recovery without another bloody incident, I'll be relieved and excited about the possibility of taking the country all the way back in 2020. Maybe a drubbing at the polls will finally wake Trump up to the country's need for him to tone down his rhetoric.