The Worst Form of Government 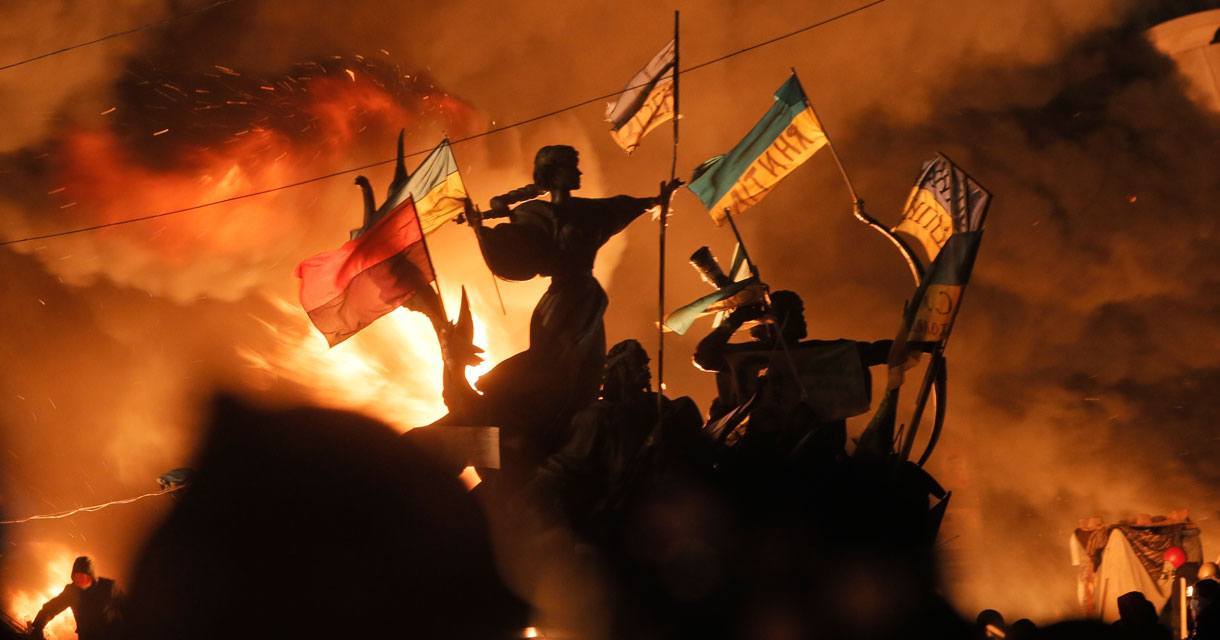 We are four days away from the official beginning of the worst presidency in the history of the United States.

Do I know this for a fact? Can I be absolutely certain that Donald Trump's administration will be a disaster from start to finish? That his minions will be able to sell off public education, Medicare, Social Security, the National Parks, the interstate highway system? That he will expel immigrants, close the borders, alienate China will cozying up to Russia, abandon Europe, invade Mexico, launch a nuclear attack on Iran? That he will force the American power industry to abandon alternative energy initiatives and revert to burning coal, the auto industry to mothball emissions-reducing hybrid and electric technology in favor of giant exhaust-belching SUVs, the paper industry to resume clear cutting old growth forests, oil companies to drill in the heart of national wildlife refuges? That his nominees to the Supreme Court will reverse all recent progress on civil rights, reject attempts to overturn voter suppression, throw out Presidential term limits and even elections so that he can remain Dictator in Chief as long as medical technology can keep his tiny heart beating, if not until the end of the warranty on the robot body his narcissistic brain is eventually transplanted into?

No, I don't know it. I can't be certain any of these things will happen. Trump could drop dead of a heart attack next week, be impeached for flagrant violations of the emoluments clause next month, resign this summer out of frustration frustration at how hard it actually is to rule the world--though any of those contingencies would put Mike Pence in the Oval Office, handing over the reins to a smooth talker who can probably be far more effective getting Congress on board with his insidious right wing agenda. More likely is that the populist working-class vote that gave Trump his small electoral vote victory will be quickly disenchanted with how blatantly business-oriented his government is, how harmful to their own interests repeal of the Affordable Care Act will be, and how baldly anti-labor the Republican Congress has become, and will vote accordingly in 2018, handing at least part of Capitol Hill back to the Democrats. Meanwhile, even with conservatives taking the place of retiring, age-incapacitated, or dying liberal justices (not to mention the "Scalia seat" that should have gone to Merrick Garland), the Supreme Court will finally rule on gerrymandering, a practice so obviously anti-democratic that not even a Republican-Senate-approved Trump appointee could justify allowing it to continue. Meanwhile, Democrats will finally learn the lessons of the Tea Party, and respond to every outrage the GOP attempts to foist on the nation with organized grass roots fury.

Trump's not even in office yet, but this last brake on his power is already gearing up. In Aurora, Colorado, a Congressman meeting with small groups of constituents snuck out the back door rather than face the hundreds waiting to tell him to leave Obamacare alone. Phone calls and tweets led House power-brokers to table plans to water down an independent ethics panel. Across America, pro-ACA demonstrations are drawing thousands. If this country goes into the dark night of authoritarianism, it will not be without a fight.

I wish it didn't have to be this way; that our government could arrive at bilateral decisions through thoughtful, courteous debate; that elections could be trusted to elevate leaders who genuinely represent the majority of the American people, but who never forget that the minority who didn't vote for them are also still their constituents.

That's what the founders of every democracy have wished. And yet, going back to the very first democracies, it's always been understood that this is a deeply flawed method of choosing leaders, as Winston Churchill famously observed. It's why the Constitution originally set the power to elect the President several layers away from the voting citizenry. The actual votes for the Presidency were cast by electors, who were themselves appointed by state legislatures, themselves elected by direct vote of white, propertied men. It took 48 years for the intermediation of the state houses to disappear from the equation, another 40 to officially open the ballot to non-white voters, 50 more after that to permit women to vote; and still, 228 years after the first Presidential election, the electoral college remains in place, skewing the result toward more conservative populations. All those buffers were in place to prevent a result like that we're facing this week: a demagogic populist with neither the experience nor the temperament to oversee the world's largest economy, most powerful military, and most influential culture. This wasn't supposed to be possible.

But that's the thing about democracy: it runs on chaos energy.

Churchill was well-acquainted with the more direct democracy of parliamentary rule. For all the trappings of royalist tradition surrounding it, British government is more purely democratic than our layered system. The British elect members of parliament; the leader of the party with the most members becomes prime minister; and whichever party has the majority rules absolutely. The majority can act as tyrannically as it wishes--although, since it is always just one election away from losing its power, it has to be utterly responsive to its constituents. Debates in the House of Commons are raucous affairs, and the prime minister is regularly subjected to blistering "question times" that make an American press conference look like tea at the Empress Hotel. Absolutely shut out of power, minority parties in Britain take seriously the responsibility of being the loyal opposition, and oh, how they oppose.

American democracy has only just begun to relearn this lesson. For most of the 20th century, Congress was a polite debating society, and Presidents governed with dignity, unafraid of disrespectful attacks from constituents, reporters, or other politicians. That all began to change with the Republican revolution of the 1990s, and Newt Gingrich's unabashedly partisan reign as Speaker of the House. The Tea Party movement of the early Obama years threw gasoline on this fire. Those who opposed government policy no longer felt the need to be polite, respectful, or even decent. Town halls on health policy devolved into shouting matches, and the Affordable Care Act was passed without any help from Congressional Republicans, who had realized that their return to power was predicated on opposing every appointee and piece of legislation to come from the Democratic party.

That effective strategy has landed us where we are, and has placed Republicans in an uncomfortable position: they've got the power to advance their extreme agenda, but they have it solely by virtue of the Trumpian con America fell for. They stitched together an ugly victory at every level by suppressing Democratic votes and encouraging nationalistic tendencies in their own base--people who, had they been tuned into Republican, rather than Trumpian, policies would have been furious at what they were ratifying with those Trump votes. Trump's populist message, whether or not he believed it, was often anti-capitalist; the Ryan agenda is ruthlessly pro-capitalism. Trump promised to protect the retirement safety net; Ryan hopes to discard it in favor of something market-based. Trump stirred up white working class support by being rabidly anti-trade and anti-immigration; the Republican establishment understands that economic progress depends on open borders.

It falls to Democrats to be a truly loyal opposition. Rather than cravenly opposing, in a knee-jerk fashion, everything that comes out of the White House and from the office of the Speaker simply because it is Republican, Democrats must fight back for reasons of justice, morality, and ethics. Yes, we must turn out in large, loud gatherings, just as the Tea Party did, to oppose any health care initiative that would remove coverage from any American, for any reason; but we must do it for our neighbors, and not for the insurance companies. Yes, we must express our anger and fear, and do it in huge numbers; but we must at the same time make common cause with the disenchanted Trump voters who are already discovering he was not really their champion, after all.

We'll be helped along the way by the simple truth that the Democratic agenda is, quite literally, democratic: of the people, by the people, for the people. Progressive American values are community values, values that are inherently coalition building. It's easy to contrast every single Republican profit-driven health care proposal with the simple principle of health care for all; to promote the rights of every American to have a voice in government over the backward Republican appeal to just white male voters; to insist, and never stop insisting, that this country belongs to all citizens, not just the billionaires who want to buy it out from under us.

Consistently argued by organized citizens, these are ideals that can and will defend this nation from the rapacious minority who are about to assume full control of Washington, and, in two years' time, will begin to take that control back from them.

Democracy got us into this mess. Democracy will get us out of it.
Labels: democracy Donald Trump Trumpism Winston Churchill
Location: Portland, OR 97229, USA