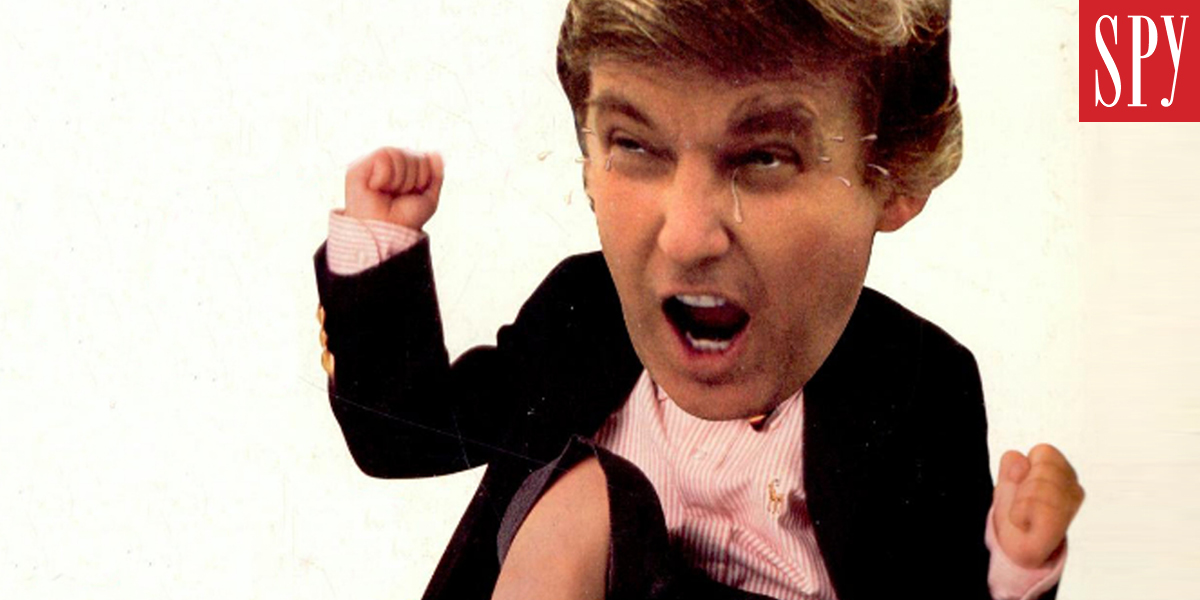 As the "SPY" logo suggests, I'm not the only one making this analogy.

Last night, when I learned that school--and tonight's 2nd grade concert--would be canceled due to a winter storm that has yet to arrive, my first thought was, "Whew. Those kids really aren't ready to perform. Another week or three of rehearsals, until we can reschedule, and I'll feel much better."

There are a lot of reasons my second graders aren't ready, and most of them have to do with me being new to this school and, more than that, new to the whole idea of a single-grade-level concert. In the past, all my elementary school concerts have had at least three grade levels performing, which means each grade only has to provide two or three pieces. Padding out what these second graders could do was involving a great deal of padding, and it's clear to me now that I should have had this concert in the works from the first day of class.

So most of the pre-concert jitters I've been feeling were my own fault, and I'm already adjusting lesson plans to be sure the other four grade level concerts will have more performable material spread out through the year. But there is one other reason this concert, and every other school concert I've ever prepared, was not going to be as good as it could have been: I have to teach all the children.

Before you get all het up about inclusiveness and differentiation and all the other progressive bugbears, please know that I heartily embrace all these principles. If I wanted to direct a children's choir that was always perfectly behaved, sang flawlessly, and took first prize in competitions, I wouldn't be a public school music teacher. While I believe performance is an essential aspect of music, my career has been built on empowering ordinary people to perform to the best of their ability, even if the result falls far short of professional standards. That's the charm of a school performance: children enthusiastically making joyful noises that occasionally transcend their imperfections. I love all my students, including those on IEPs who, in a different era, would not be mainstreamed with their grade level peers.

With that said, here is an essential truth of public education: there are some children whose congenital behavior, due to factors beyond their control, hamper the learning experience of the rest of the class.

Take the two girls who ruined my high school choir. I'm not exaggerating: for an entire semester, their defiant, disruptive behavior made it impossible for the choir to rehearse until they were sent to the office. This became a daily ritual. I tried having them removed from the choir, but was told I had no choice: there was no other class they could be transferred into. They finally dropped the class at the semester, but so did half the other kids who were just fed up with the nonsense.

I don't know why they acted the way they did, but at some point it became clear to me they were locked into these behaviors.

I've taught many younger children who were also locked into behaviors that made it difficult for me to teach, and for their classmates to learn. At my last school, much of those behaviors originated in traumatic home lives. Some were related to language barriers. There may have been a high incidence of fetal alcohol syndrome in play. None of this was the children's fault: things had happened to them, or were happening to them, that made it extremely difficult for them to participate appropriately in school. Being in music class was not an audition-only experience, so I had to teach all of them.

There's much less of that going on in my current position, but there are still a few children in every class who need some help with behavior. Many respond well to simple interventions like clipboards and tokens, and I rarely encounter anything even bordering on defiance. But there are a few, scattered across the school, mostly on the autism spectrum, who simply can't be reached in these ways. I'm learning who they are, and I'm structuring lessons now to be sure I give these children the first chance, every class, at playing the instrument they really want to play. It's not fair to the other children, but unless I do it, the resulting conflict will dominate the rest of the class. It's better to make this one concession to unfairness than to have the entire class suffer from lost instructional time. Had I learned this lesson a month or two earlier, the second grade would be in far better shape for the concert that just got canceled. Had I know it four years ago, I might have figured out a work-around for those two disruptive teenagers that saved the choir.

To sum it up: learning which battles to choose is the most important part of adjusting to a new school.

Or, perhaps (here comes the pivot), to a new President.

I pulled the picture at the top of the page from a piece in SPY, a satirical news magazine that ran from 1986-1998, and has just been revived as a feature in Esquire. In an interview with a child psychologist, various behaviors of our President-elect are presented as those of an eight-year-old boy. The psychologist doesn't diagnose--doing so in such a hypothetical setting, without any chance to interview the actual subject (part of the schtick is that she doesn't know she's talking about Donald Trump), would be extremely unethical--but acknowledges that such behaviors are consistent with conduct disorder.

There are interventions for an eight-year-old with this condition, many of which hinge on carefully choosing battles. In a public school setting, with psychological professionals and special educators on staff, a behavior plan can be developed that includes rewards and redirection. At every transition, caring, attentive adults are present to encourage better behavior, and to mark off progress on a clipboard chart. At the end of the day, the child earns a simple token reward. I've seen these behavior plans work again and again--but I've also seen them fail. Some children are just too hard-wired for disruption, and the longer they continue to act in this way, the more ingrained the behavior becomes. By high school, they become like the dynamic duo that brought down my choir. By the age of 69, with a lifetime of seeing their disruption pay dividends of attention and financial success, it's highly unlikely an individual will ever emerge from this disorder.

We're about to head into at least four years of governance by a spoiled brat. We don't have a choice in this matter: he's been mainstreamed into our national classroom, and he's not going to allow anyone to learn until he gets what he wants. What he wants is attention: praise, coddling, affection, applause. He can't admit it to himself, but he also wants more negative attention, because it gives him grounds to lash out with Twitter rants that he clearly finds stimulating. Of course, given how powerful he already is, let alone how immensely more powerful he's about to become, it's not as if there are any negative consequences (short of impeachment) that can have any real effect on how he acts.

That's why Senate Minority Leader Chuck Schumer is looking for ways to "work with" the President-elect, strategies that can minimize the impact of having both a Republican Congress and a Republican President in charge of the nation. It's sad that policy has to be made in this way--playing to the twisted psyche of a spoiled despot--but it's where we are.

To extend my initial analogy: this is a concert we can't cancel or postpone. It's going to be dominated by that one problem child who really wants to play the drum as loudly as he can. He's not very good at the drums; in fact, he's probably just going to bang randomly in ways that make it impossible for anyone else to do anything. We'd rather give the part to someone with actual talent, someone who's practiced and knows the part well, but the problem child won't let us. If we even try to do it, he'll throw such a tantrum that there can't be any concert until he's appeased. In a sane world, his parents would step up and coax him out of the room, calm him down, and only bring him back when he's thinking rationally. But that's not a choice we have: his parents are long gone, this school is all he's got, so we're stuck with him. The best we can hope to do is channel his enthusiasm for the drum into something at least coherent, and hope to minimize the damage to the overall result.

It won't be a great concert. But given the presence of this child in the class, it's the best concert we can hope to present.

And now the icing on this crap cake: as elementary music teachers, we get to have these same little darling for as long as he's at this school, which looks to be at least four years.