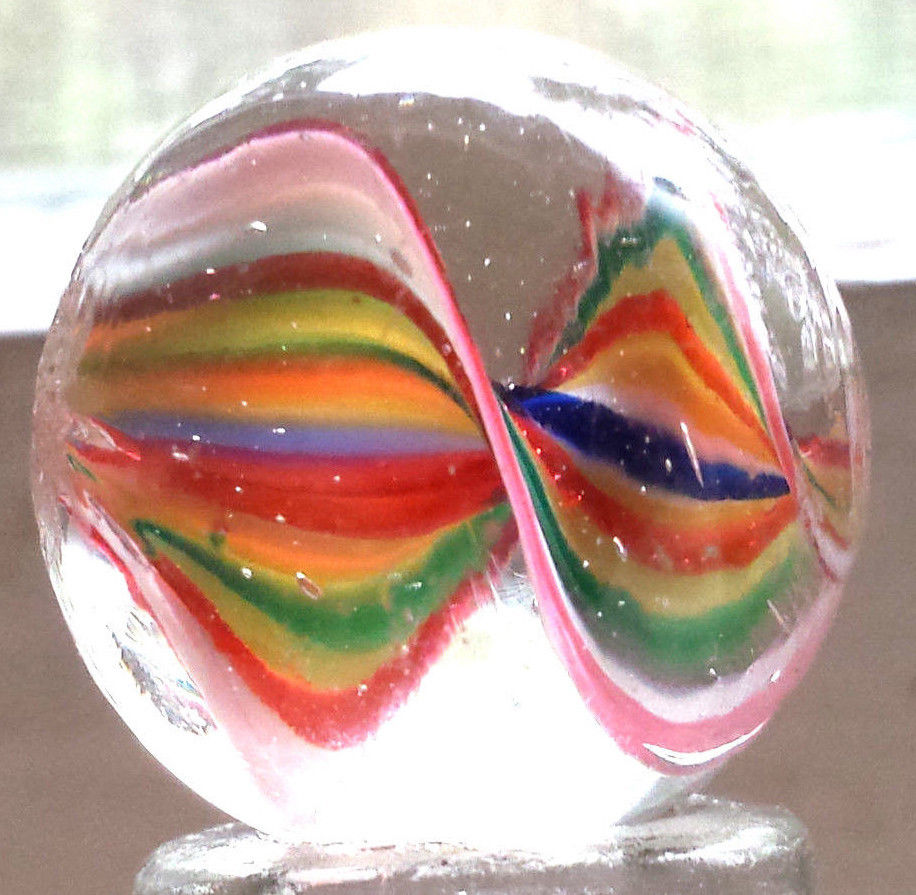 It was just a marble: a small sphere of glass with a ribbon of color in its center. ToysRUs will sell you 160 of them for $4.99. I had bags of them when I was a kid.

And when Abel put it in my hand, it felt like the Nobel Prize.

I first met Abel as a feral kindergartner. Kinders are developmentally puppy-like: inquisitive, cuddly, playful, unhousebroken. For no reason at all, they will pile on top of each other. They will also hug anything: each other, a teacher's leg, a post. Abel had all these qualities, plus two more: he had the body and face of an anime version of a Mexican child, round eyes, round face, a shock of black hair, a teddy bear physique; and he spoke no English. I assume that was the case, because in the five months I taught at Margaret Scott that year, I never heard him say a word. He also seemed not to understand anything I said to him--or perhaps he chose not to. He'd run across the gym on a whim, forcing me to stop the music lesson entirely and try to corral him before half a dozen of his classmates joined in. After school, when I did bus duty with his class, he always wanted me to hold his hand as I took him to his bus.

In first grade, Abel became one of the better-behaved children, working hard to earn my approval. But he was still almost entirely silent: when he was concerned about another child's behavior, his tattline involved taking me by the hand and pointing at the culprit.

Abel's coming to the end of second grade now, and he does occasionally speak to me. His English still leaves much to be desired, but somehow he always manages to get his point across. During the morning duty I have this year, I've seen that Abel is well-liked by his classmates, that he is usually behaving appropriately while he waits for his classroom teacher, but that occasionally he feels his oats and joins in the rough-housing common to 8-year-old boys. He's not usually one to tattle, though when he does, it's in short sentences, using as much English as he can muster.

Ten days ago, Abel gave me a marble.

He walked up to me during morning duty, and I assumed he was going to express concern about a classmate taking cuts in line or having some contraband in his backpack. Instead, he held out his hand, said "Here!" and gave me a marble. Then he told me he wouldn't be coming back in the fall. He didn't articulate why very well. It could be his family is returning to Mexico--or maybe just moving to a different neighborhood. I told him I would miss him, and he smiled sadly.

But then, I'll be missing all these children.

I have a lot of favorites at this school. Yes, I know I'm not supposed to, but any teacher who claims not to have favorites is lying. Some of my favorites are children who are especially enthusiastic about music; Desale, who I wrote about a few weeks ago, was one of those. Some of them are just nice kids, always listening attentively, quick to remind their neighbors (with appropriately silent gestures) that it's time to stop talking and attend to the lesson, eager to help clean up at the end. Some are effervescent child stars, so charming that every adult in the school knows them by name, and has stories to tell about their precocity.

But there's only one Abel.

He's gotten taller lately, lost some of his baby fat, so that he no longer looks like he jumped out of the pages of a manga. Don't get me wrong, he's still adorable. If he was a puppy being given away outside a supermarket, he'd be the first of the litter to be adopted. And as I said, he's started to pick up some of the traits I associate with boys his age. And as I also said, he is speaking now, if haltingly.

For all that growth, he's still the same serious little boy who used to take me hand as I walked him to the bus, whose focus on the music we were making was so acute that he didn't need a translator as I taught.

Since he told me he wouldn't be coming back, I didn't feel the need to tell him I won't be, either. I'll be in a far better situation next year, a suburban school on the west side that's got a dedicated music room, and is filled with well-behaved middle class children. I know I'm going to love this new job.

And I haven't loved the job I'm leaving. There's so much that's been wrong with it: the spaces I've had to teach in, the equipment I can't use because of those spaces, the erratic schedule I'm on, the spotty behavior management, the high percentage of high flyers hijacking my lessons.

But for all that, I've had more favorites at this school than anywhere else I've taught. Part of it is the diversity: where else can one see children from India, Eritrea, Samoa, Mexico, and Russia playing together as if they're all cut from the same stock? I love it that my white face puts me in the minority in this building, and that, for the most part, the children seem oblivious to their ethnic differences.

Another part is the poverty. Children like Abel know how precious school is. It provides them with the stability, the nurture, the enrichment they can't get at home. The enthusiasm they express when I enter their classroom with my box of musical treats is sincere and profound. They love singing, dancing, playing musical games, and it takes very little coaxing to get them on a roll. Of course, some of them become over-engaged and have to have the brakes applied--see that comment above about high flyers--but I can't fault them for that.

So while, in many ways, it's been the most frustrating job I've ever had, it's also been the most rewarding. I won't miss the hassles, but I will miss the children. Badly.

And lest I forget how precious these children are, how important they've been to me, how much I owe them for teaching me that music can make a real difference in the life of a child, I'll keep Abel's marble in my desk; and every once in awhile, as I'm rummaging through the drawer in search of a post-it, a pen, or a hearing aid battery, I'll see it, smile sadly, and then get back to teaching music to my next crop of favorites.
diversity music education poverty
Location: Portland, OR 97229, USA