Total Eclipse of the Voice 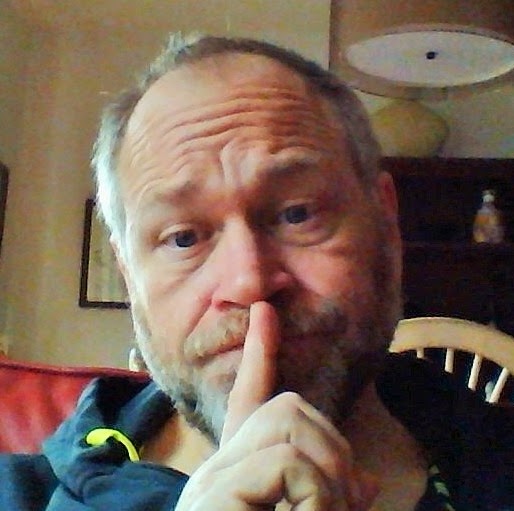 I felt the first warning signs at 10:45 yesterday morning: a slight gumminess in my throat, a huskiness in my voice. By 1:30, I was practically inaudible. And I still had to teach a kindergarten class.

I catch a lot of colds. It's one of the less glamorous parts of my profession: teaching music to 500 children, most of whom are infrequent hand washers, I'm exposed to every virus that enters the school. Once I feel one coming on, I can usually tough it out for a day or two, sometimes even a week, but inevitably, just as I think I'm past the worst of it, it moves down into my throat. My cough worsens, deepens, becomes more frequent, and simultaneously, my voice starts to fade. It usually takes longer than yesterday to completely vanish, but then, this cold has been moving more quickly than most through my system. If I'm lucky, my voice will be back before the end of the week, and I'll be back in my classroom wrapping up my hip hop unit.

I teach with my voice. I don't lecture much--apart from the children's short attention spans, I just don't think that's an effective way to teach--but I do need to give them marching orders, transitioning groups from one set of instruments to another, reminding them to let the drums vamp for a few measures before the bass line kicks in, then counting in the rappers. More importantly, I teach songs and melodies by singing them, often in falsetto so the kids can match pitch. When I've got laryngitis, none of that is possible. Even if I was using amplification, it would be hard to understand what I'm saying, and singing would be completely out of the question. And forget about getting a flock of feral kindergartners to sit still for a moment while I explain the rules of the game we're going to play.

So at the end of the school day, when I'd ushered those kinders out the door after struggling to mutely tell their classroom teacher how the high flyers had behaved, I sat down at my computer and requested a sub for today, then organized the room around the likelihood that whoever I got to take my place would prefer to show videos over my other option, a drum circle. Given how my voice is feeling this morning, chances are good I'll do the same for tomorrow. Which really sucks, because I was just reaching the climax of the hip hop unit, where all the elements come together, and I'd promised some fourth graders we'd go back to playing recorders after spring break.

It's possible, by the way, to run an elementary music class without saying or singing a word, and I've done it a few times, communicating everything through mime and demonstration, patting and clapping rhythms, showing movements, counting off with just my fingers. There are Orff teachers who are masters of this technique, and when I'm at my best, I think I manage some semblance of what they do. I did a day like that last year, and some of it went amazingly well. Unfortunately, the classes that didn't go well were disastrous, and I called in sick the next day. I know my students. With spring break coming, they're not in a place to give me the kind of focus necessary for that kind of teaching. So instead, I'm on my couch, resting my voice, writing this.

For an introvert, someone who's frequently pegged with being quiet, I've chosen professions that call on me to have a big voice. Whether preaching or teaching, I have to project to the far corners of whatever room I'm working; and I have to make my voice do things that are foreign to most other speaking professionals. When I'm not wearing either my preaching or teaching hat, I can go for long stretches of time without saying much. One would think that would make a bout of laryngitis something I could just brush off. One would be wrong.

Let's start with the person I share my life with: conversation is one of the things that drew me to Amy in the first place. We had a verbal connection that delighted me from our first contact on the phone. When I've got laryngitis, though, I box myself up, trying to say as little as possible. It's not just that it's hard to understand what I'm saying in my hoarse stage whisper: it actually hurts, especially when I have to repeat myself, struggling to add some volume.

There's another piece to this. On New Year's Day, 1995, my father suffered a stroke that paralyzed one side of his throat. Through physical therapy, he learned how to speak in much the way that a lung cancer patient who's lost vocal chords does, by burping out air rather than breathing it. It took him a lot of effort, and the result was often hard to listen to. A man who'd spent his life preaching and singing now sounded like he had perpetual laryngitis. He worked hard to be heard, and succeeded for the most part, but the effort was audible in everything he said. He even managed to preach an occasional sermon, and to sing along with favorite hymns, though his days of soloing were ended. On the video of our family's traditional rendition of "The Twelve Days of Christmas," taken the day before he died, he can be seen singing some of the words, though you can't hear his voice in the mix.

When I have laryngitis, I sound like Dad. There's no getting around this: all those years of empathically resonating with the frustration he must have felt with his hoarse voice figure into my own efforts to be heard and understood. Whether it's directing a kindergartner to the time out chair, telling my wife what kind of soup I'd like for dinner, or trying to explain how to run my classroom sound system over the phone to my sub, I can't help feeling like Dad. Even though I've been going through this every time I have a cold for my entire life, this poignancy has hit me more and more in the last twenty years as my hair has grayed and thinned and wrinkles have creased my brow, and as my father became frailer and more infirm. When I hoarsely repeat myself for the third time, doing all I can not to let frustration enter into what's left of my voice, I cannot help but feel Dad's struggle, and as it wells up, I grieve a little.

So here I am, sitting by myself at home, no bright little faces around me to cheer me up. I'm going to make the most of this unplanned day off, planting some ground cover in front of our house, cleaning the garage, and, of course, posting this essay. I may entertain myself with some of Sergio Leone's "Man With No Name" trilogy, streaming on HBO. Whatever I do, my primary task will be convalescing my voice, in the hope that it will return to me before the week is over, so I can stop feeling so much like Dad, and more like myself: a man with a voice.
elementary music grief laryngitis preaching
Location: Portland, OR 97229, USA