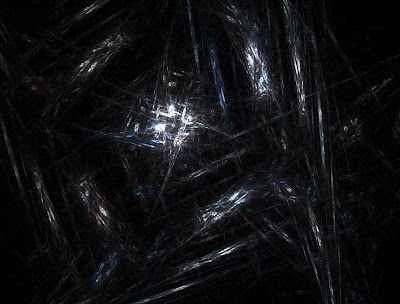 If you lived in Portland in the early 2000s, you may have seen a bumper sticker with the legend "Bring Major League Baseball to Portland," and this logo: The umbrella plays off Portland's reputation for rainfall, but does it in a distinctly un-Portland way. While our city does have plenty of rainy days, the precipitation is rarely of the drenching variety, and realizing that, Portlanders tend not to carry umbrellas. Yes, we'll wear water-resistant jackets (we also eschew true raincoats), but no bumbershoots for us, thank you very much. Carrying an umbrella on a typically misty Portland day almost guarantees  one to be an out-of-towner, in fact.

We're so inured to rain that it comes as a surprise how unprepared we are to drive in it. The first rainy day after a dry spell sees far more accidents on the highway than rainfolk should be having. Add a cold snap, and things become nightmarish; which is why freezing rain shuts this city down.

I was supposed to be at school for conferences yesterday, but given the way the rain sounded through the night (like tiny pieces of glass falling on pavement), I was hardly surprised when my phone chimed at 5 a.m. with the district closure message. Reynolds School District is on the east side of the Portland metro area, out of the shelter of the west hills and at the mouth of the windy Columbia River Gorge, which means it always gets the worst of whatever weather we're having. I understand Portland Public Schools didn't make its closure decision until much later, leaving many parents in the lurch. While running on a treadmill at the gym, I also saw on local news (which becomes absolutely fixated on any disruptive weather pattern we may be experiencing) that the conditions downtown were actually quite mild, hardly seeming to merit a citywide shutdown, and I certainly didn't experience any difficulties driving last night. I was fully prepared to be at school by 7 this morning, and was finishing my breakfast at 5:30 when the two-hour delay message hit my phone.

In fact, there's probably not much ice on the road even now, as I write this at 8 a.m. But "better safe than sorry" is a creed many Willamette Valley schools follow when it comes to winter weather. It's understandable that snow should shut things down--we get so little of it that our city governments just don't have enough plows, and with rarely more than a single snowfall in any given winter, most of us prefer chains to the much more costly snow tires--but if one is cautious, ice should not be such a problem. Particularly in Reynolds, a compact district of neighborhood schools, where most parents will only have to drive a few blocks to get to conferences, it's odd that we should be so cautious.

Of course, that doesn't take into account one other very important factor: most teachers and administrators live out of district.

I have a 35-minute commute from the west side. I know I'm far from typical--most teachers in my building live considerably closer--but I also know there are teachers, and even our principal, who are unwilling to venture from their higher elevation homes when there is snow or ice in their way. This is a sign of the economic disparity between Reynolds staff and students. If it were just up to the families we serve, I doubt that any of them would have missed conferences due to the weather. Most could probably walk. But knowing what I would have to face on my way in, I was relieved when the cancellation came through, and again relieved this morning that I could wait until the sun was up before getting on the road.

Not that I'm a careless driver in wet or icy conditions. Far from it. It's the others on the road that make me nervous. I expect that, more than anything else, is what drives the decisions on school closures: can most of our staff get safely to school today? Given the extent to which this city was shut down yesterday, I think they made the right call.

And now, just minutes from heading out the door, I've had another message from Reynolds: the district is closed for the day. Meanwhile, looking out the window to the patio, I can see all last night's ice melting as the sun hits it. Even so, I knew I had a treacherous drive ahead of me, especially on Sylvan Hill, where the the west hills and the trees on either side of the highway keep the highway in shadow for most of the morning. And in all honesty, being at school on a conference day just doesn't make much sense for a music teacher. We rarely see parents, who come to talk with their children's classroom teachers, then leave as soon as they're done conferencing. I would have put myself at risk just to sit at my desk for several hours, broken only by a trip to the staff room for the meal our principal provides.

But that's all moot now, because even though my neighborhood is thawing out, it's icy enough on the east side to call it. So let the wild thaw rumpus begin!
ice Portland snow
Location: Portland, OR 97229, USA