Another area of fuzzy thinking out there is the movement called Intelligent Design. It asserts that somethings are too marvelous or too intricate to explain. The contention is that these things defy common scientific accounts for cause and effect, and so they’re ascribed to an intelligent, purposeful designer...So let’s start a movement called Stupid Design, and we’ll see where that takes us. For example, what’s going on with your appendix? It’s much better at killing you than it is at anything else. That’s definitely a stupid design. What about your pinky toenail? You can barely put nail polish on it; there’s no real estate there. how about bad breath, or the fact that you breathe and drink through the same hole in your body, causing some fraction of us to choke to death every year? And here’s my last one. Ready? Down there between our legs, it’s like an entertainment complex system in the middle of a sewage system. Who designed that?— Neil DeGrasse Tyson

The East Coast is just emerging from Polar Vortex weather that drove temperatures lower than many people have ever experienced them. As has happened with every cold snap for the last decade, climate change nay-sayers burst out of the woodwork like worms crossing the sidewalk after a rainstorm: "Look! Snow! I knew global warming was a lie!" This seasonal stupidity triggered the standard response from science bloggers: "Yes, that's called winter. Meanwhile Australia is having its hottest summer ever. Look at the trend in temperatures, and you'll see it's upward."

I went running this morning at 7 a.m. (It's Saturday, so I got to sleep in a couple of hours), and experienced gusts of warm air that tempted me to remove my vest. The climate change haters have conveniently ignored not just Australia, but the Pacific Northwest, where trees are already budding, birds have never left, and it feels like our actual winter lasted for a week in early December. I can't necessarily peg this to climate change--winters here have, in my 38 years of calling Oregon home, always been mild, with the occasional freeze being the exception rather than the rule. I'm used to spring being solidly in place by February. It does feel to me, though, that there has been a definite creep to the onset of the thaw, and I can't recall ever feeling it this early.

But that's all anecdotal--and that's the point of this blog post. My individual experience of shrinking winters going back to the 1970s may personally confirm the preponderance of opinion flowing my may from the scientific community, but it does not constitute any kind of hard science on my part. I haven't kept records, haven't compared them with older records, haven't offered my conclusions to others for peer review. I just know that when I hear or read a story about what's happening to global temperatures, I find myself nodding, as it confirms my own impression. If it did not, I'd shrug my shoulders and say something like, "Not in my experience, but it's not like I've done any kind of research to confirm that my experience is applicable to this finding." (It should be noted that I do, from time to time, make anecdotal arguments, especially when evangelized by a fad diet believer on her most recent scientific reason for not eating grain [You're blaming it for Alzheimer's now? Explain to me why my diabetic mother has all her faculties!], but that's a subject for another post.)

As I ran this morning, I listened to one of my favorite NPR programs, On the Media. The lead story was about climate change deniers and their annual roll-out of the claim that winter weather trumps science. The entire program was devoted to this theme, including a discussion of the fact that evolution denial is up 10% among Republicans. This was attributed to the elephant party focusing more comprehensively on a particular demographic: conservative evangelicals, people who are far more likely to look at the Bible as a collection of facts than a record of beliefs. At some point, the discussion moved on to "Intelligent Design," the spin that Creationists have put on their argument to make it more palatable to policy-makers and the general public. There's room in the Intelligent Design camp for religious evolutionists; after all, who's to say God hasn't been using evolution as the tool for gradually creating our wonderful world?

I have a lot of sympathy for this last idea, though I certainly don't want it appearing in public school textbooks. I've visited some of the most beautiful structures ever to be built by human beings, have been immersed in music, art, and literature that moved me to tears, but never have I encountered anything as beautiful as this: 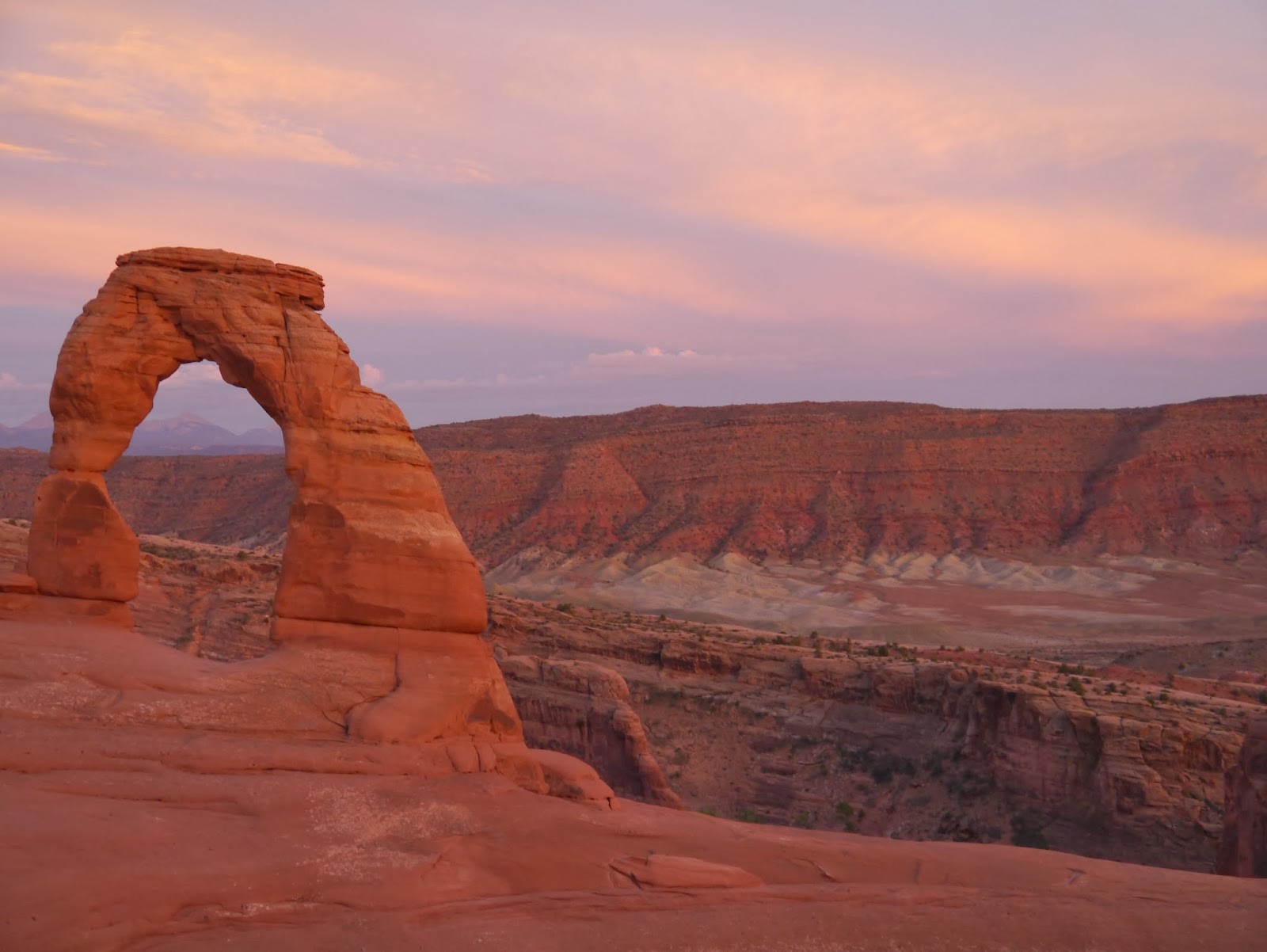 For those of you not acquainted with my passion for Utahan national parks, this is the Delicate Arch, a natural monolith millions of years in the making. Visiting Utah, as I have done as often as I can since my first big trip in 1995, I have seen the geological history of this continent laid out before me in rock formations that put to shame anything humans have ever cobbled together from marble, concrete, steel, and glass. It's tempting to imagine an infinitely patient sculptor at work in these sandstone masterpieces; and honestly, I can't say that there is not, in fact, some kind of divine purpose behind them. Unlike Neil DeGrasse Tyson, I lack the certainty of conviction that the less-than-intelligently-designed features of my world (breathing through a tube that is frequently clogged with mucous, for instance) are proof to the contrary.

What I will say is that this world is filled with truth and beauty; that interacting with both children and adults suggests to me anecdotally that, whether or not there is a Creator, we are somehow engineered for altruism; that appreciating both nature and science (and right now, I cannot begin to express how wonderful it is to have had my eyes resculpted by lasers) need not mean ruling out a spiritual purpose for everything; that we can no more prove the absence of God than we can prove God's existence; that all any of us can say for certainty is what each of us has experienced in this life, this world, this universe; and that all of this together moves me to one single response:

Thank you. Whatever you are, whoever you are, even if you aren't: Thank you.
climate change evolution global warming intelligent design Neil DeGrasse Tyson polar vortex stupid design Utah
Location: Portland, OR 97229, USA