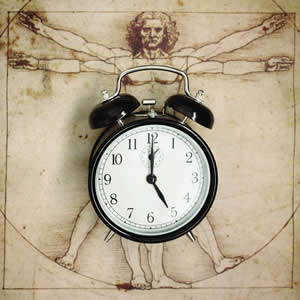 I'm not a sleep fan. Life seems far too short to spend such a large amount of it unconscious. I have so much to see, do, taste, touch, feel, and I don't accomplish any of that while I'm asleep. My body seems to understand this, and rarely permits me more than six hours of uninterrupted sleep. In fact, even when I get six hours of sleep in a night, it's usually with interruptions: I'm such a light sleeper that the gentle "ping" sound my phone makes when it gets an email is enough to jolt me awake, which then triggers my middle-aged need to visit the bathroom and, on the way back, have a sip of water.

This might seem ideal for a person who, as I said, wants to accomplish so much. And certainly there were times during the summer when I relished the opportunity to rise in the pre-dawn hours, take a run, have breakfast, and write a blog post before anyone else in the house was up. I haven't been a summer slug-a-bed since college. Don't miss it.

Here's the flip side, though: my body seems to need more sleep than it's getting, and if I don't get it during the night (which I never do), as energetic as my morning may be, I'm likely to need an afternoon nap to recharge. I may even have to take one as I'm writing this on a Sunday afternoon, though I did manage a rare seven hours of sleep last night. If my written thoughts seem to lose focus, come to an awkward halt, then pick up roughly where I left off, but apparently head in a different direction, it's because I had to set the laptop aside and close my eyes for a few minutes, breaking of stream of consciousness with some vivid unconscious work.

What's motivating this circadian reflection is my new job. I'm supposed to be at Margaret Scott School by 7 a.m., five days a week. To get on the highway by 6:30, and thus avoid the early rush, I have to be up by 5 a.m. Working back from that, if I'm not asleep by 11, I'm in the sub-six hour range, and I can expect my midafternoon drowsiness to kick in as I'm driving home from school. Not pleasant.

The obvious solution to this is that I should get to bed earlier. And I'm trying. But it's hard. I've never been an early sleeper. Any residual light is an issue, though now that fall is imminent that won't be a problem until late spring. Movement around the house by others can also make it difficult for me to get to sleep. Residual fatigue from the previous night's inadequate slumber can sometimes overcome this--it did last night--but not always. I sleep light.

Whoops. Just took a fifteen second power nap. Hope it works! Now where was I...?

For most of my relationship with Amy, I've been either unemployed or under-employed, and the work I've had has had an 8 a.m. start. If I was out the door by 7:35, I could make that without a problem. Most mornings, even when I've been working, I've been able to have breakfast with her before I leave, especially when the kids are here and need to have their lunches made. But Alex is gone now, and Sarah's school starts late enough that there's no need for Amy to be up before 7, and even if she was, it'd have to be well before 7 to see me at all. So I haven't been seeing her on school days until I get home. Oh, I slip in to kiss her sleeping forehead before I hit the road, but it's usually late afternoon before we can exchange any words face to face.

And I just remembered where I was headed with that short tangent: for most of the four years we've been together, I've kept late hours, rarely past midnight, but late just the same. I could do that and still be up at 6, especially when I was only working every other day. Our evening lives have, to a large extent, revolved around Comedy Sportz which, with shows ending at 10 (10:30 if we stay around for the after hours show) and workshops ending at 9:30, had us getting home late several times a week. No one wants to go straight to bed after a show, so we'd do something to wind down first, and before we knew it, it'd be midnight. And then there were the nights when someone said, "Hey, let's go out!" and before we knew it, we were getting back to the house at 1 a.m.

Those days are over for me, at least for the foreseeable future. Working every other day, I had enough energy to blast through those early wake-up times even after staying up past midnight. Not so now that I'm devoting nine to ten hours a day (counting the commute), five days a week, to teaching. My schedule at school isn't particularly heavy--six or seven half hour classes, a couple of light duties--and I love every minute of it, but it does drain me. I am, after all, an introvert, and as much as I love being in the performance space of a music class, as soon as I'm out of it, I need a solid chunk of time to recharge my social batteries. So I'm going to bed between 10 and 11 these nights, and hoping my phone doesn't chirp receipt of a spam message between then and 5 a.m., when I've set it to gently wake me with Miles Davis's "All Blues." (You should try it sometime. It's a very cool, soothing way to wake up.)

I can't cheat on weekends, either. Saturday morning I was awake at 5. I tried going back to sleep for over an hour, finally gave up and went running at 6:20. This morning was better: while my body clock did try to wake me at 5, I was able to get back to sleep for awhile, until that email alert popped me awake at 6:30.

For the most part, I enjoy the quiet early morning hours of the weekend, when I'm not hurrying to pack my lunch, have my breakfast, and get out the door by 6:15. I especially like it if I can still be here, on the couch, tapping out a blog post when I finally here stirring upstairs, and Amy comes down to pour herself a coffee and see me in my favorite part of the day.

Because if I have to choose, I'll take early mornings over late nights, every time. The darkling dawn is like a wrapped present, a box of surprises waiting to unfold, and the day ahead is a series of possibilities. I'll sip my coffee, read some news off my phone, think about what lies ahead: the lessons I'll teach, the exercise I'll take, the ways in which I'll make the most of the time I have with my loved ones. Some of what comes after will disappoint and infuriate; some will delight me by surpassing my highest hopes. Whatever comes, this early bird is up and ready for it.

So let me amend that opening statement: I commend you, body clock, for maximizing my productive time. Keep it up.

Now, if you'll excuse me, I feel a cat nap coming on.