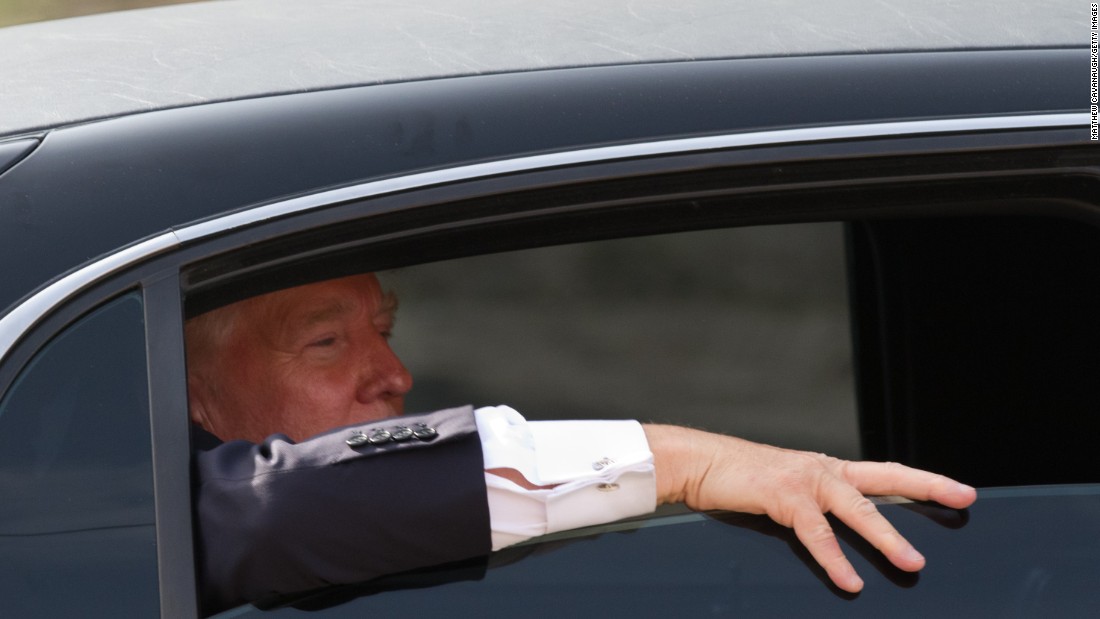 Why doesn't he care?

From the moment he began campaigning for President, Donald Trump's polls have been abysmal. As a people, Americans really don't care for his lying, bragging, pandering, insulting, bald-faced demagoguery. A significant majority of us see through find the man offensive, and believe he's dragging the nation down to ruin. Since taking office, his approval numbers have declined to a point where no President in the last 70 years has been so disliked so soon after winning election.

American politicians live by the poll or die by the poll. Senators, Congresspersons, Governors, state legislators, mayors, city councillors, school board members--whatever power any of them has is utterly dependent on being popular enough to win the next election. In many cases, they can count on their base--the rabidly partisan contingent who would vote for a yellow dog rather than a candidate from the other party--to put them over the top. This is especially true of the House of Representatives, its Republican majority firmly established thanks to sophisticated gerrymandering, but it also applies to politicians from dependably red or blue states. Even so, these politicians have to acknowledge the existence in their constituencies of minority voices, as well as the possibility of offending the sensibilities of the base in a personal, rather than political, way. A governor admitting to abusing his office to commit adultery, a representative selling political favors, a mayor caught purchasing drugs--even reliable base voters will turn against such behaviors.

That's why politicians listen to polls. They don't always follow them--Mitch McConnell's stubborn insistence on getting his health care bill to a vote is a case in point--but their decisions are constantly informed by them. Even the most gerrymandered of representatives must still pay lip service to serving all of the residents of the district, while at the same time working to convince those minority constituents to come over to the right side of the issues. This constant dance of following the majority and coaxing the minority has been going on since the invention of democracy.

Here's a politician whose every move is a rebuke to the art of politics. It's not that he doesn't play the game: if anything, he wholeheartedly embraces its most disreputable strategies, lying, cheating, pandering, swindling, treating the White House like a country club for the wealthily clueless. The amazing thing about Trump is that he just doesn't care, at all, about the huge numbers of voters who disapprove of his actions and policies, or of how those policies will affect the minority who still approve.

Consider health care: the Affordable Care Act, for all its flaws, managed to eke out of America's byzantine health system coverage for tens of millions of Americans who had previously been unable to see a doctor for any reason. It was a huge step toward providing citizens of the world's most advanced democracy with a benefit enjoyed universally across much of the rest of the developed world. It was also, thanks in large part to red district politicians, incredibly unpopular to the Republican base, making it impossible for any GOP candidate for the Presidency to win election without in some way promising to repeal it. Trump jumped on that bandwagon, emptily promising that he would, as President, create a system of market-based affordable universal coverage. Once in office, he distanced himself from the actual work of crafting such a system, leaving it to Congress to come up with legislation that would, instead, eject tens of millions from the coverage they had come to expect, while significantly increasing costs for those who remained covered. The tens of millions of middle- and lower-income red state Americans who made up most of Trump's base would be hit the hardest by these changes. Even allowing for the cynical postponement of the Medicaid reductions until after 2020, leaving them for some future Congress to overturn, it's hard to believe there won't be some in Trumpland who walk away from him in disgust at such a blatantly broken promise.

Or consider Trump's promise of "draining the swamp." There is no question that Washington, DC, can at times feel fetid with corruption, as disgraced, retiring, or simply losing politicians quickly transition to lobbying their former colleagues in behalf of industries and foreign powers. Rather than lance this wound by tightening ethics rules, Trump larded up his Cabinet with tycoons of the very industries it is supposed to regulate. That's not draining the swamp; it's diverting effluent into it. Over time, Trump's base can't help noticing that the White House has turned into a McMansion.

And of course, apart from his base, he's lost any independent voters who were ever on his side.

So how can he not care? How can he disregard with impunity the opinions of the vast majority of Americans?

One might think he's simply resigned himself to being a one-term (if that) President; and yet, his reelection campaign was organized within weeks of the beginning of his regime, and he's already holding rallies in support of that campaign.

Well then, how about the frequent suggestion of both commentators and comedians that there's something wrong with him, that he's suffering from some form of dementia? That could, I suppose, explain the early-morning tweet storms, where he blasts out insults and lies that would be the end of any other politician's career; and yet, these digital expectorations seem somehow to rally what remains of his base. They may ultimately be part of his undoing (you can be sure special investigator Mueller is parsing every word), but he seems to know what he's doing.

And that's the scary part of what I suspect is the real reason Trump doesn't care: since announcing his bid for the White House, Trump has found, again and again, that he can act in ways no other politician would and not suffer any consequences. If anything, the very fact that he is not vetting his words and deeds with advisors, not thinking before he speaks or tweets, not consulting with even the few members of his regime who are respected statesmen, seems to evoke a "Hell, yeah!" reaction from Trumpland. The most die-hard parts of his base seem willing to go along with him no matter how badly his actions impact them: just so long as he continues to be the bad boy in Washington, thumbing his nose at the smarter, wiser, more experienced people who understand how complicated things are, and how subtle governance needs to be to keep the whole thing from collapsing under its own weight, they are on board with him. That may even be true of some of those who, in the polls, disapprove of his actions: in the world of pro wrestling, fans of which significantly overlap Trump supporters in the Venn diagram of America, the villains are often the most popular characters in the ring.

What makes this not just scary, but downright terrifying, is what I suspect is the underlying reason Trump cares so little for polls. In his contempt for the judicial system, his frustration with the complexities of making policy, his rejection of informed and experienced advice, his impatience with the fine details of governing, and his eager embrace of Middle Eastern emirs and Eastern European autocrats, his war against the media, Trump has spoken, written, and acted not as an elected President, but as one who seized power. No, I don't think he's a political genius, conspiratorially playing multi-dimensional chess with the electoral college: he shows no aptitude at all for working with Congress, and his blustering presence on Twitter, not to mention his nepotistic appointment of his inept sons and son-in-law to positions of power, could well bring down the entire administration in a matter of months. The horrifying question is this: if he is indicted for obstruction of justice, if Congress moves to impeach him, will he treat such matters with as little regard as the polling results he ignores and discounts? Will he care that Congress is Constitutionally removing him from office? Or will he call on his rabid base to rise up?

It needn't come from Congress, either: if he's still in office November 3, 2020, and, as should happen unless his voter suppression efforts are successful, he loses decisively, will he accept the result? Last fall, he suggested he might reject any election that did not go in his favor, and with his fantasy of millions of illegal votes giving the popular majority to Hillary Clinton (even though he won the electoral college), he has in fact rejected the results of that vote. What if he loses the electoral college as well as the popular vote, and yet still spins out his tales of voter fraud and, once again, calls for an uprising by his heavily-armed, Second Amendment loving base?

I'm afraid that may be the best answer to the question of why Donald Trump doesn't care what we think: because he doesn't have to. If we'd had a fair election in November, Hillary Clinton's substantial majority would have made her President. But it wasn't a fair election: Russian hackers had joined forces with Trumpian innuendo to convince just enough voters that the two-faced bastard was somehow less of a lying manipulator than she was, granting him the electoral college majority to hand the White House, again, to a Republican without a popular majority behind him. Since he didn't need a true majority to win that time, why should he need one for next time?

There's a word for a corrupted process that puts an autocratic leader who does not represent a majority of the electorate into the highest office in the land. That word is not election. It's coup.
Labels: autocracy coup Donald Trump politics polls Trump Regime
Location: Portland, OR 97229, USA