Because It's Long Past Time 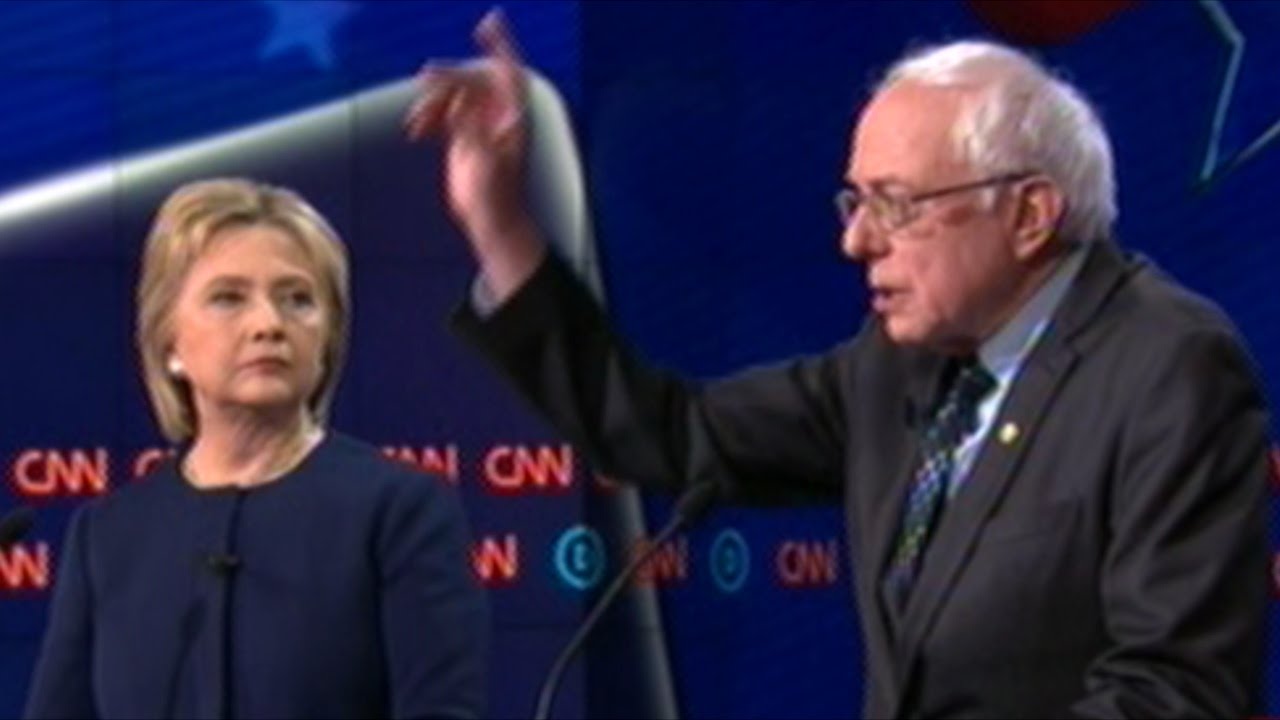 Sure, he wags his finger at everybody. It's the "shushing" that makes it offensive.

I admire your tenacity, your devotion, your ideological purity, your passion for transforming this gumbo of a nation into something far more just, compassionate, generous, and responsible. I would love nothing more than to wake up tomorrow and find myself living in the America of Bernie Sanders's rhetoric.

With that said, some of you folks need to take a chill pill.

I primarily encounter your ideas on Facebook, where some of you share prolifically about your favorite Presidential candidate. On any given day, I'll see conspiracy theories about media coverage (Why aren't Sanders rallies making headlines?), denunciations of the Democratic party's primary system (super-delegates will steal the nomination from Bernie!), schemes to get the Democratic convention to overturn the popular vote (let's use super-delegates to steal the nomination for Bernie!), desperate attempts to salvage the Sanders campaign as the primary season enters its home stretch (if 75% of Californians vote for Bernie, he can still win!), and inspirational quotes by and about their favorite Senator from Vermont. Most of them, I don't mind, though the hypocritical scheming about using super-delegates to overturn the popular vote is extremely troubling. I'm not even all that upset when they roll out critiques of Hillary Clinton's connections to Wall Street, or of her hawkish views on foreign policy.

I do have to draw the line, though, at misogyny.

I'm not going to rattle off a long list of horrible things Sanders supporters have said here, things that could just as easily have come from the mouth of Donald Trump. I don't believe that kind of vitriol is truly representative of the vast majority of them. This, on the other hand, really gets to me: Let's tackle the second half of the equation first: it's simply wrong. Americans have a chance every election cycle to choose candidates who are more or less influenced by corporate interests. They may not have another chance to vote for this candidate--he's not getting any younger, after all--but considering the energy Sanders has pumped into the next generation of voters, I expect we'll see more and more politicians breaking away from Wall Street. Four years from now, I think you'll be hard-pressed to find anyone on the Democratic side who's cozy with corporate executives. Meanwhile, much of Donald Trump's following comes from Republicans disenchanted with their own party's too-friendly relationship with Wall Street.

So that part of the meme is just silly, and can be easily dismissed. ("Voice of Reason," my eye.) The first part, though--and this is the one that I'm afraid is starting to pick up some momentum--is much more troubling.

Of course we'll have more chances to elect a woman President. Hillary Clinton has blazed a trail for them to be able to run for office simply on their merits as politicians. And yet, so much of the flak she gets, both from Sanders and Trump supporters, is simply because she is a woman in a position of power, and that makes some men uncomfortable.

Hillary Clinton is highly qualified to be President. Yes, she's been an insider. She knows how Washington works. There was a time when it was understood that it took a person with Washington experience to get things done in Washington. That's how Lyndon Johnson was able to win a landslide in the Presidential election of 1964: as unlikeable a man as he was, he was brilliant at getting things done, and without that effectiveness the United States would not have any of the landmark civil rights and social safety net legislation that passed during his administration. With experience in the White House, on Capitol Hill, and in the State Department, Hillary Clinton could be as effective a President as Johnson. These skills stand out even more when contrasted with the modest legislative accomplishments of Bernie Sanders and the blustering ignorance of Donald Trump. In a reasonable America, that would be enough.

But it's not. Because this is not a reasonable country.

And that's why it's time Democrats began celebrating Hillary Clinton's gender, time we acknowledged that sure, we'll be able to elect another woman sometime in the future, but why wait when there's a perfectly good one right here in front of us?

Eight years ago, as it was becoming clear that Barack Obama would win the Democratic nomination, I had a conversation with my mother. She was disappointed that Hillary Clinton wouldn't be the nominee. Some of what she was feeling was that Obama was too young for the job. When I told her he was almost exactly my age (47 at the time), she countered with, "Do you feel mature enough to be President?" (And I must admit that, for all the policy reasons I haven't cared for any of the GOP candidates, the relative youth of both Rubio and Cruz was a big mark against them in my now 55-year-old state.) But that wasn't what she really had against Obama: she simply wanted a chance to vote for a woman.

I remember watching the celebrations Election Night, 2008, seeing the tears of joy in the eyes of so many African-Americans as finally, after 232 years of white leadership, this country finally had a President of color. They'd waited long enough--no, scratch that: they'd waited too long. When the only diversity the White House had experienced in all that time was a single Catholic President (who just happened to come from a patrician family that made him as close as this nation will ever get to royalty), yes, it was long past time that we had a President who looks like one of the 50% of Americans not with roots in Western Europe.

So we did that. We finally broke the lock of white men on the Oval Office. But now another eight years have passed.

American women received the right to vote in 1920. Generations of women have lived and died without having the opportunity to vote for one of their own. That may not seem like much to a 30-something Sanders partisan; but to a woman in her 80s, who's lived through decades of white men making policies that kept her from fully participating in the workplace, that blocked her from holding sexual harassers accountable, that shielded rapists from prosecution, that subsidized Viagra while denying coverage for birth control, that made exercising her Constitutionally-protected reproductive rights so difficult that they might as well not have existed, and who continue to downplay the systematic discrimination and abuse women experience in every walk of life--well, it's not just time they had a women they could vote for. It's long past time.

There's one more thing about this meme that bothers me: it's not just something some Sanders supporter put up. In fact, it actually sums up the attitude Bernie Sanders has repeatedly manifested during debates when his "shushing," finger-wagging, and "You'll get your turn" rejoinders to Hillary Clinton have raised red flags for me, a white male who's rarely been on the receiving end of such behavior. How much more inflammatory must they be to a woman who's had her concerns marginalized by men for most of her life?

As for me, it's decades past time we had a woman running things. That's how I voted on my Oregon mail-in ballot last week, and it's how I'll vote in November, in eager anticipation of another historic inauguration.
Bernie Sanders feminism Hillary Clinton misogyny sexism woman president
Location: Portland, OR 97229, USA