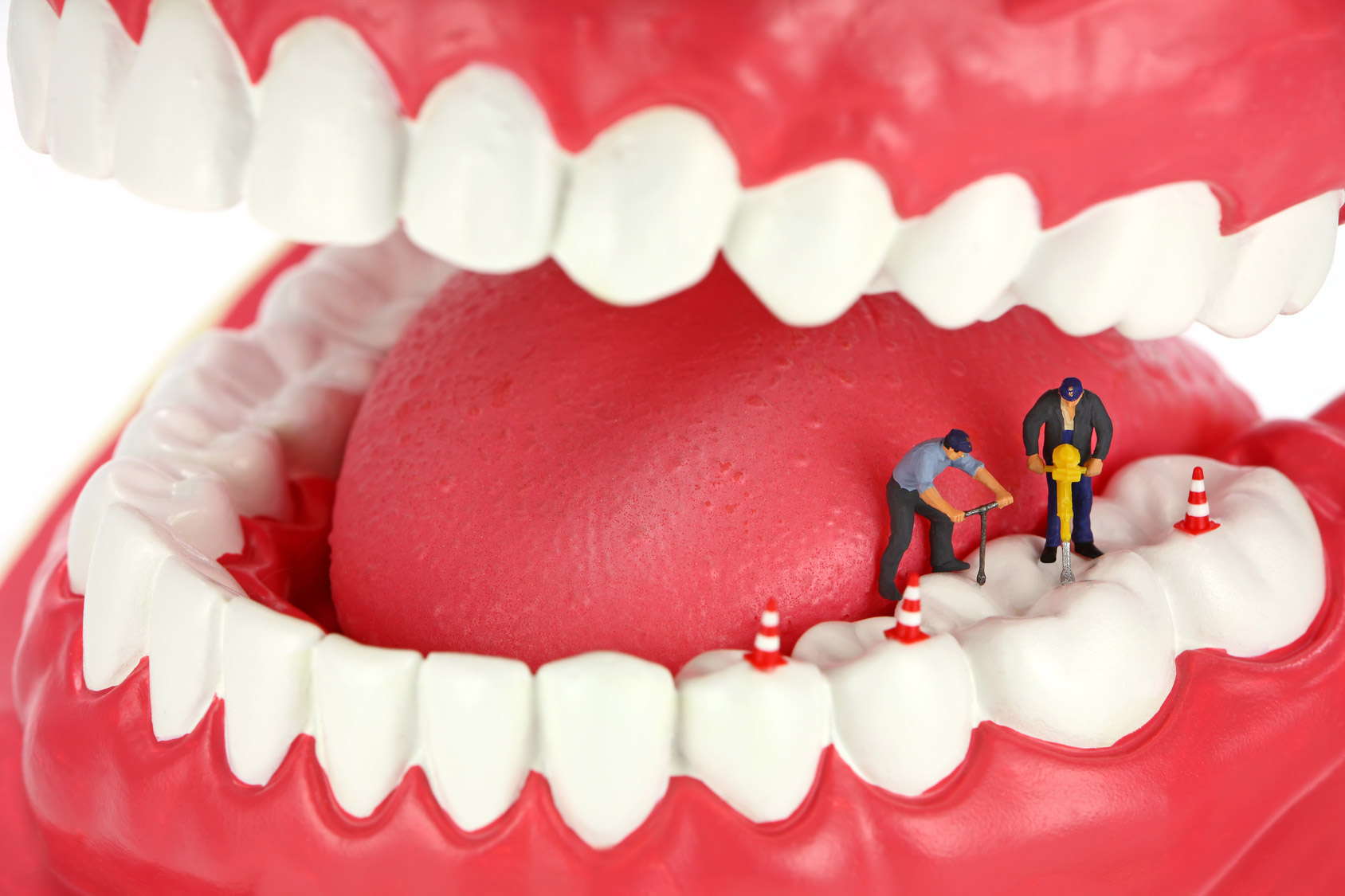 Lucky me: I got to have the same root canal twice in one week.

You may sense some irony in that statement, and you wouldn't be entirely wrong. Last Monday, I endured one of the most painful dental procedures I've ever been through, and that's really saying something. All four of my first molars and cuspids--one in each quadrant--have been crowned, and all but one of them root canaled multiple times. I noticed in October that there was a lump on the gum below my right cuspid. I tried to get an emergency appointment before flying to Atlantic City for the AOSA National Conference, but wasn't able, and had to wait until after that horrible election. Then I was supposed to get a phone call from an endodontist. I waited another two months before finally calling myself. That means I was living with an abscess for three months. It didn't hurt, but I was worried about what it might be doing to my jaw, not to mention my breath.

So last Monday, I got to have the canal on that tooth redone. It wasn't an overly painful procedure, but highly unpleasant: aggressive filing of the canal that seemed deeper than any I can remember, and it went on far longer than I'd expected. I went home numb, went to school the next day, and by lunchtime, knew I needed something stronger than the Ibuprofen I'd been taking. I took the rest of the day off, got a prescription for Vicodin, and took another full day so as not to drive while drugged up. The rest of the week was reasonably tolerable, but by the weekend, I was experiencing increasing pain in the afternoon, leading me to get an emergency refill on the Vicodin on Saturday. Yesterday, with the pain again reappearing in the afternoon, I went through an after-school cluster cuss trying to get one of my endodontist's assistants on the phone to tell me if this pain was normal, and finally concluded I just needed to walk into the clinic for a face-to-face. That turned into me being back in the chair, undergoing a repeat of last Monday's procedure, only this time, it took more of everything: more anaesthetic, more numbing, more filing, more packing of medicated cotton into the canal, and most of all, more pain. There was a point toward the end where what he was doing inside the tooth felt like a direct stab to a very awake nerve. He closed it up, apologized for the additional pain, and told me the one thing that would make it go away would be an extraction--which I'm not contemplating. Yet.

What I was thinking about during that trip down Pain Street, and all the way to the pharmacy to home where I was finally able to knock back some more Vicodin, was how lucky I am to be suffering these procedures. And now I'm not being ironic at all: I am incredibly fortunate to be a public school teacher with dental insurance.

It's true that my HMO (Kaiser Permanente) really dropped the ball. Part of what makes Kaiser so affordable is their high volume operation: so many patients, so many entities paying in, and so much work on efficiency, that going to Kaiser for anything often feels to me like being on National Health, back when I was living in England. It's a huge bureaucracy, but it's dedicated to keeping costs down, and it works well. As with any bureaucracy, some of its procedures are byzantine, and patients sometimes have to advocate for themselves to get the care they're owed. But by and large, it's worked far better for me than any "traditional" health insurance I've had in the past.

And here's the biggie: as frustrating as my long wait for enhanced interrogation procedures may have been, I'm deeply grateful to my union, my school district, and my state for providing me with health benefits that are the envy of every other working person I meet. It could be worse, so much worse. In fact, it has been, for me. During my years of ministry, I had a decent health benefit, but it didn't include dental insurance. When I left ministry and went on a much smaller fixed income, I could no longer afford the dental insurance I'd been purchasing for myself. I found an alternative that provided me with discounts at a single provider: a dentist in Beaverton who badly botched my first root canal. It had to be redone multiple times due to his ineptitude, and didn't really get fixed properly until, two years later, I was able to get an appointment at the Dental College, where a Navy dentist working to become an endodontist went in, found the roots the discount plan guys had missed, and sent me away relieved. All my subsequent root canals and crowns came courtesy of teacher insurance.

So I had a few years there of having to cover myself with a cheap and inadequate discounted program. But that still puts me in a better position than millions of other Americans. The soon-to-be-GOP-eviscerated Affordable Care Act mandated dental insurance for children, not adults. Some state-level Medicaid programs (Oregon included) covered dental as well. But in general, one of the ways Congress put "Affordable" in the ACA was by continuing the peculiar American practice of treating dental insurance as a luxury separate from essential health care coverage.

Which consigns many of the people who most need it--those living near or the poverty line whose diets are higher in the simple sugars that lead to decay--to lives of drilling, filling, and extraction, when they're lucky enough to be able to see a dentist at all. The procedures for which I pay a $20 copay would be out of range for me if I had to pay full price. I'd have no more first molars or cuspids, and I'm sure other teeth would follow: thanks to growing up in areas without fluoridated water, my mouth is a patchwork of fillings.

As the endodontist worked on me yesterday, I couldn't help thinking of the two most painful dentistry scenes in cinema history, scenes so vivid I only needed to see the movies they came from once: Marathon Man, in which a former Nazi dentist uses his drill and pick as instruments of torture to extract information; and Castaway, in which the titular character, stranded on a desert island, must perform dental surgery on himself using a rock.

And that's when I realized how lucky I am: not just because I don't have a Nazi dentist chasing me with a drill; nor just because I'm not stuck on an island without a toothbrush; but because, as agonizing as getting root canals can be, I can still get them.

Congress is about to strip the Affordable Care Act of many of the provisions that make it work, turning mandates into suggestions and tax credits, and inducing the death spiral they used to like to make hay over. Without mandates for younger, healthier individuals, the ACA's requirements for covering pre-existing conditions become too expensive for private insurance companies. The ACA is the best thing Congress could come up with that expanded health care within our insanely complicated private market. Short of turning it into a genuine national health service, there's no way they can make it cheaper without kicking a lot of people off the rolls.

Millions of people are about to find out how unlucky they are, not just in losing dental care for themselves or their children, but affordable coverage of general medical care. They're going to be avoiding trips to the doctor for all but the most severe of concerns. That's going to drive many of them back to emergency rooms, the one place the poor can be sure of, eventually, getting some attention from an overworked staff.

And as so many commentators have pointed out, the people who are going to suffer the worst are disproportionately in the pro-Trump camp. That's right, they voted for the guy who's going to make it possible for them to become even less lucky than they already were.

So go ahead, crazy Kaiser bureaucracy: forget to call me with an appointment. Put me on hold for 45 minutes. Make me go on a treasure hunt to find the direct number of a clinic. Have different registration procedures in every department. Go on being your nutty, patchwork, jury-rigged selves. You're just doing what you have to do until something better comes along; and if the President and his lackeys have anything to say about it (which they do), that will be a very long time.

And while you're going about things in your eccentric Kaiser way, I will count my blessings. Things could be--and may someday be--so much worse.
Labels: ACA dental insurance Donald Trump endodontistry GOP Kaiser Permanente root canal
Location: Portland, OR 97229, USA