Bringing Balance to the Force 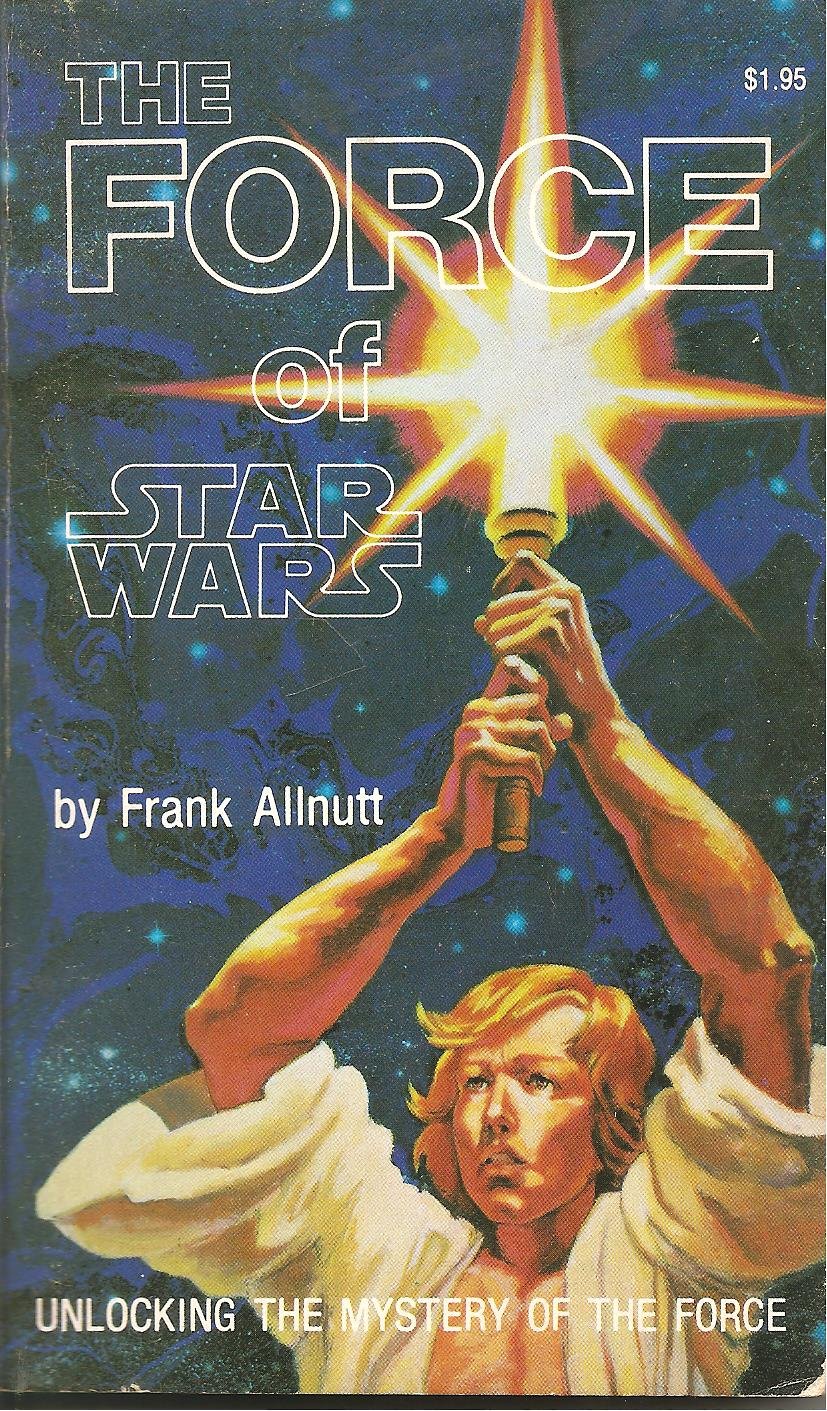 We arrived at the theater a half hour early, assuming there would be a line (there was not). The night before, we had purchased our tickets online, at an added cost of $1.50/ticket, assuming the show would be sold out (it was not). The theater was nearly full, though, and even arriving early enough to sit through all the sponsored content (ugh), we had to sit uncomfortably close to the screen to have three seats together. The ads ran, followed by a long string of previews, and then it happened: the sparkling Lucasfilm logo appeared. I gasped. Amy giggled at my excitement. A moment later, the brass chord that can mean only one thing rang through the theater, the prologue text began its crawl across the screen, and 38 years disappeared from my age.

For two hours, I had fanboy thrill upon thrill as the sights and sounds I'd been craving since 1983 filled me with delight. J.J. Abrams, himself a fanboy, had accomplished what George Lucas could not in his millennial prequels: recapture the feel of the first Star Wars trilogy. It wasn't perfect--there was much about it that reminded me that, as much as this may be a Christmas present for those who first experienced Star Wars in the 1970s, it is also Star Wars for a new generation, with our old friends making appearances that feel more like cameos (and very much looking and sounding their age), so that the new, young heroes can have adequate screen time to establish their own story. The back story of this film is far more complex than the simple setup for 1977's A New Hope, since it has to explain how the great victory of Episode VI could fall away so completely in the intervening three decades, leaving those old friends almost exactly where they were at the beginning of episode IV; plucky rebels against a fascistic galactic empire about to turn a super-weapon on the republic. But that's nit-picking: I had a wonderful time, and was grinning most of the way through. More impressively, Amy, who has a very low tolerance for tent-pole action movies, had a wonderful time. Nice work, J.J.

Despite the previous paragraph, I didn't set out to write a review. My goal today is to do something different, something inspired by another blog: I'm going to reconsider the heart of the prequel trilogy, three spectacular duds that I mostly wish didn't exist. I'm doing this because David Houghton, who blogs about video games, put up an essay that caused me to see something profound in those poorly written and directed showcases for CGI. All though Houghton never mentions Jung or Taoism by name, he makes an excellent case for these philosophies being the spiritual heart of the trilogy.

In a nutshell (and, again, using language Houghton does not), the two sides of the Force, and the quasi-religious orders affiliated with them, function as both superego/id and yin/yang. The dark side of the Force is served by the Sith who, in Houghton's framework, are Randian libertarians, dedicated to full self-actualization, no matter what the cost. The Jedi, on the other hand, are puritanical warrior priests who impose their ascetic morality on all who follow their belief system. Their monastic lifestyle has no place for romance or sexuality: they replenish their numbers by recruiting small children. The Sith, on the other hand, seem mainly to consist of rogue Jedi who have been wooed to the dark side by Sith Lords.

In Jungian terms, the Jedi are the superego, the Sith the id. Uncompromising, incapable of seeing any value in each other's philosophies, they fight an endless war of ideas. The vast majority of citizens of the galaxy are caught in the middle, their very existence at the mercy of whichever power is currently dominant. Periods of Jedi dominance may appear more peaceful, but it is the peace of imposed order. Ironically, in order for the Sith to dominate, they, too, must impose order, as much as it flies in the face of their devotion to the far more chaotic dark side of the Force.

The system is utterly dualistic, with no room for any kind of Third Way--although, it could be argued, that middle path would be where most of the people of the galaxy live out their lives. In fact, in the world Lucas built in his prequel trilogy, there are significant parts of the galaxy--including the underbelly of Coruscant, the capital world--where people do all they can to escape notice by either the Jedi or the Sith, preferring instead to simply live their lives as they see fit. These same people are, sadly, caught in the crossfire as the warriors of the Force duke it out for galactic dominance.

But what if someone could, in fact, bring balance to this see-sawing war of good and evil? What if there could be an individual who could bring the yin and yang of the Force together, could find a way for them to coexist? What if there was room in the galactic ethos for both shadow and light? 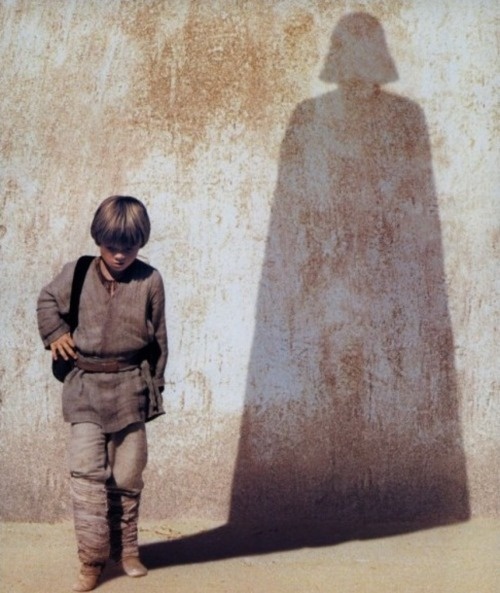 That balance is Anakin Skywalker. And what George Lucas did to the prequels, the Jedi did to Anakin, setting him on the path to becoming Darth Vader, the emperor's enforcer. I'm not going to go into any more detail about how this happened, becauseDavid Houghton did a fine job explaining it in his essay. But it is tragic, both fictionally and literally, that the potential for greatness is neither adequately understood by the Jedi, who could save civilization by setting aside their dogmatic ways and permitting Anakin to bring a true yin-yang balance to the Force; nor by George Lucas, who let his baser instincts turn what could have been thought-provoking philosophical science fiction into an empty-headed explosion fest populated with ethnic stereotypes, voiced with wooden dialogue, and jarringly interrupted by slapstick and potty humor.

Lack of balance is what brings down first the Republic, then the Empire, and now, once more, the Republic, then it's also what is placing our own real world at risk. In a series of movies that frequently flaunt the laws of physics, and in which credibility is constantly strained by coincidence, the one element of realism that speaks to the heart of suffering in our own world is this imbalance.

Spiritually, I've always known this to be a problem. As a teenager, I longed for a theology or philosophy that could make sense of the world as I was experiencing it. Growing up in a parsonage, I hoped to find the answers in Christianity--and yet I find myself tormented by doubt. Star Wars, as much as it appealed to my boyish love of adventure, also prodded me to consider the possibility that there might be a philosophy that was truer, for me, than the mainline Protestantism in which I'd been raised. That's what led me to purchase The Force of Star Wars--only to discover that slim volume was nothing more than an evangelical tract using Star Wars imagery as an allegory for the gospel of Jesus Christ. This left me disappointed, frustrated, knowing there had to be more. Ultimately, I went to seminary in search of the balance I couldn't find in the church I faithfully attended every Sunday. Strangely enough, I found it in a class so poorly taught that it confused and frustrated me every time I attended. It was called "Religion in a Global Perspective," and for all the ineptitude of the lectures, it introduced me to Buddhist philosophy and the concept of balance.

That's where I am now. I am most fully myself, I now know, when I can balance my natures: head and heart, freedom and discipline, selfishness and altruism, artistry and utility. Theologically, politically, philosophically, my preferences are on the extreme left, but I choose not to live as an extremist. Keeping myself in balance, I am content, centered, fulfilled.

It's a lesson I was first exposed to in 1977, but it's taken me a lifetime to internalize it. I don't always live it, either: there have been plenty of times in the last year when outside forces have upset my balance, led me down the path to anxiety, frustration, even panic. At times like these, I am realizing, I need to channel my inner Yoda. Not the Jedi ascetic of the prequels, mind you: the cranky but serene master of Dagobah. I need to appreciate where, and when, I am, letting go of where I want to be, or what will happen next. Only then will I be able to levitate X-Wings, striking the ideal balance between the shadow and light of the Force.

That's where I will leave this discussion, closing with the obvious benediction:

May the Force be with you.
Labels: balance Jung Star Wars taoism yin-yang
Location: Portland, OR 97229, USA