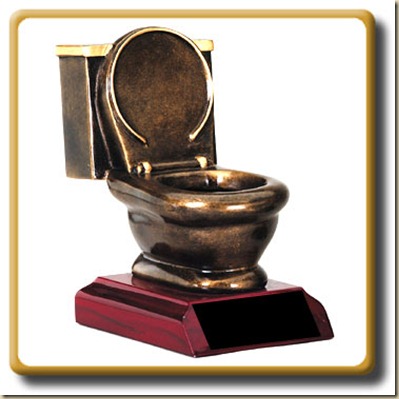 I couldn't believe what I was hearing.

The year was 1981, and we had just gotten out of a jazz ensemble rehearsal. That year, jazz rehearsals had been scheduled at noon, which meant by the time we got out, it was too late for me to have lunch in my dorm, which only served it until 1:00. That meant eating on the east side of campus, where the kitchen stayed open until 1:30. While I missed eating with my friends, I was able to forge relationships with two of my fellow jazzers, whose names now escape me, and through them, to gain some insights into Greek culture.

During this particular lunch, the usual topics of conversation--courses, professors, whatever charts we'd been working on during rehearsal, trumpet technique--never emerged, because my two bandmates launched into a pissing match over their drinking exploits; more to the point, with the messy aftermaths of said exploits.

And that's when one of them described the Blow Chart hanging in the common room of his frat house.

It seems this fraternity had a contest for which brother vomited the most times in the semester, for which he was awarded some kind of ironic prize--a statuette of a toilet, perhaps--and this young man was at the top of the rankings, thanks in large part to his frat house's infamous "green punch," a cocktail of lime Kool-Aid and Everclear.

Let's put this in perspective: I had an extremely sheltered childhood. My parents had both grown up Baptist tee-totalers, and had passed that value on to their children. In high school, I naturally gravitated to a group of friends who, as far as I knew, shared that belief in abstaining from alcohol, tobacco, and drugs. In college, my circle of friends were similarly quite cautious about those substances, though a few of them did some mild experimentation with punch at parties. These guys I was having lunch with were my first exposure to the phenomenon of drunk-bragging, and I was appalled. It utterly changed my opinion of both of them. I never shared this with them, but they were now debased in my mind's eye. I continued eating lunch with them (there was nowhere else to eat at that hour), but every time we'd sit down I'd be hoping and praying the topic would not turn to hearty partying; and when, the following year, the jazz rehearsal was moved to late afternoon, I was relieved.

If you know me now, you know I've lightened up in my attitude toward alcohol and other substances--but only up to a point. Yes, I enjoy beer and wine, and even the occasional cocktail. But I don't care for intoxication, either in myself or in other people. When people drink to the point of major impairment, I find them difficult to be around. When they drink to the point of vomiting or, worse, blacking out, my automatic conclusion is that they've got a drinking problem, and need to be in a program.

But wait, you say, weren't those bandmates young adults, barely of drinking age, possibly even under age? You're right. They were. And while knowing that does partially absolve them from the irresponsibility of making a game out of alcohol poisoning, it also indicts another, silent abettor to their behavior: Willamette University, and, by extension, every other residential college or university in the United States where faculty and staff look the other way as students drink themselves to the point of illness, unconsciousness, and, all too often, death.

Why am I writing about this now? Because I came across this blog post by Glennon Doyle Melton. In it, she writes about returning to her alma mater, James Madison University, for a speaking engagement, and finding herself flashing back on her own drunken history there and, terrifyingly, the utter silence of the staff members she turned to, seeking help. She writes about how common her behavior was--in her sorority, all the girls were asked to please flush after vomiting, and to try not to get arrested so often--and yet no-one in an advisory role offered to get her, or any of her peers, the help they obviously needed, to provide them with anything approaching guidance on safe, responsible behavior. As I read her memories of that time, I was reminded of one of my brothers, not as fortunate as me in his freshman dorm assignment at Oregon State, who wound up with a roommate who vomited in bed several times a week.

When we send our children to college, we expect there will be some semblance of supervision. We hope that the resident assistants, head residents, deans, counselors, professors, and coaches will be keeping an eye on them, watching for signs of crisis, serving as role models, referring them to appropriate care when the great adventure becomes too much for them. Unfortunately, at least in my experience of both college and graduate school (which, I must admit, I have not had since 1991), that just wasn't there. Yes, if I needed to talk to someone, there were people I could go to who would help me sort out whatever was weighing on me. But most of the time, apart from when I was in class, what supervision there was came from people my own age.

I suspect that, at least in my college days, this was because people just didn't know how much the brains of these semi-adults still had to experience. It's now accepted that the human brain doesn't become fully adult until the mid-20s, which helps explain why one of my grad school mentors, Charles Leonhard, would only teach grad students because, in his experience, something "magical" happens with the awarding of a college degree. Not a high school diploma: we're talking about something that happens 4-6 years later for most.

And yet, the people with the most experience working with these young adults have traditionally been the least engaged in supervising and mentoring them through the experiences that will most shape their lives outside the workplace. It wasn't just my bandmates who engaged in risky behavior. I remember the editor of the college newspaper being the girlfriend of a physics professor who was at least thirty years her senior. When he retired, he was universally lauded by the university community. Then there was the law student who washed out in his first semester, attempted suicide, and continued to live on campus for months after giving up, without any intervention coming from the law faculty.

We like to think that college is a place that will nurture our children through the transition from living at home to being on their own, and for many, it does serve this purpose. All too often, though, it's a roll of the dice: if they don't find a supportive group of friends as I did, or seek help from the right people when they're struggling, there's a good chance they won't make it. College, it turns out, is not so much a wading pool for beginning swimmers as a cliff dive into shark-infested waters with no lifeguard on duty.

Hillary Clinton has been pushing college reforms that will lower costs and place restrictions on predatory loan companies. I've got no problem with that. I just wish it went deeper. I'd like to see our colleges become not just institutions, but communities of learning, and not just about academics, but life itself. If our young people are fortunate enough to find the guidance and support they need, they can be transformed by the college experience into confident, passionate, productive adults. If not, it may take them years to recover from what happens to them during those years. If these things happened to them while they were in public schools, there would be investigations, disciplinary hearings, firings, perhaps even jail time for the asleep-at-the-wheel teachers and administrators. In college, it's par for the course.

It's time college professionals became, like public school professionals, social workers as well as educators. It's the right thing to do for the education of our students: they learn better when they're healthy, sober, and safe. More than that, it's the human thing to do, making sure that, unlike Glennon Doyle Melton, our future alumni and alumnae can look back on their college years with nostalgia and pride.