Church of the Here and Now 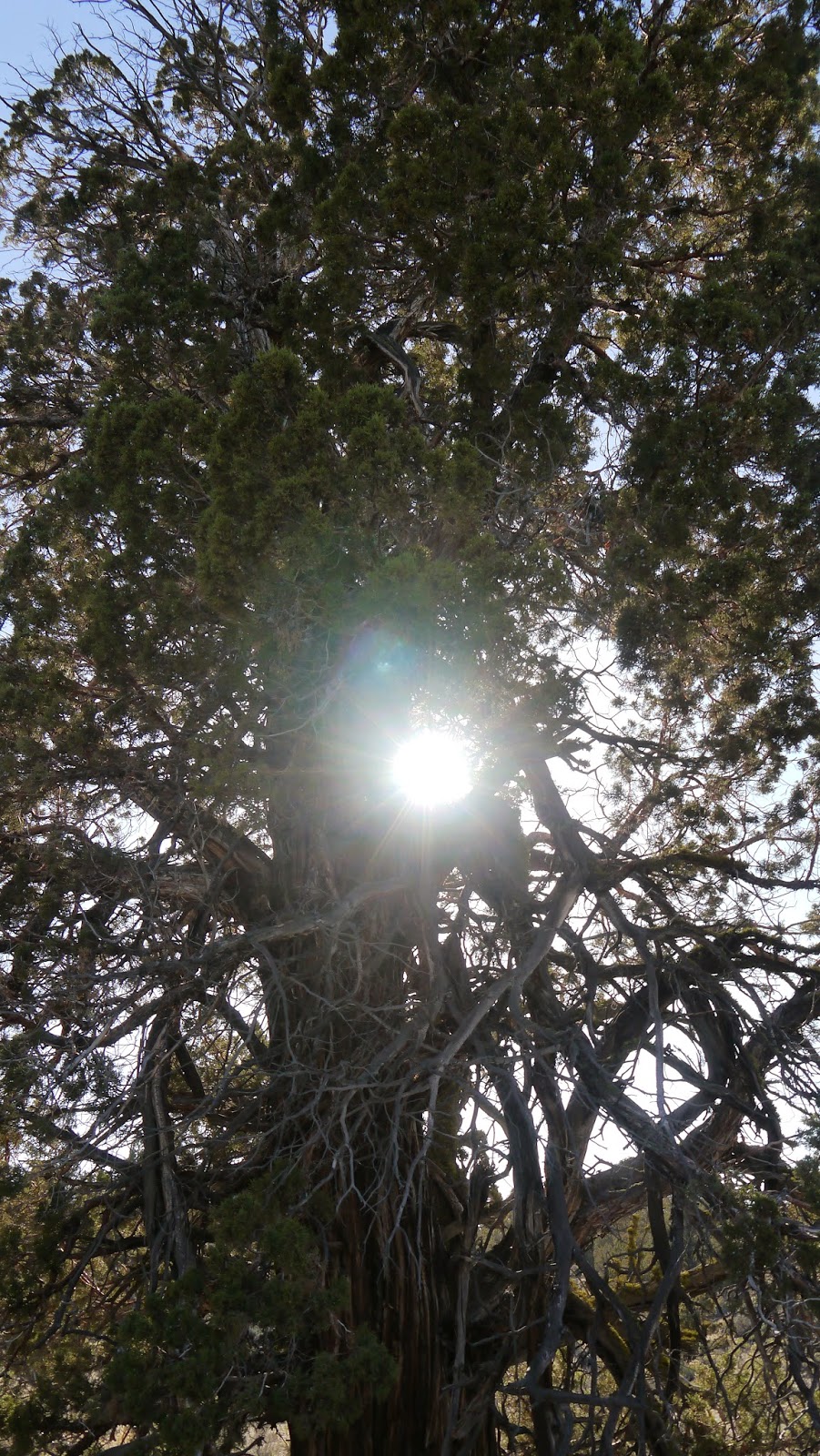 This is my third post in a row that has the word "church" in its title.

I've been wrestling with religion for most of my life. Faith never came easily for me--and, as it turned out, it didn't come the hard way, either. I tried for years to follow the advice Peter Boehler, a friend of John Wesley, gave him during one of his own many crises of faith: "Preach faith until you have it; and then, because you have it, you will preach faith." I tried, and failed: the faith that is Methodism and, much more than that, Christianity, simply would not take root in me.

And yet, even as the faith I strained to possess eluded my grasp, I found myself experiencing a gradual warming of the heart from unexpected sources: mountaintops, finish lines, friendships, concerts, novels, workouts, intimate moments. It took me three decades of such epiphanies to put them all together and realize just what I was being told by them: let go of yesterday, let go of tomorrow, just be present in this moment, this place, and let all those other things take care of themselves.

It's a radical call to one as immersed as I was in heilsgeschichte, the thoroughly Judeo-Christian idea that God has been at work throughout the history of the universe, and will continue to work until its end, to bring all things to shalom, the peace that comes from being made whole. When I was first exposed to this idea during my first week of seminary, I was enthused by it. I've always been intrigued by historical trends and efforts to make sense of them, as Isaac Asimov did in his Foundation series. Salvation History posits that God's purpose is working itself out across the generations so that, while we may have glimpses and inklings of what Creation is becoming, we can never know its full wonder. Many of my momentary epiphanies felt to me like sneak peeks at the Kingdom, and I liked feeling a part of the great movement of history toward ultimate apotheosis.

Unfortunately, my overall experience of history, both personally and globally, ran counter to this sense of ultimate meaning. Yes, I could see the gradual expansion of civil rights as an evolution of human consciousness toward a transcendent identity, a full embrace of the divine image in which all people are made; and yet, I could not ignore the prevalence of chaos in every era, the miserable constant of genocide, the sense that every generation has to relearn far too many lessons for progress to be anything more than a shift in perception. Should we find ourselves in another medieval period thanks to some terrible interplay of climate change, population pressures, and depleted resources, much of that progress may simply evaporate. If it does, it'll be far from the first time humanity has risen to some peak of civilization, only to have to relearn all the lessons that got it there.

I've seen this in my own life, especially as I've put it in the context of adult development and, more recently, child development. I've seen that every human has to learn some lessons the hard way, that no amount of teaching by a wise adult can be a shortcut around the school of experience, and that, at every age, we keep going through the same archetypal experiences as our ancestors. My crises of parenting, marriage, and career are of a kind with those of my peers, and I see them being played out all over again by the next generation of parents as their children--my students--reenact everything that my children went through, and that I remember going through myself when I was a child. Everything old is new again, and yet there is nothing new under the sun.

All of this calls into question the whole notion of human progress, whether materialistic or divinely ordained, and of imposing any structure of meaning on history. More than that, it highlights the wisdom of the tao, of being present in this very moment, experiencing the balance of all things, positive and negative, savoring all stimuli, and living a life of successive moments. I've lost a lot of sleep to regrets and worries, railing against the injustices in my past, fretting over what will become of me and the people I love. How much better it is to let oneself be fully present in the experience of resting, breathing, passing from wakefulness to slumber.

Meditating on all those small epiphanies I alluded to earlier, I see that they have one commonality: what made each special was the moment in which it took place. Breathing the sweet pine fragrance of a Cascadian peak, wringing out the last calorie in my system to cross a finish line after more than four hours of running, sensing the full presence of my lover as our eyes lock, savoring a mouthful of tart saison, delighting in the wide-eyed sincerity of a child--all of these are moments the transcend time. Countless humans have shared such moments, countless more will share them in days to come. They gain nothing from being placed in the great continuum of history. They are simply moments when the universe makes sense to an individual in a spectacular, intimate way.

And now, at 54, I realize that this is the religion I have always wanted: just to fully be, without needing to become something else. To be running, not to get somewhere, not to achieve some important goal, but because running itself is an experience to be enjoyed. To arrive at a mountain meadow and to drink it in with all my senses, not (as I did on one memorable hike in the Cascades sixteen years ago) to see all that sublimity through the viewfinder of my camera until I am on my way back down, and realize I've not allowed myself to be in that place as a human being, rather than a picture-taking machine. To rejoice in the flow of conversation at a gathering of siblings, coworkers, friends. To be utterly immersed in improvising at the keyboard, my fingers flying, my mind darting ahead just enough to be sure that the chord changes will happen at the right time, anticipating and simultaneously prompting my fellow improvisers to adjust the songs they are creating so that the entire work we are doing is seamless, fresh, original, complete.

I've railed many times against the excesses of institutional religion, the ways in which it drains life from faith, enforces uniformity on individuals, destroys spontaneity. You might think from what I've written thus far in this post that I'm proposing a religion of utter individualism, a private faith to be practiced by oneself. You wouldn't be entirely wrong: the spirituality I have come into is something I experience, for the most part, in private moments. But there's more to it, much more, and in fact, there is a communal aspect to it without which it becomes a kind of cloistered monasticism.

And I'm not inventing this from whole cloth. The interior life is essential to spiritual well-being. Probably the greatest error of mainline Protestantism has been its drift away from personal spirituality in favor of large worship gatherings. A spirituality that over-stresses the external will ultimately collapse of dry rot. John Wesley's Methodist reforms were a reaction to the sterility of Anglican worship in early 18th century England, and the movement he created was solidly grounded in individual spiritual discipline, supported by small group gatherings. That largely fell away in American Methodism, and despite an attempt to revive the concept of the covenant group in the 1980s, is still mostly absent from the denomination. I can't help but think the same is true of other mainline churches, and probably is a contributing factor to their decline.

But it is far too easy to slide into the opposite extreme, a spirituality that mirrors the hyper-individualism of the American ethic. Human beings are not made to be alone. We need the company of others, and we cannot experience our full humanity in isolation. I say this, again, from experience: as an introvert, I have gone on many solo pilgrimages, and gained much from them; but there always came a point in those journeys at which I found myself longing for company. Sometimes that hunger can be fed by a conversation; at other times, it needs more, sometimes much more.

My most powerful communal worship experience took place at an arena rock concert. The year was 2005, the venue was the Rose Garden (home of the Portland Trail Blazers, now known as the Moda Center), and the band was U2. For their final encore, they sang "40" an obscure song from one of the earlier albums that uses this text from Psalm 40:

At the end of the song, the audience was encouraged to sing the line "I will sing, sing a new song" over and over again as the members of the band took bows and left the stage. The singing continued, over and over, 40,000 voices joined in a simple refrain, no longer singing with the pop stars they had come to see, but just with each other. It was powerful, moving, and utterly transcendent of any creed. The fact that we many who had come to experience this concert were now joining our voices without them was, itself, a new song, something I had never experienced before and have not since. It was an epiphanic moment, the epitome of what I have been describing, and it could not have happened in isolation. However great the music I may make by myself, without an audience or fellow musicians to share it, it is ultimately unsatisfying, more exercise than art.

I imagine a new kind of church, a church that is not tied to a creed, a faith, a religion in all but the most general sense of the word, a church the spirituality of which is grounded in embracing transcendent moments. It is a gathered community of moment-seekers who understand that what matters most is being present--by themselves, with each other, for each other--and that that presence is itself the highest form of spiritual practice. They worship on trails, across tables, in jazz clubs and concert halls, gymnasiums and racquetball courts, living rooms, school rooms, parks, playgrounds, wherever two or more can come together to create a moment of transcendent presence. Some of those moments will be times of service. Others will be times of self and mutual indulgence. The creed of this church can be summed up in the verb "to be":