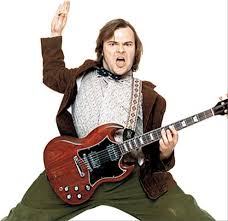 It wasn't until my second year of teaching elementary music that I learned I was special.

I'm sure the word was in use long before that, but somehow I had never heard it before. And no, I don't mean "special" in the sense of "special education" (which, in education vernacular, has evolved to "sped"). In an elementary school, a "special" takes an entire class of students off their homeroom teacher's hands for a set amount of time. Specials, recess, and lunch are usually the only time during the school day that classroom teachers have for prep--and it's rare that recess and lunch are entirely student-free. Kids have a way of needing their teachers during those periods, whether it's for some one-on-one tutoring, as a reward for good behavior (lunch in the classroom!), or as a punishment for bad behavior (recess in the classroom). Specials in most schools are music, PE, and library; a few schools add a dedicated art teacher to that mix. Two times a week is the norm for each special--or used to be; budget cutbacks sometimes put specials on an every-seventh-day schedule.

In any case, I learned in 2004 that I was a special, and it bothered me. Please don't misunderstand me, I love it that, for many children, my class is the highlight of their day. What I don't like is that music is a privilege, a luxury that can be easily lined out when there's a budget crisis (as happened to my first job in Banks), or held back when a student is misbehaving (as happened to me just last week with some challenging first graders). It bothers me, too, that, as far as many teachers and administrators are concerned, music, PE, library, and, if they're really lucky, art are convenient things plugged in to the schedule to provide contractual prep time. Math, science, and, especially, reading are not special; they're essential.

Music has been "special" almost since it first entered the American curriculum. Puritans eschewed music as frivolous, even sinful. The purpose of education was creating pious, industrious adults. Music was for leisure, entertainment, and contributed nothing to the character of young students.

In time, more enlightened educators realized that music was as essential to human existence as any of the other humanities, though it still was of less importance than literacy and mathematics. In many states, music became a legislated part of the curriculum. This was true in Oregon when I had my first, brief foray into public education.

And then came the ballot measures.

It was like a wild fire, so naturally it started in California. It was promoted as "property tax relief," but really it was an income redistribution, shielding primarily wealthy landowners from paying a fair share of public services like law enforcement, fire departments, and public education. Budgets were slashed, class sizes grew, infrastructure crumbled, and much of what made education enjoyable and motivational for students was recategorized as non-essential. Music, art, physical education, library: all of these went on the chopping block. Many districts worked creatively to minimize the impact, reducing hours, sharing teachers across buildings, rewriting job descriptions so librarians no longer had to be certified, replacing PE with additional recess time, guiding classroom teachers into art methods courses so, again, certified specialists could be laid off. It was harder to do this with music: many adults shy away from the notion that they have any musical ability at all, let alone the ability to teach students to sing, dance, and play music. Still, the demands of budgeting could not be forestalled, and many like me joined the ranks of unemployed art and PE teachers.

When we came back, if we came back at all, it was as a special. The message was clear, as I've heard many a classroom teacher express it: music is a privilege. Don't count on it. We lost it a couple of years ago, and now it's back, but it could go away again. If it does, we'll still get our prep time, but it will mean hiring additional classified staff to monitor extra recess. Instead of learning to sing, play, and move with music, you'll spend more time on the playground.

It's a hard thing to be special, especially when, as any musician worth his or her salt will tell you, music is so much more than that. Music is essential in the best meaning of the word: that which pertains to or contains the essence of a thing. Let's be honest here: once one leaves school, math is really only important to those pursuing scientific careers. The math I use is mostly stuff I learned in primary school. Algebra and geometry rarely intrude on my life, and I haven't used trig or calculus since I studied them in the late 1970s.

Music, on the other hand--

Well, okay, I am, after all, a professional musician and a music educator. But that's beside the point: music pervades my life, as it pervades yours, no matter what you do for a living. It's everywhere. I'm blessed that I have the knowledge and ability to interact with it. For many of you who lack this learning, music is still essential. Put together a playlist of all the songs that matter to you, and you'll have as good a personality profile as can be had. Music ennobles, empowers, inspires. Is it a thing of truth and beauty, presented in the abstract, that is far more portable than any visual artwork can hope to be. It moves us spiritually and physically, imparting grace to our gestures, enjoyment to our progress, a context to our relationships. Music will be with you until the day you die--something that cannot be said of mathematics or literacy.

I am literary, as well as musical, and I have a scientific side as well. I am not writing this to suggest that any of the three Rs should be scrapped to make way for music. What I am arguing is that music is as essential to the curriculum as any of those other disciplines; that an education without music is dry, sterile, and ultimately not much fun.

So please, don't call what I do a "special," and please don't hold your misbehaving students back from my class to teach them that music is a reward, a privilege that can be revoked for bad behavior. You wouldn't withhold a math or reading lesson from them, would you? What I do matters much more than recess. For some students, it may make the difference between dropping out and staying in school. For all students, it will elevate them far beyond what they can be from extra recesses.

In a word, music is as essential to your children's upbringing as anything they'll learn from their classroom teacher. It's so much more than special.
music education public school special
Location: Hartley Elementary School, 701 Northeast 185th Place, Portland, OR 97230, USA